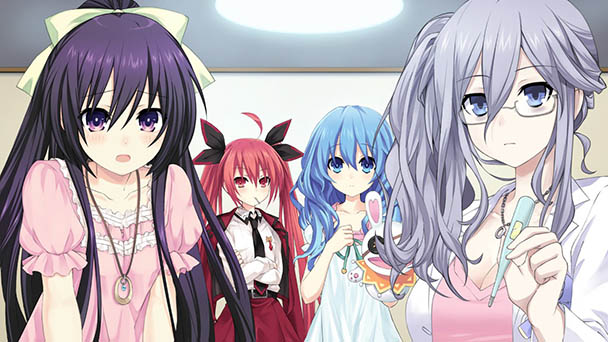 Armageddon is ubiquitous in modern media, with audiences seemingly obsessed by plotlines that depict the multitude of ways the world might end. But save for a few subversively pessimistic works, mankind typically comes up with a feasible solution to avert natural disaster, pathogen, or even nuclear war. When the alien invasion came for Mel Gibson and family in M. Night Shyamalan’s Signs, all he had to do is douse the assailants with water. How implausibly convenient!

With the release of Date A Live: Rio Reincarnation, the apocalypse ends up being more attractive. Initially, disaster is painfully tragic, with the light novel, manga, and anime depicting a ‘spacequake’ that devastates Eurasia, leaving 150 million people dead. But the seismic activity that follows for the next thirty years isn’t caused by shifting tectonic plates. Rather, the tremors after the great disaster are the result of spirits arriving in our world. 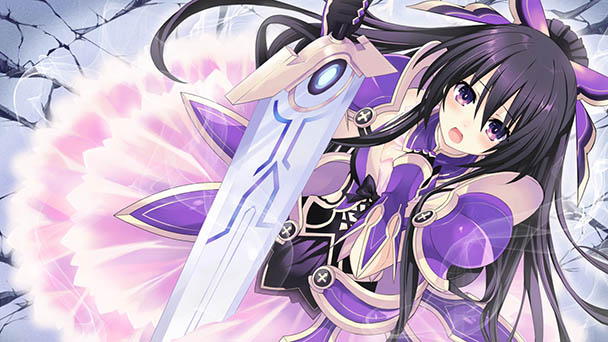 Most forms of media might depict these trespassers as hideous non-humans. But Date A Live’s first depicted spirit, Tohka Yatogami, resembles a beautiful goddess. Drawn by Tsunako, the character designer and artist behind Hyperdimension Neptunia and Fairy Fencer F, certainly lives up to Date A Live’s description of being “impossibly beautiful”. With long, dark-purple hair and correspondingly colored eyes, she first arrives in a knee-length skirt and corset, cuffs, and boots- an exquisite outfit known as her Astral Dress.

Fortunately, Tohka isn’t the only stunning spirit, with Date A Live delivering a bevy of beauties in prototypical harem formula. Rio Reincarnation is an anthology of three visual novels, with Date A Live: Rinne Utopia and Date A Live: Ars Install setting things up for the set’s eponymous sequel, Rio Reincarnation. Pleasingly, the package bundles the art book, light novels (Rinne’s Bathtime, Arusu’s Quest, and Rio Reunion) and five drama CDs that came with the original Japanese release. The latter are presented in Japanese, so unless you’re fluent, they’ll make for an interesting curio. 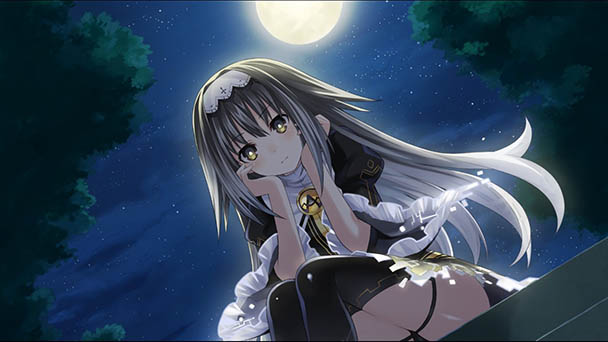 Love is All We Need

As with almost any harem fantasy, you play the role of an everyman. Staying true to convention, protagonist Shido Itsuka is an otherwise ordinary second-year student blessed with one incredible power: the ability to seal the potentially lethal powers of a spirit with a kiss. As we follow Shido down a rabbit hole teeming with apocalyptic capacity, startling new discoveries emerge. For one, his adopted little sister, Kotori Itsuka, is an archetypal tsun whose demeanor shifts with the color of a hair ribbon. She works for a clandestine organization known as Ratatsokr, who aims to save the spirits through peaceful means. Unsurprisingly, others aren’t opposed to the use of force, complicating Shido’s activities.

While most of the preceding paragraph is summarized at the beginning of Rinne Utopia, those who truly want to commit themselves to Date A Live are encouraged to truly absorb the entire property. Rinne Utopia follows the events after the first season of the anime (or the first four volumes of the light novel). Pleasingly, it offers an original story penned by Koushi Tachibana, the author of the light novels. As such, the novel maintains both the life-threatening circumstances as well as the prevalence of playful comedy. 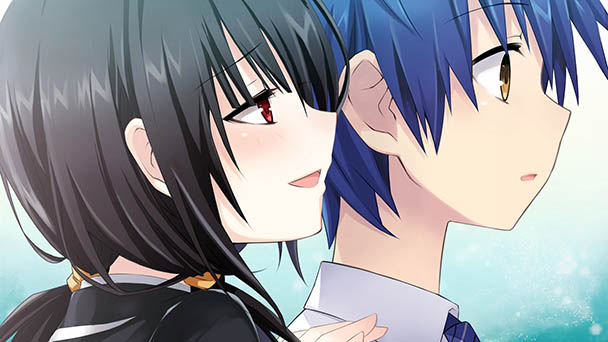 The Good, the Bad, and the Yandere(ish)

Often, branching visual novels have a single gratifying ‘true’ ending and an assortment of weak to acceptable, non-canonical ones. It’s here that Shido’s dates and side-events determine outcome, with each girl have their own good and bad endings. Wisely, Date A Live’s decisions don’t typically lead to unexpected circumstances and you won’t have a worry about juggling a group of fussy ladies. If you have your eye on a best girl, it’s easy to court her. But that said, seeing all of the endings is going to be tricky. Supposedly, there’s even a yandere-ish ending that’s notoriously difficult to obtain and getting to the true ending involves seeing the other positive outcomes first.

While Rinne Utopia is a rather protracted affair, Ars Install offers a shorter but equally enjoyable experience. This time out, Shido becomes trapped in a digital simulation while testing a VR system. In execution, the set-up allows for some truly amusing sequences, involving dream-like scenarios involving playing doctor, twin succubae, and even a magical girl. For a series willing to engage in some lively, albeit light-hearted fan-service, Install is a lot of fun- especially with the trio of new spirits. 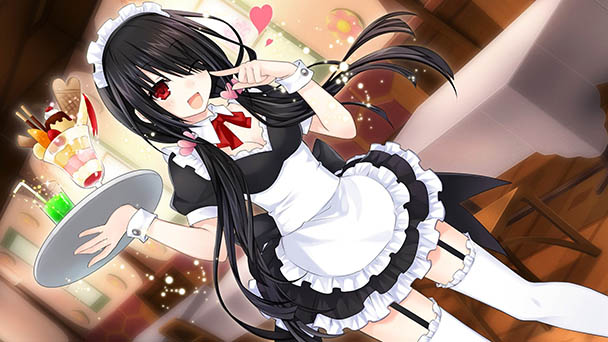 I Love it When They Call Me Big Papa

Rounding out the compilation is Rio Reincarnation. Since this novel builds on characters and context, you’re advised to play through both Rinne Utopia and Ars Install before venturing forward. Yes, there’s a digest that encapsulates major plot points, but you’ll also witness a major Utopia spoiler. Much of the delight stems from interaction with Reincarnation’s new character, Rio Sonogami. An angelic, plum-hair character, she explores a narrative first introduced by one of Utopia’s endings.

Date A Live: Rio Reincarnation’s localization is fairly proficient, save for a few minimal blemishes. Spelling and grammar errors are infrequent, but keen eye will spot a few across the collection’s play time. But more concerning is the game’s inflexible key bindings. Largely, Reincarnation has some peculiar defaults, with ‘K’ used to advance text and the semicolon key used to change books. Many of these can be changed to a more standardized key, but oddly, the space bar can’t be assigned a function. 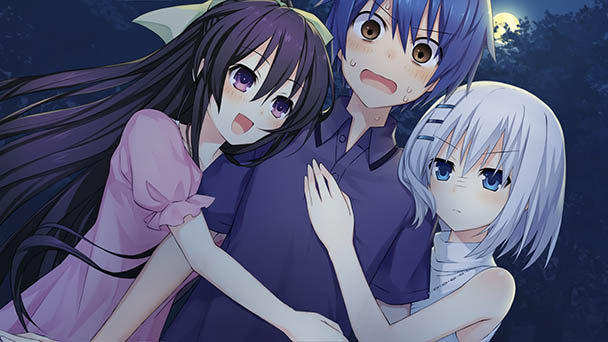 Date A Live: Rio Reincarnation demonstrates why the property is overwhelmingly popular Japan. Turning the conventional tale of cataclysm into a spirited dating simulation proves to be an exceedingly ingenious idea. Across the collection three novel and supplementals, co-developers Compile Heart and Sting take the concept and push it in a multitude of different ways, offering everything from existential examination to slapstick comedy without ever seeming incongruous. Credit should also be given to Tsunako, who delivers a drip-feed of gorgeous character art.

Date A Live: Rio Reincarnation review
Armageddon is ubiquitous in modern media, with audiences seemingly obsessed by plotlines that depict the multitude of ways the world might end. But save for a few subversively pessimistic works, mankind typically comes up with a feasible solution to avert natural disaster, pathogen, or even nuclear war. When the alien invasion came for Mel Gibson and family in M. Night Shyamalan&rsquo;s Signs, all he had to do is douse the assailants with water. How implausibly convenient! With the release of Date A Live: Rio Reincarnation, the apocalypse ends up being more attractive. Initially, disaster is painfully tragic, with the light&hellip;

Summary : Date A Live: Rio Reincarnation isn’t just a collection of three visual novel and some supplements. It’s a primer for a fascinating, fan-delighting franchise that shouldn’t be missed by visual novel fans.