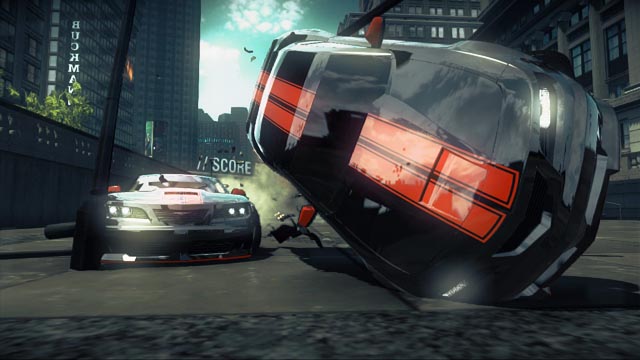 Like most burgeoning industries, globalization is having a sweeping effect on our games. From the undeniable Western influence that has permeated through titles such as Metal Gear Solid 4: Guns of the Patriots to the North American-developed Dead Rising 2 (which seamlessly mimicked its Japanese-germinated predecessor), players are seeing an upsurge in transcontinental intermingling. The latest instance of this trend can be found in Ridge Racer Unbounded, where Namco-Bandai handed over development duties off to Helsinki-based Bugbear Entertainment, a studio best known for the FlatOut racing series.

At first, the decision seems both an unlikely and ill-fitting choice. The Ridge Racer series has consistently focused on exaggerated drifting, while disregarding elements such as car damage or environmental collision. Meanwhile, Bugbear’s games have offered a deliciously crunchy, organic experience- often exhibiting tracks which fill with debris as racers tear up the topography. Yet, after a few laps, Unbounded’s ambitions become evident, as the title unites qualities from this generation’s top racers, rescuing Ridge Racer from the throes of redundancy. 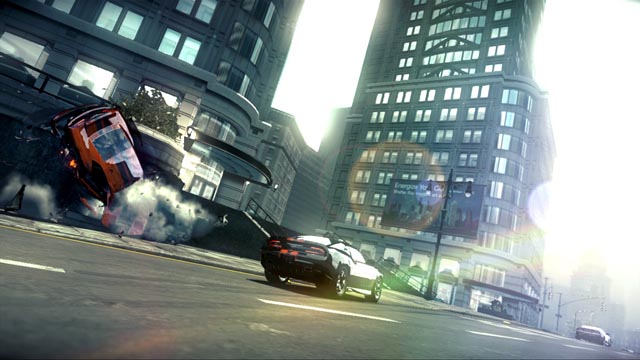 In execution, the game’s lone tribute to Namco’s renowned racing franchise is found in the drift, as players careen around corners in an attempt to fill their power gauge. Yet, whereas Ridge Racer often incorporated effortless glides which necessitated little more than a rudimentary knowledge of track layout, Unbounded’s hand-brake assisted bends require meticulous mastery of your vehicle. Initiating a drift too early or too late will likely push players into an unyielding wall, while the failure to countersteer can result in a devastating spinout. Those accustomed to the light weight and agile handling of previous entries in the Ridge Racer series will likely have to acclimate to the substantial heft of Unbounded’s cars.

Beyond deploying the power meter to rocket though straightaways, players may also use a surge of speed to smash into opponents, resulting in Burnout-esque sequences which flaunt the carnage in slow motion. Alternatively, once the gauge is filled, the game will highlight different parts of the environment that gamers may also break though, suggesting the possibility of a shortcut. While both of these techniques are satisfying to watch, exhibiting fiery Michael Bay-like blasts, they don’t allows provide a distinct advantage. Between immediately respawning rivals and alternative routes which only shave off milliseconds, success is stimulated by exemplary driving rather than a salubrious amount of destruction. 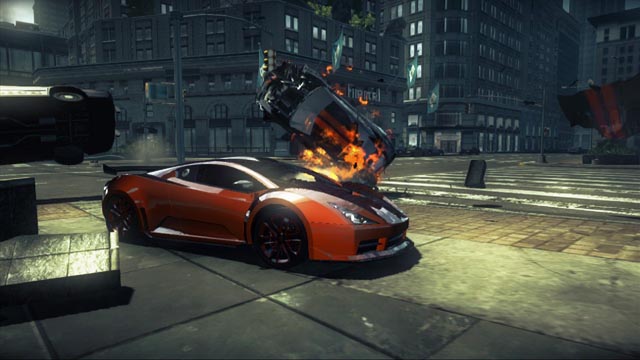 Undeniably, Unbounded’s most absorbing element can be found in its robust two-step track editor. First, budding designers lay down basic path pieces such as straightaways and a variety of curves on a grid-based board. Moving into the advanced editor allows players to drop a multitude of rousing features- from explosive fuel trucks, breakaway boxes, and destructible pillars.  After polishing their creation and adding optional event objectives, players have the option to upload their track for all to share. Generally, the course designer’s menu is intuitive, making creation an agreeable process. Since custom tracks, along with daily trails, as well as traditional eight player head-to-head heats all help to comprise Unbounded’s multiplayer component,  there’s a healthy amount of challenges beyond the title’s main campaign. 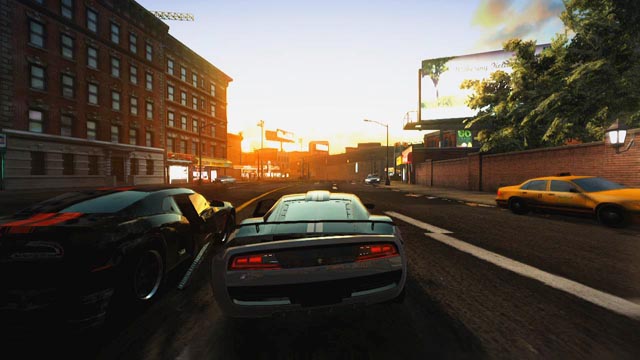 Although fashioning a distinctive aesthetic amidst a surplus of racing games must have been a daunting task, Bugbear proved successful. Across each of the game’s nine locations, preposterously polished cars reflect the drab environments around them, while emitting neon swaths of orange every time they hit the turbo. Contrasted against backdrops lit by radiant setting sun, Unbounded looks consistently lustrous, and is further elevated by an unshakable thirty-frame per second refresh rate. Cleverly, the game is able to offer an unobstructed perspective of the action by transposing vital information onto environmental objects.

Although a Ridge Racer entry in little more than title only, Unbounded is a persistently pleasing game which feels like an amalgam of this generation’s best entries in the genre. By blending Burnout’s takedowns, Split/Second’s environmental obliteration, along with Trackmania’s playful courses and compelling editing features, Bugbear’s efforts should feel contrived. Yet, Ridge Racer Unbounded’s jumbling proves to be synergistic, offering a must-play experience for fans of break-neck speed and wanton demolition. 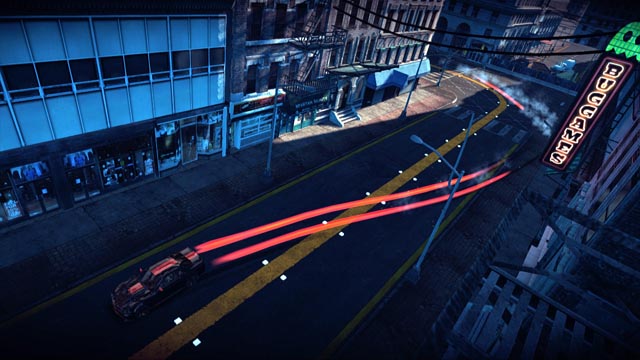