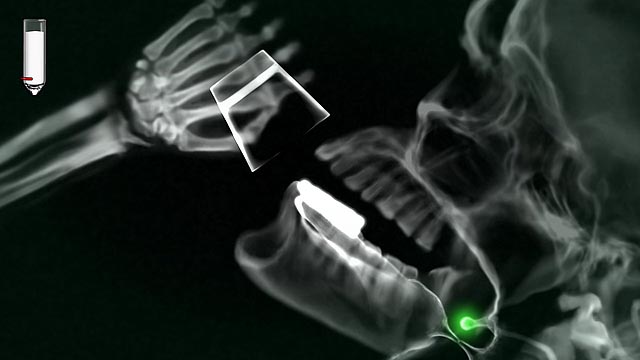 What is the concept? Recalling the amorphous matter-maneuvering stages of 2006’s Loco Roco as well as 2010’s Fluidity, Puddle’s angle is that you don’t have direct control over the game’s liquescent substances. Instead, the triggers on your controller tilt the screen right and left, influencing the momentum of the game’s cascading stream of chemicals. From directing coffee through a network of Rube Goldberg-like pipes, moving fertilizer down flora-filled pathways, and transporting volatile globs of nitroglycerin, Puddle’s forty-eight levels undeniably offer variety. However, due to a few vexing setbacks, frustration occasionally outstrips the game’s quotient for fun.

Yet, look past these hindrances and creativity abounds in Puddle. Beyond the simple joy found in looping liquid through labyrinthine systems, interacting with the game’s extensive set of materials reveals the developers’ infectious fascination with science. There’s scalding pipes capable of converting water into steam and fluids which trickle through an x-ray of the human body, all culminating in an assessment screen which bestows rewards from the periodic table of elements (puzzlingly, no platinum award is given). Beyond scrolling stages devoted to winding circuits, there’s also the occasional single-screen puzzle, which tasks players with duties such as heating up a pressure cooker or using a pot of ignited combustibles to trigger a water sprinkler. Cleverly, each stage is linked to the next, with the game’s material going through a variety of transformative processes. Witnessing sludgy coffee on the first stage sieve through a filter and become pure water in the subsequent level is only undermined by the title’s sluggish load times. 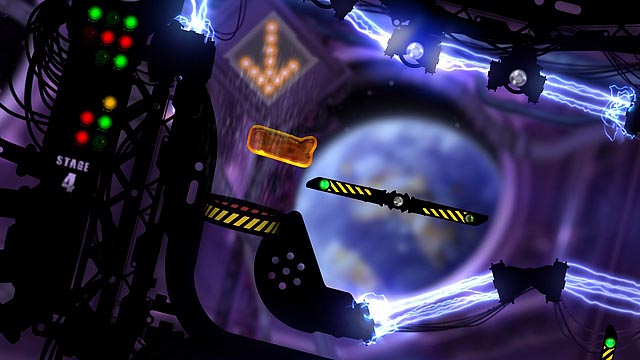 What are the game’s strengths? While failing to nail to a clean trajectory off the game’s numerous ramps can inspire minor irritability, these requirements don’t fully tarnish Puddle’s relaxing vibe. Accompanied by new-age sound track as well as the tranquil tones of decanting fluids, the title’s tempo is a soothing reprieve from the deluge of twitchy action titles.

When infuriation from a particularly challenging chapter does occur, players can use one of two ‘whine’ passes, to bypass a level. Going back and completing a sidestepped stage restores a permit to your inventory, allowing further progress. Visually, Puddle is proficient, with convincing fluid physics, a high frame rate, and easily recognizable threats. Hazards also produce an aural warning such as the crackle of evaporating water when coming into contact with an open flame. 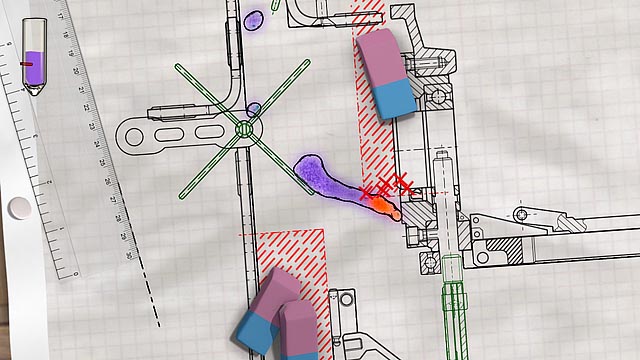 What are the game’s weaknesses? Regretfully, Puddle’s perspective sporadically creates confusion. Between each fluid’s natural tendency to break into droplets and the camera’s unwillingness to pan back, expect to repeatedly lose fragments of your liquid as it gets caught in objects and helplessly escapes off-screen. When equally-sized portions are fragmented, the title seems to arbitrarily track which piece to follow, resulting in a moment of disorientation capable of ending a game. Without any kind of written or verbal guidance, experimentation is favored throughout Puddle, which might fluster players accustomed to a bit more direction.

Supplementing the title’s collection of levels is a restricted free-form mode called The Laboratory. Without instructions and with a woefully limited functionality, the mode feels unfinished. Using pieces unlocked from the game’s puzzle stages gamers can toy with a single liquid-spewing faucet. 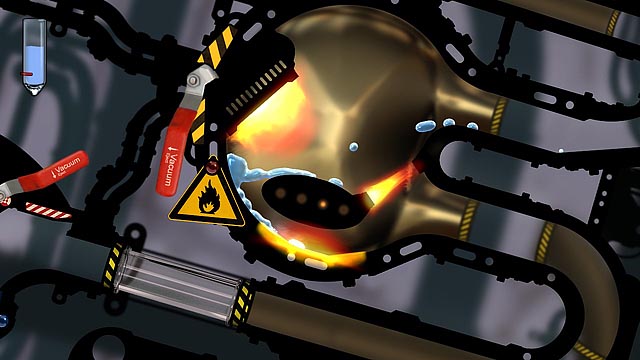 Would I enjoy the game? With snags such as a lazy camera and sluggish load times Puddle sporadically divulges its student project linage. Yet beyond these quandaries, the game’s physics based puzzles can be gratifying, especially for players who don’t mind a trial-and-error approach to gameplay. Endowed with an ample set of stages and leaderboard support, there’s a substantial amount of content for its ten dollar price, which helps offset Puddle’s intermittent lack of polish.

A copy of Puddle for the Xbox 360 was provided for review by the publisher.