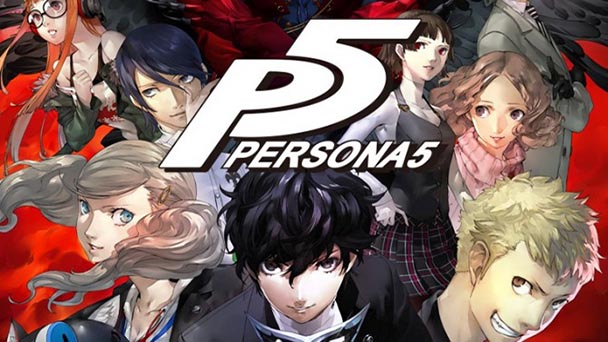 With a slew of sequels and spin-offs across its twenty-year legacy, the Persona series remains remarkably relevant. Much of this vitality is rooted in the franchise’s ability to balance tradition with innovation.  Mirroring the characters who invigorate each successive iteration, each Persona title starts with stock high-school characters fated with saving the world, reflecting role-playing convention. But their assortment of methods across the franchise are what makes the games so special. Power is embedded in each student’s inner psyche, exposing concealed attributes to their fellow classmates and players. Consistently, these reveals are augmented by meticulously-crafted play mechanics that make almost every step of the journey stimulating.

While an incremental improvement would probably be gratifying, Persona 5 offers an exponential advancement, extending one of the best role-playing experiences of the last decade. From plot to procedure, P5 is nothing short of a rousing masterpiece, and seems destined to influence a generation of contemporaries. 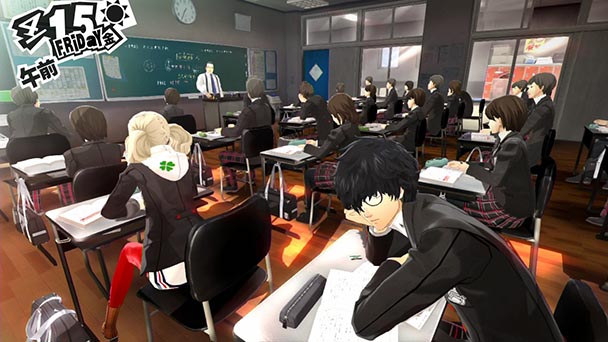 Aware that the genre often favors protracted introductions, Persona 5 steals a page out of the action-game playbook, exhibiting a sequence that flaunts the exhilaration to come. Delivered in medias res, we first meet the nameable protagonist making a dashing escape from a heavily guarded hyper-real Tokyo casino. It’s here that players will first encounter the developer’s ambition to make P5 a fluid experience. Although leaps across a series of rafters and taking cover behind environmental objects to elude a vigilant guard are all handled by nothing more than a button press, it’s all handled without a bit of hesitation. When players do face their first instance of turn-based combat, it feels invigoratingly dynamic, with selections triggering an elaborate animation that channels the fluidity and swiftness of a fighting game.

Soon, the story shifts to eight months earlier, establishing the lead’s backstory. When the protagonist witnesses a young girl attacked by a creepy older man, chivalrous action ensue, prompting an injury and lawsuit from the aggressor. Subsequently, he’s expelled and forced to live with a quirky café owner before enrolling at a new school. After arriving at his new abode, he’s ushered to the Velvet Room, where returning Persona personality Igor states that the lead must rehabilitate before impending ruin takes control over his life. Without giving too much away, redemption is pursued by The Phantom Thieves, a puckish group of social misfits, who form the main cast. 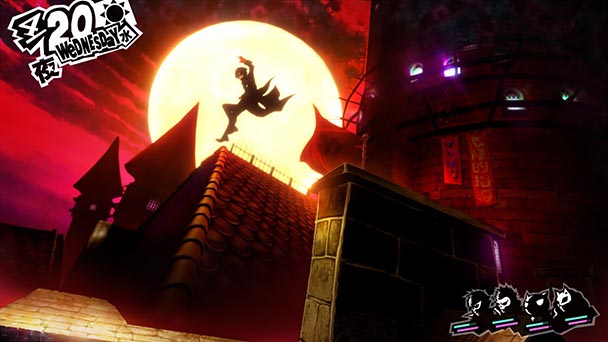 Whereas Persona 4 focused on a group of teens getting to know themselves, P5 centers on classmates getting to know, and subsequently influence change, the world around them. It’s a plot that incorporates the traditional tribulations of teenaged years and incorporates poignant ruminations on physical and emotional abuse, suicide, and drug use. More importantly, the game’s overarching theme of purging corruption from the world might sound tawdry in print, but is remarkably affecting in execution. Yes, it’s a JRPG where teens are tasked with saving the world, but in this case- redemption is rooted in the metaphorical, fashioning an entirely exquisite experience.

Story is also articulated in a number of other noteworthy ways. Twenty different Confidants replace Persona 3 and 4’s social links, allowing players to spend their daytime recreational hours developing rapport with a variety of characters. Each Confidant is fully voiced and comes from a broad cross-section of society- potentially providing players with a stat boost in an interconnected area. But the incorporation of these associates is far more than just a reductionist simulation of relationships. Nearly each has a fascinating backstory and enough idiosyncrasy to make them seem more like actual people than conventional game characters. Much like life, there’s not enough time to get chummy with everyone, so you’ll have to make some difficult decisions in your social affairs. 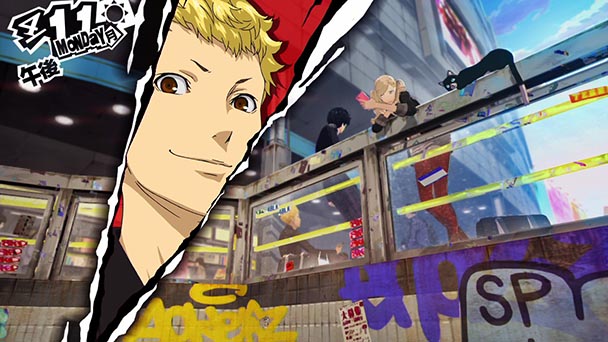 Narrative is also engrained in the game’s dungeons, called Palaces, that recall the representation of character consciousness from Psychonauts. Again, P5 shakes up tradition, shirking the procedurally generated corridors for intricately engineered structures that interweave puzzling, exploration, and even stealth components. Since each embodies the mind of a troubled adult, milieus contain their own distinct enemies, dilemmas, structures, and security systems. While divergent in style, each extends a fervent sense of satisfaction as players work their way through the palace.

Once each Palace have been overcome they’re no longer available for re-entry. Players who need the need to level-grind or capture any foregone Personas can venture into Mementos, P5’s procedurally-generated venue. Initially, the location is rather shallow, but beating Palaces gradually unlocks deeper levels, ensuring the possibility of augmentation to help confront resilient enemies. Devoid of the puzzles that are common in Palaces, Mementos is a perpetually tempting time sink, especially with the quality of combat. 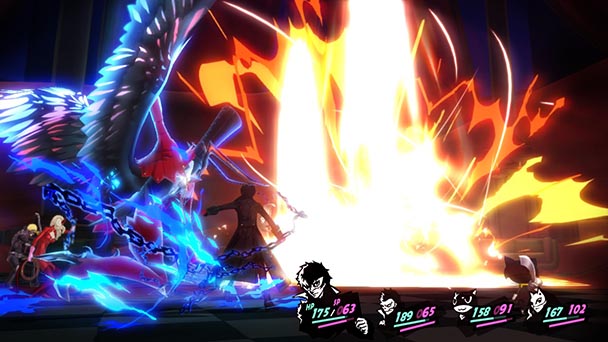 Progressively, P5’s battles oblige elemental advantage, typically found in one of the protagonist’s Personas or the single Persona carried by party members. With the ability to apprehend new manifestations of internal psyches and fuse existing ones into more powerful forms, there’s a wealth of flexibility in the systems, endowing players with a fulfilling sense of control. Landing critical hits additional dominion, with Persona 5’s new baton pass maneuver, allowing players to swap turns with another character, potentially permitting a killing blow.

Most importantly, battles feel fantastically fluid given P5’s prodigious programming and design. With your repertoire of tasks mapped to the face buttons, decisions are instinctive, lending smoothness and snappiness to every encounter. And while user interfaces don’t usually earn mention, P5’s menus deserve lavish praise. Somehow, the game intermingles an assortment of styles in a unified, vibrant theme. But more importantly, each feels amazingly sinuously, whether you are making a dialog choice or sorting out you inventory. They’re so smooth, don’t be surprised if you find yourself scrolling through options, just to revel in the painstakingly precise pattern of clicks each emits. 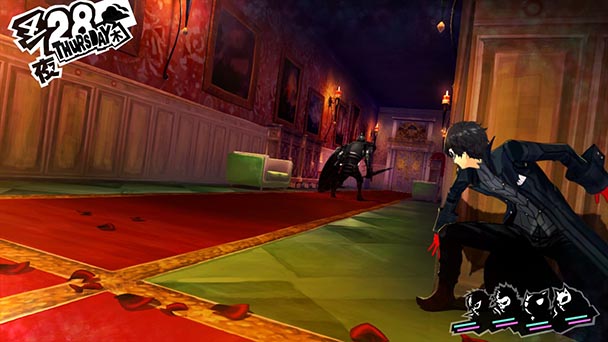 Like previous Persona entries, your nocturnal life might be spent in dungeons, but your days are largely autonomous. Much of the allure stems from P5’s sense of autonomy. Whether you prefer working to earn some spending yen or would rather recreating to earn stat boosts, the choice is years. But masterfully, there’s always the nagging sense of passing time courtesy of the in-game calendar. While you might fret over time limits in games, Persona 5’s are necessary, reminding players of the fleeting nature of our lives and how important the decisions we make are. While it’s not heavy-handed, the game has me second guessing my real-life decisions, which is pretty unusual for a video game.

With preparatory design dating back as far as 2009 and a substantial amount of development on the PlayStation 3, Persona 5’s student visuals are a bit surprising. But peer past the rare low-poly object, and the title offers one of the most authentic recreations of Tokyo outside of Yakuza 0.  Whether you’re venturing through the lively Shibuya, the otaku paradise of Akihabara, or just venturing through the narrow arteries which branch from Tokyo’s main throughways, P5 delivers a dazzling amount of detail. Complementing this output is a stylized aesthetic that bleeds coolness, while Shigenori Soejima’s character design articulate the personality of the Phantom Thieves as well as any dialog. Largely, it’s so stylish that I wouldn’t be surprised if Hot Topic starts selling plaid skinny pants this summer. 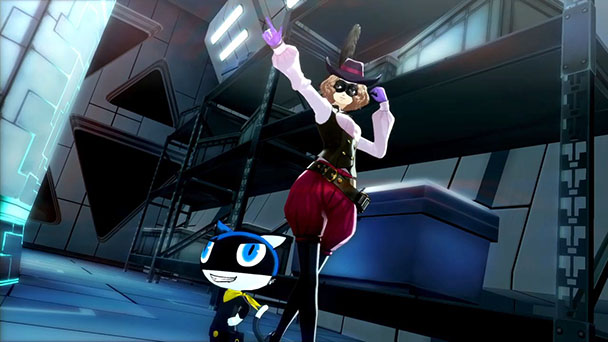 Sonically, frequent franchise composer Shoji Meguro returns, offering an aural array of delectable ear worms.  From the opening song that exhibits a spirited acid jazz, Lyn Inaizumi-vocalized number to rocking boss battles, the game’s musical stylizings are delightfully diverse. More importantly, the variety manages to avoid feeling disjointed, with the sound complementing and occasionally adding nuance to the on-screen action. Although the game ships with a slightly blemished English language voice over, the option for Japanese audio is available via a free download.

In the West, the Japanese role-playing game has dwindled in popularity, never quite reaching the critical mass experienced during the late ‘90s. Persona 5 has the power to change that, offering an accessible and immensely enjoyable experience with the power to single-handedly reinvigorate the genre. While there are a few missteps along the game’s waning moments, the first hundred or so are pure bliss, making P5 an essential purchase for PlayStation owners.

Persona 5 was played on the PlayStation 4 with review code provided by the publisher.

Persona 5
Platform: PlayStation 4, PlayStation 3
Developer: Atlus
Publisher: Atlus
Release date: April 4th, 2017
Price: $59.99, retail, PSN download (PS4), $49.99, retail, PSN download (PS3),
Language(s): Japanese or English voice, English Text
ESRB: Mature
Persona 5 review
With a slew of sequels and spin-offs across its twenty-year legacy, the Persona series remains remarkably relevant. Much of this vitality is rooted in the franchise&rsquo;s ability to balance tradition with innovation.&nbsp; Mirroring the characters who invigorate each successive iteration, each Persona title starts with stock high-school characters fated with saving the world, reflecting role-playing convention. But their assortment of methods across the franchise are what makes the games so special. Power is embedded in each student&rsquo;s inner psyche, exposing concealed attributes to their fellow classmates and players. Consistently, these reveals are augmented by meticulously-crafted play mechanics that make almost&hellip;

Summary : The protracted wait was worth every minute. Persona 5 is easily one of the best role-games of the decade. Whether you are a die-hard franchise fan or new to the series, P5 deserves your recreational hours.