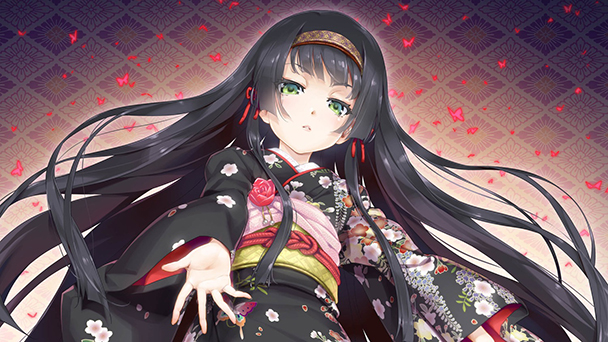 From Ghosts ‘n Goblins Resurrection shambling onto other consoles, Wonder Boy Asha in Monster World’s update shimmy, Earth Defense Force: World Brothers’ voxelated variation, and Mercenaries 5’s Xbox debut, this week brings a multitude of tempting titles. As such, it’s easy to overlook low key experiences like World’s End Club and Sumire. But you’re far too savvy to make a mistake like that.

Rob’s Pick(s): This week several titles are deserving of attention. For PS+ subscribers, Virtua Fighter 5: Ultimate Showdown is a compulsory free download. Once again, the “Final” in 2010’s Virtua Fighter 5 Final Showdown should be taken too literally, with Ryu Ga Gotoku Studio rebuilding the fighter with the Yakuza series’ competent Dragon engine. Sure, fighters like Akira and Taka-Arashi might not have the popularity of say, Street Fighter’s Ryu and E. Honda, but absence has made this heart grow founder.

Speaking of reinvigorating old SEGA titles, Wonder Boy Asha in Monster World remasters 1994’s Monster World IV. I’ve always appreciated the tangled history of the Wonder Boy/Monster World games, and this one dials back some of the explorational elements for a more linear, but focused experience. Often visual updates to those beloved, bitmapped games of yore can be contentious. But here Artdink’s opted for a Dragon Quest-like style that faithfully referenced the little details, like Asha’s shimmy when opening a treasure chest.

This week’s last recommendation is a contemporary treat- MechWarrior 5: Mercenaries. Making its Steam and Xbox One debut (it was previously released in the Epic Game Store) alongside the presence of new DLC, this looks to satisfy my yearning for piloting massive biped hardware. I don’t discriminate, I love big hulking mechs with formidable weaponry as much as I love the nimble, plasma-sword swing varieties. But do know that Mercenaries leans toward the sim-side, tasking players with worries like heat management and learning to simultaneously control an independent torso and legs. But once you get into the swing of things, firing the searing laser blast or rocket that skuttles an adversary is immensely satisfying. Lastly, the incorporation of voxels might be the change that the Earth Defense Force needs. 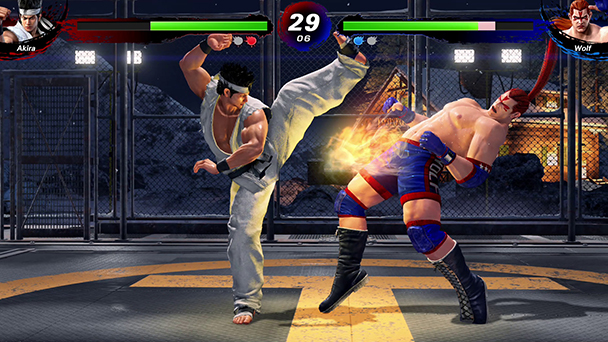 Matt S’ pick (Editor, DigitallyDownloaded): Where the hell did this week come from? There I was thinking I was actually getting on top of the games I needed to play and review and then BAM! I’ve been walloped by so much stuff I don’t even know where to begin.

But, okay. Fine. Let’s be methodical about this. Earth Defense Force: World Brothers. EDF has always been Japanese shooter by way of Paul Verhoeven and, well, that’s just cool. Add a neat voxel effect and I’m in.

Then there’s Sumire. This game wasn’t on my radar, but a code landed in my inbox, I started playing and wanted to start bawling almost immediately. This is real art stuff, folks. Beautiful, heartfelt, spiritual, uplifting and important. Don’t ignore that one.

Then there’s Port Royale 4 on Switch. Quite possibly my favourite simulator in recent years, combining the beauty of a good trading sim with some fun tactical pirate combat and city building mechanics. I do like my sims on the go, though, so I’ll be moving from PS4 to Switch with this one.

There’s also Song of Horror, which seems to have gone down really well on PC, and looks like the kind of narrative-driven, intensive horror experience that I favour. Fixed camera angles for an added nostalgic win, hearkening right back to the classics of the genre.

There’s also World’s End Club, which combines the talents of the guy behind Zero Escape AND the guy behind Danganronpa. Do I think any single game could possibly live up to the legacy of both those two classics? No. Am I still desperate to see what form it takes anyway? Absolutely.

And finally, Virtua Fighter 5 Ultimate Showdown. Virtua Fighter made by the Yakuza and Judgment team? Yes, absolutely. I haven’t been the biggest fan of Virtua Fighter over the years, but then Pai was added to Dead or Alive 5, and after seeing her in a bikini I’ve been waiting for the series to return so I can give it a proper go. And now that’s happening. Does she have a bikini in Virtua Fighter? Will I get that lucky? 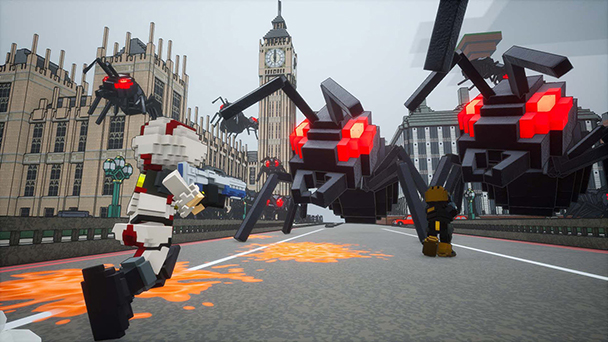 Ryan’s Pick: Spray painting and games go way back, with the oldest game I can remember involving spray painting being The Simpsons: Bart Vs. the Space Mutants. It was always hilarious to hear Bart say “Don’t have a cow man,” in a low-quality NES voice. Upon looking back there was a PS2 era game Marc Eckō’s Getting Up: Contents Under Pressure which also revolved its gameplay around spray painting things. And a little bit of street fighting. My pick this week has certainly piqued my interest because the gameplay revolves around spray painting things, but most importantly, it is very weird. Weird is beautiful. Sludge Life is a first-person vandalism centric game where you roam around on a polluted island in order to establish yourself as a graffiti superpower.

The game reminds me of one of the Adult Swim bumpers before and after commercials that they air at 2AM, with surreal images and equally as bizarre characters living on a polluted island. The art style and music seem to help to augment this experience, so in general I am interested in giving this one a try. I won’t let the week go by without also saying that Necromunda: Hired Gun does look visually impressive and fun for PC. I haven’t played an intense FPS in a while, and with all my OCD ammo hoarding being triggered from RE: Village, I am open to another FPS that lets you unleash some rounds. I do also like the fact that you can utilize your dog to help attack things. It seems like an interesting mechanic, but hopefully the dog will be more of a boon than a hindrance in gameplay. I feel like when animals are added to games like this you are forced to utilize them and it takes you out of the playing. So, spray painting whilst vibing, or FPS wall-running with your dog – both are viable options this week in my opinion. 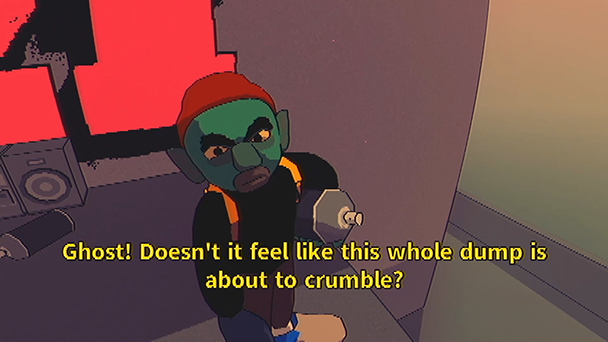 Matt C’s pick (editor, Shindig): I’d like to echo the other Matt’s complaints about just how much stuff there is coming out in the space of a week. Please, publishers, talk and collude with one another to spread your games out so that we can have time to play them all…

World’s End Club goes without saying: getting the creators of Danganronpa, Zero Escape, and Root Double together for a game about a group of oddball kids trying to find their way home through a bizarre post-apocalyptic Japan with a strange clown dragging them into a “Fate Game”, you have no choice but to pay attention. It looks quirky even by this creative team’s record, and adds a dose of platforming into the mix, too. One way or another, this is going to be a wild ride.

It’s great to see Virtua Fighter 5 Final Showdown still kicking around and coming to newer systems. It may not look it from the outside, but this is an incredibly deep, highly technical fighting game—not as flashy as the Tekkens and the Street Fighters of the world, perhaps, but with a staggering array of options for any given situation and layers and layers of mind games that build out from that. Maybe we’ll even see a Virtua Fighter 6 one day but bringing Final Showdown to PS4 is a nice step along the way.

My last recommendation this week is Weaving Tides. It’s one of the most original takes on an action-adventure game I’ve seen in a while, with the whole game based around the fact that you’re flying on the back of a carpet dragon who can weave through the fabric of a textile world, stitching patterns in the process. It’s how you get around, how you solve puzzles, and even how you fight monsters. And with a heartfelt story of self-discovery and reconnecting with one’s roots at the centre, it should be a wonderful journey. 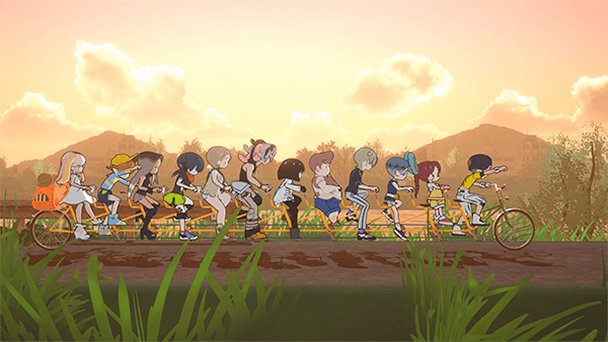