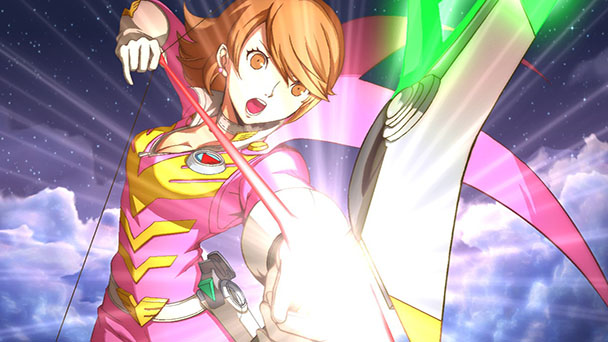 This week, Stranger of Paradise: Final Fantasy Origin is poised to produce a mountain of myriad of memes, Mario Kart 8 Deluxe receives new courses, and Rune Factory 5 takes the series into the third dimension. Of course, that’s only a fraction of this week’s new console and PC releases with notables such as Kowloon High-School Chronicle, Persona 4 Arena Ultimax, and Gal*Gun: Double Peace arriving this week.

Rob’s Pick: It’s pleasing to see the sheer number of fighting games arriving this year. So far, we’ve seen The King of Fighters XV and Phantom Breaker: Omnia (as well as Sifu, which isn’t a one-on-one fighter but still has plenty of heated combat). This week, 2013’s Persona 4 Arena Ultimax makes a welcome reappearance. I’m often skeptical of rereleases that do little more than port a game to a newer platform. But Ultimax was such as satisfying fighter, impeccably intermingling P-Studio’s memorable casts with Arc System Works technical wizardry. The downside is that the Steam and PS4 iteration won’t receive rollback netcode until later in the year and Switch owners completely out of luck. Perhaps I’m being entitled, but games should be feature complete at launch. But if you do most of your scrapping locally, Ultimax should satisfy.

Given the disappoint of Chocobo GP (and not just the grindy aspects, the courses are too simplistic and drifting lacks finesse), I’m back to playing Mario Kart 8 Deluxe during my commutes. 48 new courses for 25 dollars is a fair price, especially given the overpriced business models used by rival racers like Hot Wheels Unleashed. Although I’m usually a bit more resistant to nostalgia, when the courses are remastered versions of previous Mario Kart tracks t which have been burned into my hippocampus, there’s a bit of leniency.

Lastly, you’re probably here because you value originality and creativity in games. Originally released in 2004, Kowloon High-School Chronicle made its way to the Switch last year and I absolutely loved the mix of exploration, puzzle solving, visual novel-style interaction, as you hunt for treasure beneath your high school. Now, PlayStation 4 owners are in for a quirky good time where you can opt to lick people during an otherwise normal conversation. 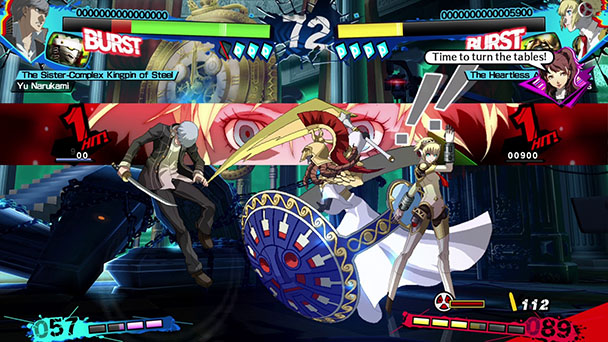 Matt S’ pick (Editor, DigitallyDownloaded): Stranger of Paradise is such a delight. In theory it’s a re-imagining of the original Final Fantasy, with a Soulslike approach to combat by the makers of Nioh. In practice it’s nothing like that. Instead, it’s a satire of Final Fantasy AND Souls games, that just happens to use the original Final Fantasy as the basis of it. The metatextal deconstruction that’s going on in this game is layered, dense and intelligent, and the game is a whole lot of fun otherwise thanks to excellent combat loops and the best loot grind this side of Diablo. Between this and the remake of Final Fantasy VII, Square Enix has proven to be remarkably brave with its headline series in recent years and being willing to actively challenge our assumptions about EVERYTHING to do with the series. It’s genuinely impressive.

Speaking of deconstruction, I’ll also be double-dipping with Gal*Gun: Double Peace, now that it’s landing on Switch. This game is smarter than the developers themselves had probably intended, but the way it makes an active commententary on objectification by inverting the normal way this goes with fanservice (i.e., the male’s the one being hounded and harassed by the girls) works better for various reasons in this one than the other games in the series. It’s good stuff.

Finally, I must concur with Robert. Not about Chocobo GP. He’s totally wrong about that (every kart racer is a “grind”! The whole point of the genre is to continually replay tracks!), but rather Kowloon High-School Chronicle. Not only is it an excellent and challenging dungeon crawler (both in terms of puzzles and combat!) but going around licking everyone when they ask you mundane things like “how’s your day been” is the kind of anarchy I wish more game developers embraced. Lick. 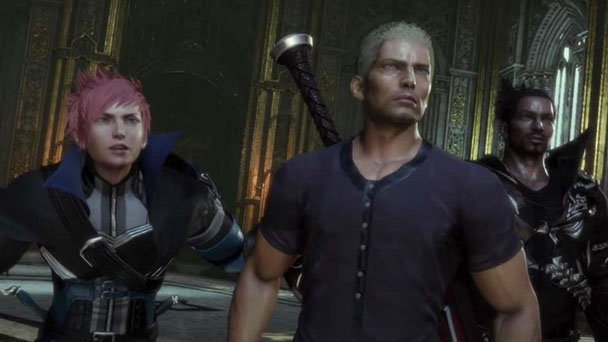 Ryan’s Pick: There hasn’t been a cyberpunk themed game that has grabbed my attention in quite some time, however I think that the new release of ANNO: Mutationem may change that. The game art was the first thing to draw my attention, as it uses both pixels and cel shading to offer gameplay in 2D in the form of platforming, and it also has the ability to change to a 3D perspective when maneuvering around town. 2D-meets-3D games often are a difficult thing to pull off, so I’m definitely curious about this one. The main character’s design reminds me a bit of Black Rock Shooter and Hatsune Miku, so anything with anime inspired art immediately goes to the top of my list.

While the game definitely has an indie feel to it, it does appear to have a fair amount of polish to it when it comes to level design and aesthetic. The game also has a bartender minigame, and I feel like there hasn’t been a bad game ever where bartending is your task. This bold statement is something I’ll probably come to regret, however. One other game that would be a pretty good choice for the Switch would be the bullet-hell shooter Chippy. It’s a pretty interesting idea for a shooter in that you can attack bosses pixel by pixel to effectively cut through them or to destroy specific sections. Once the sections are separated from the main boss’s body they are destroyed. The game was released quite some time ago on Steam but could be a good one to try on the Switch if you haven’t played it yet. 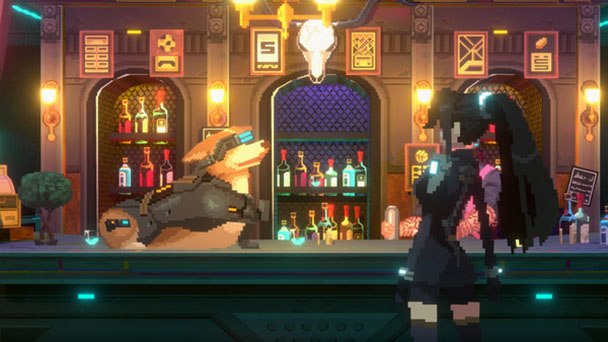 Matt R’s pick (editor, Shindig): I feel like Adios didn’t quite get the reach it deserved when it came out last year, so here’s hoping a Switch release will do something about that. The tale of a pig farmer who’s finally decided he’s had enough of helping the mob with their “waste disposal” needs, even though he knows exactly what that means, it’s a fascinating reflection on life, regret, finding peace wherever you can, and the beauty of mundanity. It’s short and to the point, too, with some excellent, nuanced voice performances.

I’m a little surprised that nobody else has mentioned Rune Factory 5. The fantasy Story of Seasons spinoff has long found a nice balance between the simple joy of a life sim and the more adventurous direction of an action RPG. Those aspects are more closely intertwined this time around, and the whole game is elevated for it—jumping back and forth between dungeon crawling and farming was enjoyable enough, but the smoother ebb and flow makes for a much cohesive whole. It also takes the opportunity of being the first fully 3D game in the series to create the most inviting world yet, and to bring a lot more depth and excitement to combat.

Lastly, I’ll echo the other Matt’s comments about Stranger of Paradise. It’s a great game on every level, from its endlessly satisfying combat to the way it deconstructs the whole crystal mythos that so much of Final Fantasy is built on. At the risk of inciting the mob (sorry for your comment section, Robert!), I’ll even say it proves once and for all that having easy modes in a Soulslike game can be a very good thing—not just in terms of letting people just take it easy when they want to, but also as a way of teaching new players to appreciate the tougher challenges. I don’t think I’d enjoy Chaos Mode nearly as much as I do if I didn’t have the option of just breezing through Story Mode first. 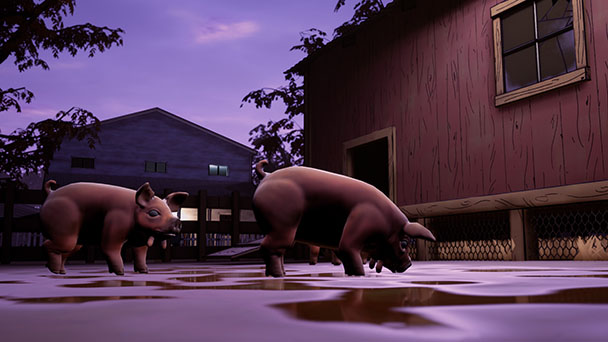