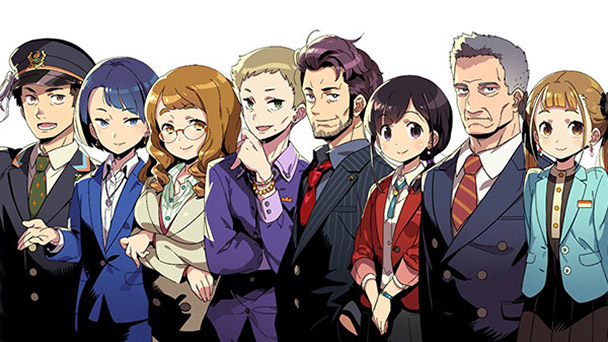 From a quartet of Danganronpa titles, fourth expansion pack to Final Fantasy XIV, and the sixth mainline entry in the Halo series, this week bring a number of noteworthy new releases. Pleasingly, there’s also a number of compelling new games that haven’t quite received the marketing push of the aforementioned juggernauts. With Rune Factory 4 Special arriving for PlayStation 4, Xbox One, and PC, as well as A-Train: All Aboard! Tourism making its debut on Steam, choices are abundant.

Header: A-Train: All Aboard! Tourism, PC

Rob’s Pick: I remember when the week that followed Black Friday traditionally offered very few notable new titles. I’m glad that’s not the case anymore. Danganronpa’s reappearance is the obvious choice this week, especially if you haven’t experienced Kazutaka Kodaka’s works. (And even if you have played the series, Trigger Happy Havoc, Goodbye Despair, and Killing Harmony are worth revisiting. I found that I noticed quite a few qualities that I missed the first time around).

For those who want more Monokuma but aren’t interested in revisiting Hope’s Peak Academy or Jabberwock Island, Danganronpa S: Ultimate Summer Camp is available as a separate download. As a fan of the Fortune Road series, I like digital recreations of board games, and if you appreciate not having to keep track and scoring and putting all the playing pieces back, you might appreciate Ultimate Summer Camp’s take on table-top fun. The sole issue is the grinding required for new characters and the presence of micro-transactions.

I always enjoyed Rune Factory’s additions to Harvest Moon’s basic framework, with combat complementing the relaxed farming. So, if you missed the Switch port or the original 3DS title, here’s another chance to play Rune Factory 4 Special, which was an ideal introduction to the series. As Sakuna: Of Rice and Ruin demonstrated, action and agrarian duties make for an engaging pairing. Sure, Rune Factory 4’s dungeon crawls are still a bit too simplistic. But they provide a solid motivation for farm life. I guess there’s the pursuit of matrimony, but I like growing berries for better weaponry, myself. 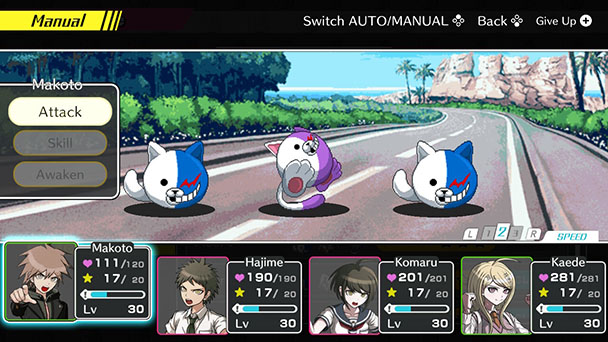 Ryan’s Pick: I had no real plans to jump into another MMO after spending years playing through various expansions in World of Warcraft, however earlier this year I was invited by my brother to give Final Fantasy XIV a try. After playing a MMO for so long it’s almost impossible to not draw parallels between them, and while I have certain feelings about the variety of quests and the approach to professions on Eorzea, all-in-all it’s been a very fun experience. This MMO gets a lot of things right and omits some of the more tedious things in WoW, specifically in regards to traveling around while you are lower level and before you unlock the ability to fly. One very important other fact is that I’ve noticed that the community in general is much more lenient and forgiving for newcomers in comparison to WoW. That goes a long way in a MMO in my opinion. In general, this game has continued to see steady increases in users and popularity, and is so popular in Japan that there was even a TV drama about it called Hikari no Otousan or Final Fantasy XIV: Dad of Light.

While Final Fantasy XIV: Endwalker is my pick this week, I do have to preface it with a quick note that it will take a considerable amount of time to make your way through the game’s Main Story Questline before you get to experience the latest expansion. However, if you are willing to pay extra, you should be able to purchase a ‘Tales of Adventure’ through MogStation to get you right into Endwalker. If you’ve never played the game before, you may want to experience some of the story and learn some of the many in-game acronyms first though. In a side anecdote, I attempted to play the game on a PS5 controller when I first started, but it was pretty rough and felt like I needed a third hand to be functional. After successfully migrating to a keyboard and mouse again, I was right at home. The game constantly has me laughing at some of the outfit ensembles that players create, and in general it provides you with so many options that it’s definitely worth trying out if you’ve ever enjoyed a final fantasy game. You may even see me playing one day, I’ll be the guy making his Regalia Type-G car jump around town like a madman. 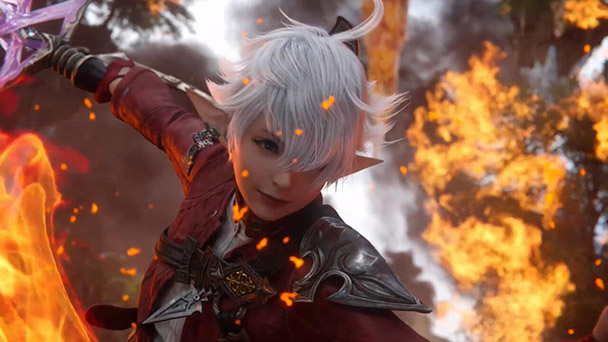 Matt S’ pick (Editor, DigitallyDownloaded): Danganronpa. And not just because Kirigiri makes me think very impure thoughts (though she absolutely does. That purple hair. The glove! The tsun attitude! That skirt!). Putting aside how Kirigiri is one of the few characters that comes close to Hatsune Miku herself, Danganronpa is also really smart and deserves your respect and, even if you’ve already played it before, it deserves to be on your Switch.

It’s a game that works on so many different levels. The casting, for one thing, is a stroke of genius. As Monokuma, the developers cast the same voice actor that had, for decades, played Doraemon in the TV series and movies, and as a Doraemon fan it is absolutely impossible to get the contrast between Japan’s most wholesome animated mascot and one of its most gleefully nasty out of your head,

But what about themes, and how the game plays on economic theory (Game Theory), the philosophy of Shroedinger’s box, psychology, and the various sociological philosophies that the likes of Battle Royale (the book and movie, not Fortnite) tap into? Danganronpa canvasses them all, while at the same time being richly funny, colourful, vibrant, occasionally shocking and sometimes emotional. These games have always belonged on handhelds, and the Switch is the perfect platform for them (also the new one, Ultimate Summer Camp, might be pure fan service, but it puts Kirigiri in a bikini so 10/10 to that game).

Putting my very real obsession with Danganronpa aside, I also want to mention Warhammer 40K: Battlesector, and I want to mention that because it’s an Australian-developed game, and supporting Aussie games is important to me. Battlesector comes to us from the same developer as the excellent Battlestar Galactica games from a couple of years ago, so they know strategy and darker sci-fi themes. I know Warhammer 40K is a license that gets thrown around too much these days, but this one in particular I’m watching out for. 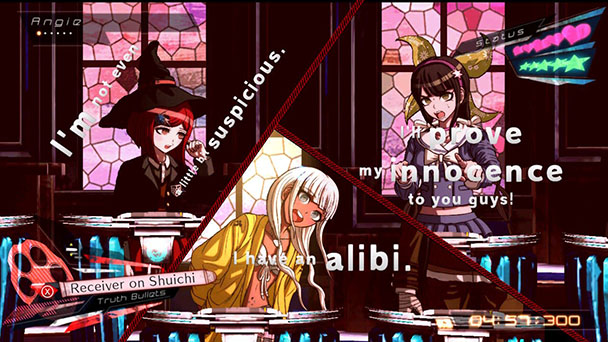 Matt R’s pick (editor, Shindig): If anyone struggles to contact me in the next few weeks (or months, or years…), it’ll be because I’m once again lost in the world of Final Fantasy XIV. By this point, Square Enix has the expansion cycle finely tuned, and Endwalker brings with it everything you’d expect: an increased level cap, two new jobs (including Sage, which looks like an intriguing twist on a job that goes all the way back to Final Fantasy III), a handful of new zones to explore, and the promise of a regular cycle of new raids and dungeons. But it’s also promising something unheard of: a proper, final conclusion to the Warrior of Light saga that’s been gradually unfolding across five different releases, with an entirely new story to begin with the first major patch following Endwalker’s launch. Nobody really knows what that means yet, but it’s going to interesting to find out. (And if nothing else, Endwalker also adds a Story of Seasons-style life sim mini-game.)

Danganronpa Decadance is another important pick-up this week. The words “battle royale” get thrown around constantly to describe games that are shallow, vapid, and completely miss the point of Battle Royale; Danganronpa never tries to claim that name, but this series is about as close as videogames have ever gotten to capturing to theme and substance of Kinji Fukasaku’s iconic film and the novel that inspired it, with a decent dose of madcap humour to go with it. Decadence includes all three main games in the series, as well as a fun, fanservice-filled board game sideshow in the form of Ultimate Summer Camp.

And finally, it might be easy to scroll past The Kids We Were in such a crowded week, but don’t. Themes of nostalgia, family, and growing up come together for a heartfelt adventure game set in small-town Japan in the ‘80s, following the young Minato’s time-travelling journey to solve the mystery of why his father disappeared. It’s the kind of quiet, contemplative journey that will stick with you long after the credits roll. 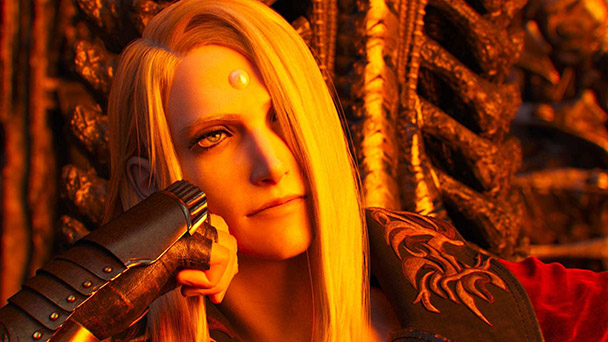