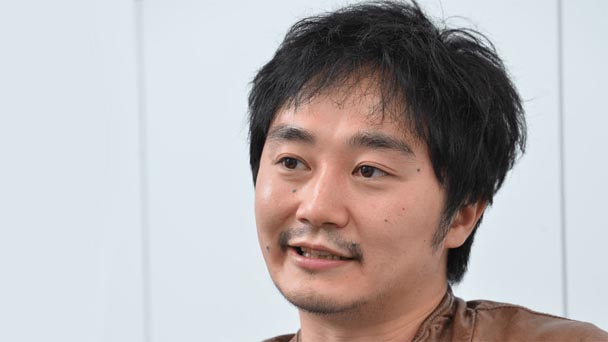 Tech-Gaming: Can you explain to us how you got your start in game development?

KK: Personally, I wanted to work in the movie industry but throughout my life my friends and I eventually changed to game development.

T-G: What other forms of media such as films, manga, or anime might have influenced your career as a developer?

T-G: So some films, one for instance that was fairly popular here in the United States, Battle Royale, has a heavy allegorical theme offering an analysis of the life of Japanese students. Is there a theme that you would say runs through your games? 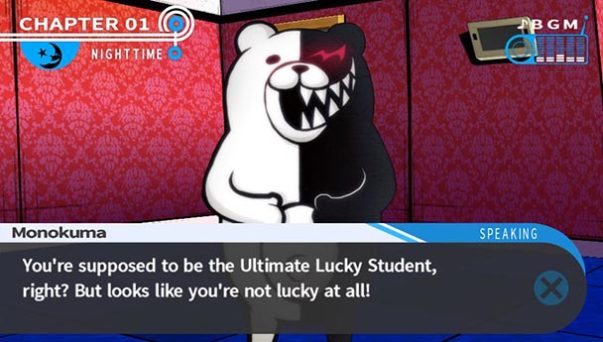 T-G: Let’s talk a little bit about Danganronpa’s Monokuma, he’s one of the most iconic characters in recent memory. I’d love to know how you went about crafting both his look and personality.

KK: So the visuals of white and black stand for guilty and not guilty, For Monokuma’s personality I wanted to fuse the light and dark side into his lines. It wasn’t so much thought out beforehand, he grew organically as the story progressed.

T-G: It’s been said that some of the best villains in cinema or gaming are those we can identify with or have sympathy for. Was this part of the creation process?

KK: I wanted to portray the disparity faced when someone has killed another person while at the same time portraying the hope of one day achieving salvation. I tend to build up the story then make it fall apart. For players, I think that’s how they come to know the characters. They experience the story and their despair rather than their hope for salvation. When players are put in this state, they tend to struggle to reach that promise of redemption. I think what keeps them playing is the need to reach that light of hope in the face of darkness and despair around them.

T-G: One of the virtues of the Danganronpa games is the character creation. They offer a rich tapestry of characters that aren’t only individually fascinating but also for how they work together. How was this tapestry of personalities crafted?

KK: I put in a lot of effort into every single character. Rather than focusing on just one or two, I developed and built each one so that any one of them could be a playable main character. People in Japan speculate a lot into a character’s background. Seeing people speculate leads me to believe that I’m doing the right thing. 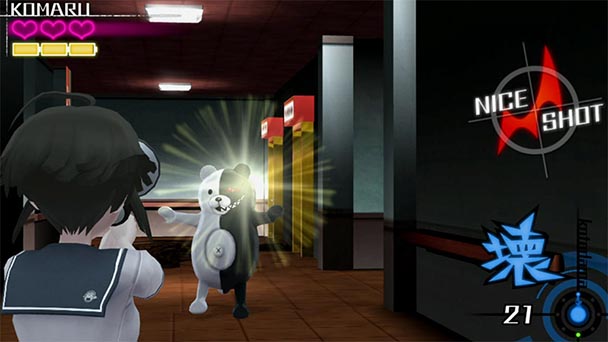 T-G: Now Danganronpa: Another Episode is a large departure from the franchise offering a kind of action-oriented spinoff. What was the impetus for that?

KK: I tend to create the story based not on what people expect but instead what our team wants to create. For spinoffs, I wanted to venture into a new genre so I chose action because our team was very motivated by that. I think the people who enjoy games the most are the creators creating them.

T-G: How difficult was the transition from more of a visual novel type of format into a more action-orientated genre?

KK: During the years when I played video games there was lots of action packed games. I took a lot of inspiration from those which I incorporated into the new spinoff. It was hard to determine how much action to put into a story based on a franchise. That was one of the most difficult things to do while making this spinoff.

T-G: You mentioned creating the game for the appreciation of developers, how much do you create a game for your audiences’ enjoyment versus something you would enjoy to experience yourself?

KK: I started curating the game by thinking of an event and visualizing how players ought to feel in those types of situations. So let’s say you walk into a stranger’s room, that stranger will have a hard time imagining what you will feel when you do something. I wanted to create a game where someone familiar comes into that room and starts to take some actions towards expressing how they feel. I built the video game based on those speculations we have towards others. I wanted to be careful about what characters feel in terms of the game play itself. 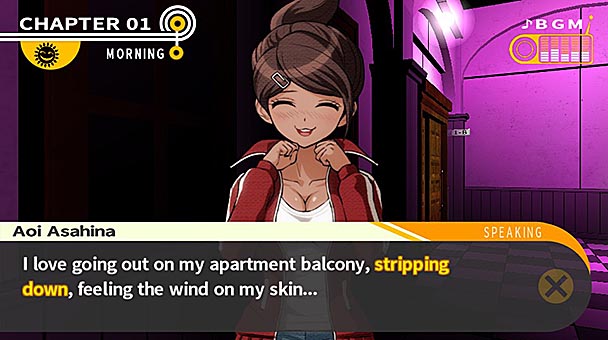 Tech-Gaming would like to thank Kazutaka Kodaka, NIS America, Patrick Yee, and Jillian Kwong for their assistance.