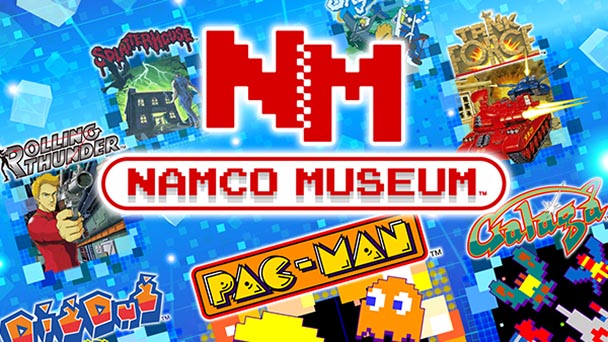 During the 1980s and 90s, if you stepped into an arcade, there was a very good chance of finding a Namco machine among the assortment of cabinets. While the Minato, Tokyo-based firm has been around for at least thirty years, manufacturing children’s rides and rudimentary coin-operated games, it was 1980’s Pac-Man that secured the company’s name in gaming history. But unlike some of its peers, Namco wasn’t a one-hit wonder, producing a succession of titles that would be popular enough to warrant a greatest hits collection of the PlayStation that spanned five hits.

Sharing the name of that anthology, Namco Museum for the Nintendo Switch unites eleven of the companies games into a package that’s good enough to make arcade aficionados clamor for a few follow-ups. Although the collection isn’t with a few minor blemishes and is a bit of a misnomer, there’s still enough enjoyment to found to warrant a purchase from retro fans. While Museum doesn’t offer the comprehensive assemblages of the old Williams, Taito, Neo Geo or SEGA compendiums, there’s pleasingly little fodder found here. 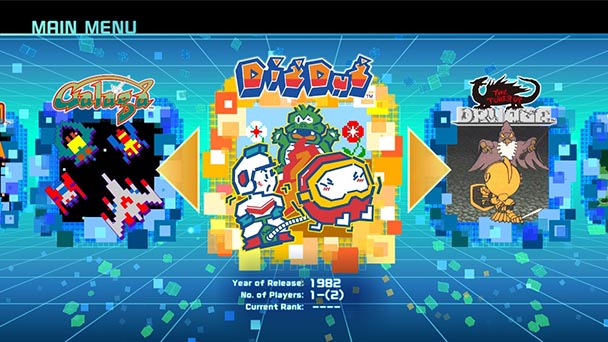 Before taking a trip down the collection’s exhibition hall, Namco Museum makes players consent to the  terms and conditions of two different documents. For the life of me, I couldn’t tell you what either of them stated, as I was too excited to play arcade-perfect versions of Pac-Man, Galaga Dig Dug, and Rolling Thunder to worry about any kind of Faustian deal. Luckily, the documents only appear once, so if I did inadvertently sell my soul, Bandai Namco is benevolent enough to not gloat about it.

For some, even a chance at spiritual sacrifice might be a small trade-off considering the quality of the emulation on display. Pleasingly, Namco Museum provides a lot of control over each game, providing players with access to the dip switches used to adjust difficulty as well as a host of visual options for formatting the output on Nintendo’s hybrid. Most of the game’s ape the 4:3 aspect ratio of the original CRT displays, meaning you’ll be playing on a small, but not impossibility sized portion of your Switch’s screen. 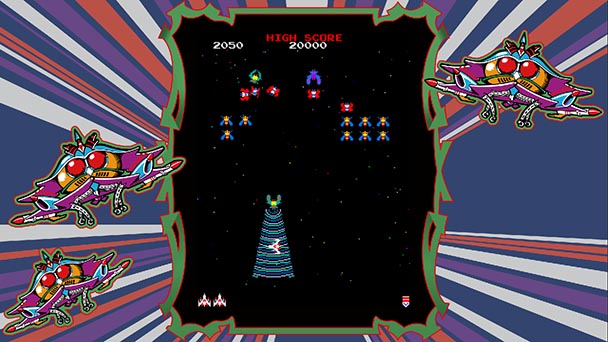 For players who’d like to maximize the real estate of their Switch screens, Namco Museum permits rotating its output in ninety degree increments, offering a tate-like experience. Sure, you’ll have to slide off your Joy-Cons, as holding the Switch vertically isn’t an option, but once you do, you can scale the screen to fill a majority of the touchscreen. While some might appreciate the flexibility of adjusting screen position, aspect ratios, dot sizes, and level of zoom, it would have been nice if the developers provided a few presets for those who don’t want to fiddle around in menu screens.

But once you do find a screen size that suits you, Namco Museum plays like a dream. Timeless titles like Pac-Man, Galaga, and Dig Dug are easy to get right back into, with the analog stick of the Joy-Con extending precise control, allowing Pac to evade the ghosts with poise. Complementing the classics are a number of quality titles that didn’t quite become household names.  Rolling Thunder and its sequel are a pair of side-scrolling action platformers, with play reminiscent of SEGA’s Shinobi series. Galaga ’88 is the beloved shoot ‘em ups lesser known sequel, that never quite garnered the reception it deserved in the US, making it an agreeable inclusion. And chances are, if you played Splatterhouse growing up, it might have been one of the bowdlerized versions that toned any religious refences. Here, the 1988 beat ‘em up returns to its roots, offering it’s slasher film-styled combat without the moral panic-produced changes. 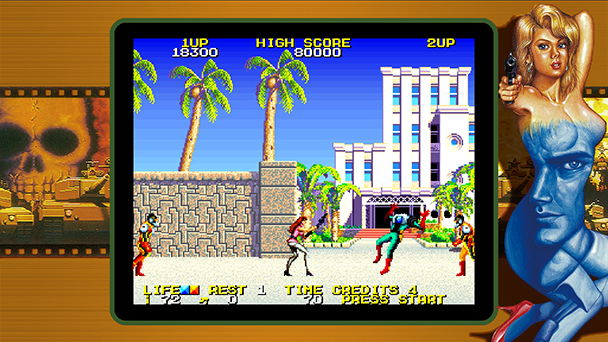 Unless you’re a dedicated retro enthusiasm, you might not be familiar with Sky Kid of Tank Force. The former is an enormously enjoyable stage-based vertical shooter while the latter is a maze-based shooter with destructive environments that’s both simple and fun. And while The Tower of Druaga gets appreciation overseas for being one of the first action-role-playing games, it’s the sole entry in the anthology that hasn’t aged well. The collection’s other outlier is Pac-Man Vs, which from 2003, is the collection’s sole twenty-first century inclusion. Much like on original version,  it’s a distinctive multiplayer experience where antagonists viewed on the action on one screen, while Pac makes his way through the maze on another. As such, at least two Switches are needed for enjoyment. On the upside, one copy of Namco Museum is needed, with the other system becoming a terminal via a free downloadable app. With Switches still fairly rare, it an inclusion that might prove cherished down the road.

Beyond menu navigation that can takes a second or two to load, Namco Museum other transgression is that it doesn’t live up to its name.  Save for cursory information about each title, there’s like context delivered around each title. As someone who has enjoyed these games for decades, I would have loved to have more insight into the development of the games, seeing design sketches, hearing from the developers, or even a gaming historian’s take on each entry. But alas, these Namco is allowing the play do the speaking, which feels like a missed opportunity. One perk that will please diehard fans is the inclusion of challenges that task things like killing monsters with falling boulders in Dig Dug or rescuing captured fighters in Galaga, as well an online leaderboards for score chasers. 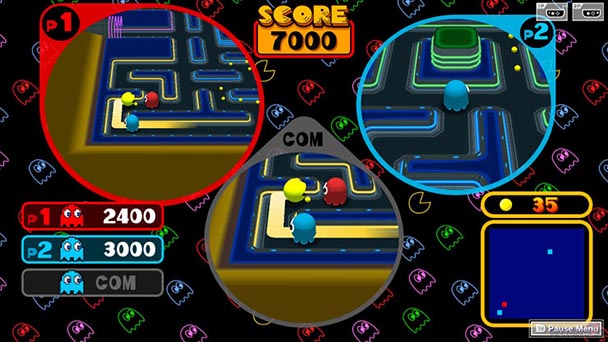 When I first approached Namco Museum, I though the thirty dollar price was a bit high, in comparison to the number of games in other compilations. But after digging in and rediscovering delight fighting Fygars and Pookas in Dig Dug, and bombing battleships in Sky Kid, the title proved its worth by offering an exceedingly solid collection of games, almost all I would have paid at least three dollars for on Virtual Console. Having them all in a tidy little anthology feels nice, even if there are a scant number of supplementals.

Namco Museum was played on the Nintendo Switch
with review code provided by the publisher.

Namco Museum
Platform: Nintendo Switch
Developer: Namco
Publisher: Bandai Namco
Release date: July 28th, 2017
Price: $29.99 via eShop
ESRB: T for Teen
Namco Museum review
During the 1980s and 90s, if you stepped into an arcade, there was a very good chance of finding a Namco machine among the assortment of cabinets. While the Minato, Tokyo-based firm has been around for at least thirty years, manufacturing children&rsquo;s rides and rudimentary coin-operated games, it was 1980&rsquo;s Pac-Man that secured the company&rsquo;s name in gaming history. But unlike some of its peers, Namco wasn&rsquo;t a one-hit wonder, producing a succession of titles that would be popular enough to warrant a greatest hits collection of the PlayStation that spanned five hits. Sharing the name of that anthology, Namco&hellip;

Summary : Namco Museum favors quality of quantity as well as flexibility with the output of each title. As such, it’s a worthwhile compilation, potentially rekindling a retro romance with some of yesteryear’s coin-op classics.

Previous: Children of Zodiarcs review
Next: In This Corner of the World review