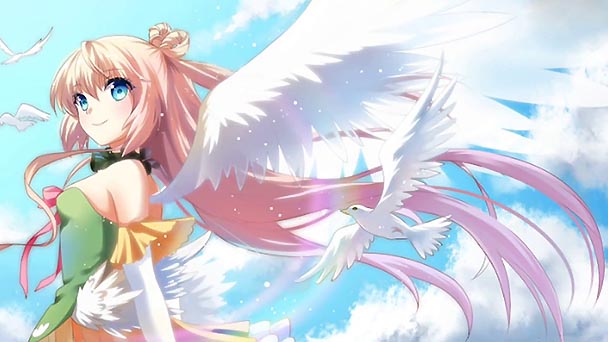 The Switch’s software library is growing vigorously, with each new week habitually bringing in dozens of new titles. Some genres, like music rhythm games have a multitude of options, with titles like Deemo, VOEZ, Lanota, and Superbeat: Xonic vying for prominence. With the release of MUSYNX, a prodigious new challenger enters the aural arena, extending a play list that eclipses its rivals.

Released as a 99-cent app on IOS and Android alongside a multitude of downloadable content, the console debut bundles MUSYNX, 91 songs, along with the pledge of additional content free of charge. And while the proposition of paying a premium price for a mobile port might seem objectionable, MUSYNX extends a wealth of finger-contorting gratification without the annoyance of additional purchase. The game’s only blemish is the lack of any structure for multi-song play sessions. 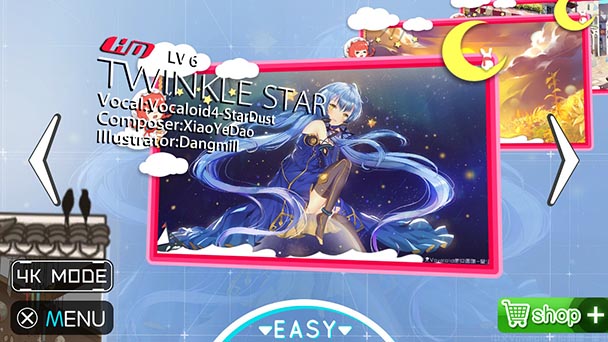 Loading up the game drops players into the song menu, primed to venture into a track. Cleverly, a number of the game’s options aren’t hidden in nested menus but are visible from the game’s main screen. Here, players can opt for four or six ‘keys’, with the latter being a consummate test of music rhymth prowess as bars descent down a sextet of paths. Coupled with options for Normal or Hard difficulty settings, a range of speeds, and button-based or touch-screen controls, MUSYNX scales to a wide range of ability levels.

Typically, I’m pretty awful at these kind of games, but with MUSYNX I was able to perform proficiently, admiring a relatively low rate of missed notes. Some of this stemmed from the game’s leniency when it comes to timing. Although the title evaluates your precision with descriptors like “Exact”, “Great”, and “Right”, MUSYNX is more compassionate that its peer, which can help bolster morale. 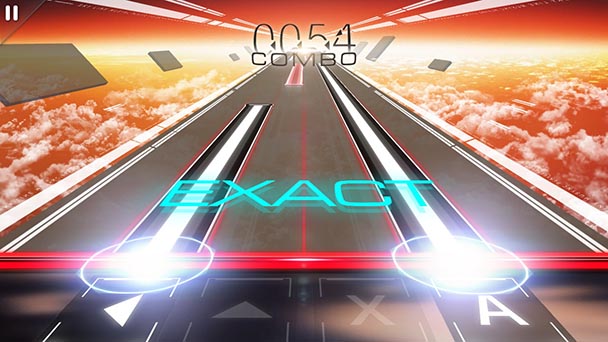 Flubbing a note isn’t without repercussion, though. Adjust the game’s Sound Enhancer setting to either strong or weak, and a slightly mistimed note with meddle with the song’s timing. This becomes especially notable during MUSYNX’s many vocaloid-driven melodies, where if you’re just off, a staccato rhythm is heard. As such, playing a song in MUSYNX feels a bit more like performing that other music rhythm games, with gratification coming from a perfectly timed execution.

While the game allows players to remap the button for each of the four or key lanes, opting for the touchscreen controls tends to make things much more intuitive even if the method forgoes tactile feedback. With the game’s six-key setting, play resembled playing a piano, with multiple fingers of the same hand used to punch out chord-like progressions. 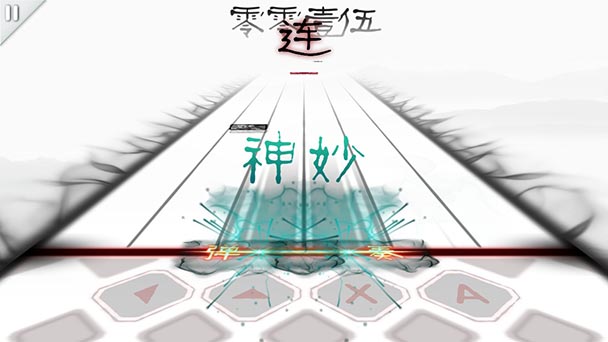 For better or worse, MUSYNX’s mechanics aim for simplicity. Beyond single notes and holds, there’s no star-power score boosts or anything like the scratches of the Hatsume Miku: Project Diva series. Instead, variety is rooted in some of the game’s graphical options. Whether it’s the different eye catch-screens for normal or hard levels, or the multitude of backdrops that complement the tone of each song, the game attempts to offset any visual tedium. In some instances, MUSYNX truly delights, with pixelated note bar during a chiptune track or dàxiě numerals during a Mandarin pop number. Too bad there isn’t more of these kinds of highlights.

And while enjoyment of the game’s tracklist is subjective, MUSYNX offers a comprehensive overview of Chinese and Japanese pop music. From piano solos, vocaloid-sung ballads, bubbly pop tunes, EDM, and even intense dubstep, most players will find at least favorite tracks among the collection of melodies. On the downside, the game resists any type of classification, either by difficulty level, music genre, or language, making it a bit arduous to get to your favorite tracks. Ideally, the developers would have included a way to mark and separate favorite songs for easy access. 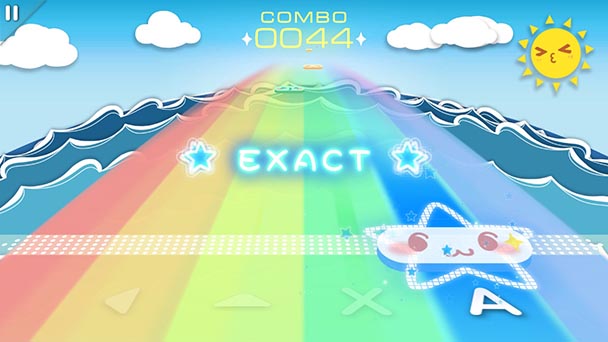 But MUSYNX’s most contentious decision is rooted in the lack of any meta-game. Unlike most music rhythm games, there are no unlockables, multi-song challenges, or any other type of progression system. Instead, the title gives you the full gamut of songs, allowing you to play though them in any order. Those who are held back by limited skill sets might appreciate the decision, but potentially others might be disappointed by the lack of incentive which could undermine long-term play value.

Beyond, the lack of any overarching motivation, there’s quite a bit of fun to be had with MUSYNX. Build upon a soundtrack of delicious Asian pop, the game’s no-frills approach to the music rhythm genre is commendable. As such, if the size of the track list is important to you, MUSYNX is a clear winner, with an inventory of tunes that probably double the size of most peers. But if you’re looking for an incentive to cruise down the note highway, you might want to seek out another vehicle. 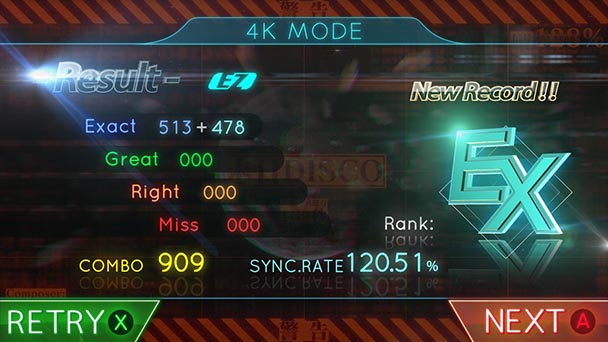 MUSYNX
Platform: Switch, PlayStation 4, Vita
Developer: I-Inferno
Publisher: PM Studio, acttil
Release date: June 21st, 2018
Price: $29.99 via digital download
MUSYNX review
The Switch&rsquo;s software library is growing vigorously, with each new week habitually bringing in dozens of new titles. Some genres, like music rhythm games have a multitude of options, with titles like Deemo, VOEZ, Lanota, and Superbeat: Xonic vying for prominence. With the release of MUSYNX, a prodigious new challenger enters the aural arena, extending a play list that eclipses its rivals. Released as a 99-cent app on IOS and Android alongside a multitude of downloadable content, the console debut bundles MUSYNX, 91 songs, along with the pledge of additional content free of charge. And while the proposition of paying&hellip;

Summary : With a sizable set-list, and a multitude of options to meet players of almost all skill levels, there’s a lot to like about MUSYNX.