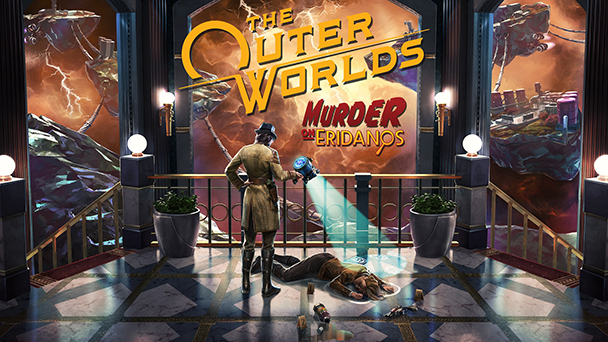 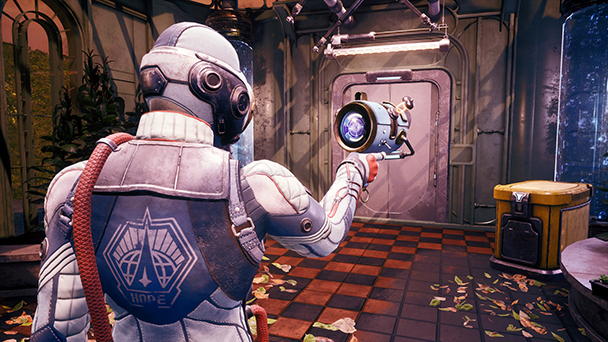 Obsidian Entertainment’s 2019 release, The Outer Worlds, was built on a trio of strengths. The game’s combat was solid, with gunplay that flirted with stagnancy only near the end of the 15-25 hour campaign. Narratively, the branching storyline was rather sophisticated, providing players with a gratifying amount of agency. Purportedly, you could eliminate almost every NPC. Lastly, the game’s humor transcended slapstick. Instead, Outer World’s hyper-corporatized world was stuffed with satire, where a person’s dying words were often campaign slogans.

The Outer Worlds’ first expansion, “Peril on Gorgon” sustained many of these attributes, building upon a solid foundation. But the asteroid-based setting was bland and getting lost was a bit too easy. Reskinned enemies and weapons felt striking similar, making the DLC feel rather non-compulsory. Fortunately, Outer World’s final expansion changes things up. “Murder on Eridanos” is an 7-9 hour murder mystery that feels like being in the middle of an Agatha Christie/sci-fi mashup. 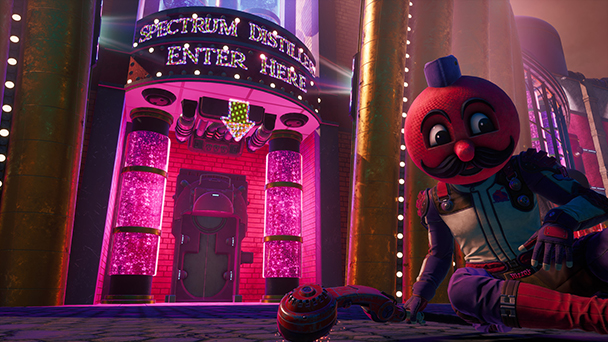 No Fast Travel on Eridanos

The whodunit revolves around the tragic demise of Halcyon Helen, a television star who was killed at the one of the galaxy’s most luxurious resorts. While the plotline is seeped in classic detective noir, Murder on Eridanos makes some clever design choices. Foremost is the expansion’s eponymous setting, which takes place on floating, interconnected islands. Save for the hassle of traversing elongated bridges to travel about, it’s much easier to navigate than Gorgon. Each landmass has a few key locales that shun disorientation. You quickly learn the way from the squalid harbor to the nature reserve, as Eridanos’ multitude of side-quests will have you galivanting across the isles.

Pleasingly, the skyborne hub-world vibrant look subverts the kind of shadowy locale you might expect from a work of noire like Eridanos. Luminous fields of purple flora and pipelines where mega-corporation Rizzo’s latest beverage is distilled endow the landscape with a fantastical vibe. Smartly, the game’s interconnected cast is as figuratively colorful. One of the standouts is Spencer Woolrich, an actor who is his own biggest fan. Here, Obsidian extends their barbs past corporate dominance, giving Hollywood a gentle ribbing as well. 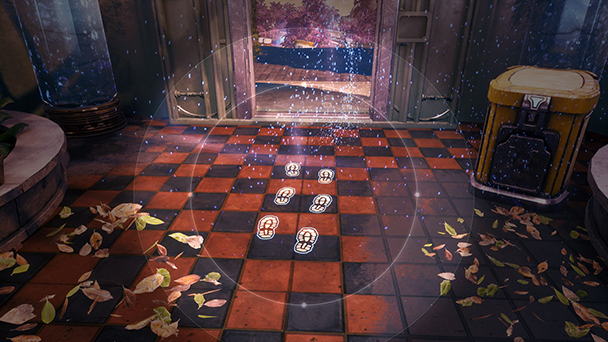 Let’s Get Sleuthing (and Shooting)

Naturally, there are a number of new playthings. Most notable is the expansion’s discrepancy amplifier. Mirror the magnifying glass of classical detective fiction, the tool will have you scouring environments for clues. It’s got a cool temporal twist with the gadget offering the ability to peer into the past as you search for clues and collect incriminating evidence. What’s more it can speak, intermittently stating the obvious or giving players a bit of backtalk. Woefully, the tool doesn’t prod you into the sticking to the main quest. As such, it’s easy to get lost in the little details scattered about. On the upside, the game populates it’s own evidence board, filled with pictures of suspects connected with push-pins and pieces of string.

While you can use the discrepancy amplifier as a knockback weapon, you’ll find the device doesn’t issue much damage. As such, you’ll rely on a more customary arsenal for the sporadic set-piece showdowns. Given the recommended character level of 30 before taking on Eridanos, there’s a strong likelihood that you’ll already be well-equipped with plenty of effective weapons and gear. But quizzically, the expansion showers you with new loot anyway, just in case the murder-mystery doesn’t captivate. 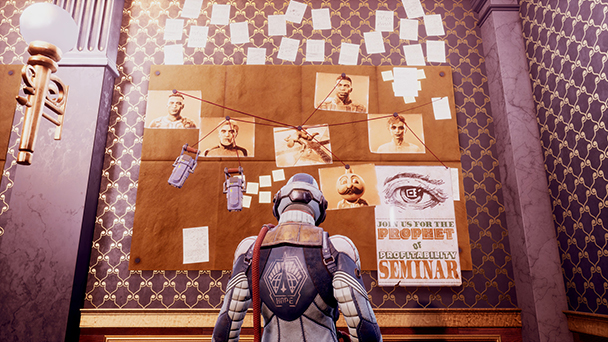 But there’s a strong chance that Eridanos will charm, especially players who appreciate Obsidian’s approach to conversation. Here, you’ll find more exposition than the base game, with cutscenes and companion conversations happing with increased frequency. The idea is a scrutinize these, gradually narrow a list of suspects, and finally point the finger at a culprit, in space Poirot fashion. Like any respectable mystery, you’ll rotate through the roster of culprits, trying to establish motive and a timeline of the killing. The downside is that you can’t uncover the damning evidence on your own. While you can accuse, critical reveals are managed by the game. While that diminish the thrill of self-guided sleuthing across subsequent playthroughs, Murder on Eridanos is engrossing the first-time around. It’s a fitting send-off for the Unreliable crew.

The Outer Worlds: Murder on Eridanos was played
on PC with review code provided by the publisher.

The Outer Worlds: Murder on Eridanos (DLC) review
The Outer Worlds&rsquo; concluding expansion delivers a satisfying digression elevated by darkly comical dialog and an occupying whodunit. Obsidian Entertainment&rsquo;s 2019 release, The Outer Worlds, was built on a trio of strengths. The game&rsquo;s combat was solid, with gunplay that flirted with stagnancy only near the end of the 15-25 hour campaign. Narratively, the branching storyline was rather sophisticated, providing players&hellip;

Summary : The Outer Worlds’ concluding expansion sends player sleuthing through a vibrant world brimming with detail. It's quite engaging until the final curtain pull.