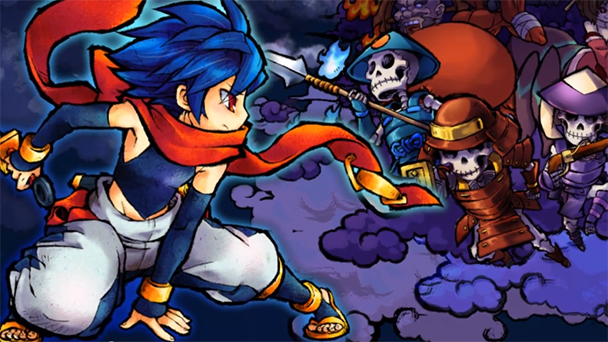 What is the concept?

Mononoke Slashdown puts you in the role of Kagemaru, a roaming ninja who returns home to find his rural village besieged by masses of mythical creatures. Favoring action over exposition, the bulk of your playtime will be spent shrinking the size of this immense invasion force.  Bits of plot are disseminated through text-based storytelling, but most of the time you’ll be cleaving through enemy creatures, hoping to earn enough koban to augment your moveset. And you’ll definitely need to bolster your arsenal, as the game’s two-dimensional stages become increasingly demanding.

Each of the game’s five chapters, contain five stages as well as a boss battle. To support your slaughtering efforts, Kagemaru is given a robust arsenal. The root of your offensive prowess is rooted in a selection of katana. The dispense upgradable combos, allowing you to hack through packs of pugnacious foes. You’ll also have access to a limit supply of kunai. With a button press you can hurl one of these at adversaries, offering the opportunity for an easy stun. Finally, you’ll be filling your ninjustsu gauge with each enemy your extermination, you inch closer to being able to release a screen-clearing rainstorm of retribution. 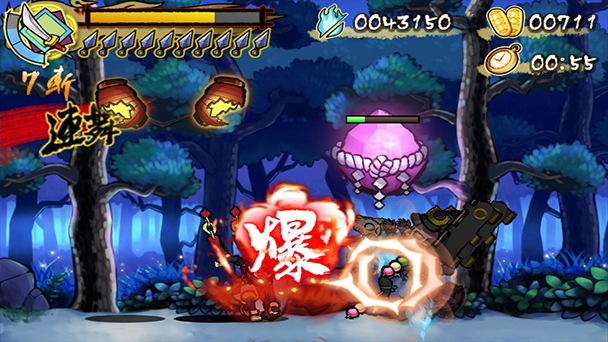 Completing stages provides dividends that can amplify Kagemaru’s abilities. You begin the game with the capacity for dashing and double jumping. Invest your collected coins and you’ll be able to air-dash, triple-jump, and issue a four-hit combo. Or you can purchase scrolls that will let you execute downward spiral slashes or launch enemies in the air. Defensively minded players might want to purchase upgrades that will increase the health-replenishing abilities of onigiri and dango occasionally dropped by opponents.

What are the game’s strengths?

Although Mononoke Slashdown frantic combat is repetitive, it’s also highly responsive. Much like the Dynasty Warriors franchise, the protagonist moves with a speed and agility unrivaled by most opponents. In execution, Kagemaru will be bolting around the screen, issuing a succession of strikes before foes can even foretell and retaliatory blows. Unsurprisingly, this becomes increasing challenging with each passing level, with jumping spiders, charging horseback infantry, and a particularly pesky spider-woman who blows poisonous smoke soon ratcheting up the level of difficulty. If you appreciate a vigorous test of reflexes, Slashdown won’t disappoint, especially if you chase after each level’s heightened optional objective. 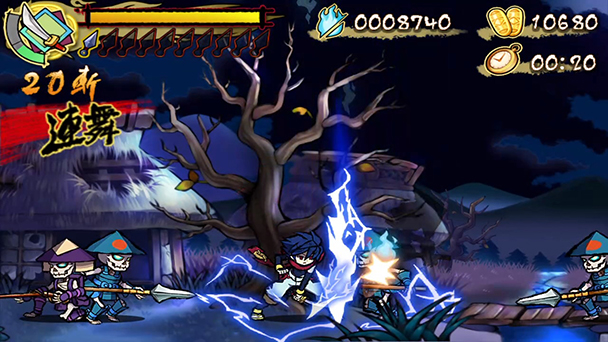 On Switch, the game moves with flawless fluidity, delivering a steady sixty frames-per-second output. You’ll appreciate the responsiveness of controls, and you’ll often have fractions of a section to leap over enemy projectile or evade a devastating boss assault. Likewise, the game’s aesthetics are admirable and help convey the game context. From menu screens that resemble ornate scrolls, imperial stamps when an elective goal is attained, and some rollicking koto-driven musical tracks to help establish a spirited tempo. Visually, Taiwanese developer FK Digital’s incorporation of Japanese folklore is commendable. From long-nosed tengu to pot-bellied demons, Slashdown’s enemy roster might not be diverse, but it’s well-drawn.

What are the game’s weaknesses?

While a robust difficulty level can be rewarding, frustration can sporadically mar enjoyment. The game’s boss battles are probably the worst offender, lacking conventional elements like an enemy health meter or even things like stun animations or sprite flashes that reveal weak points. These are significantly harder than the game’s other stages, and likely, you’ll either have to retry them repeatedly or grind for gear by relaying previous stages. 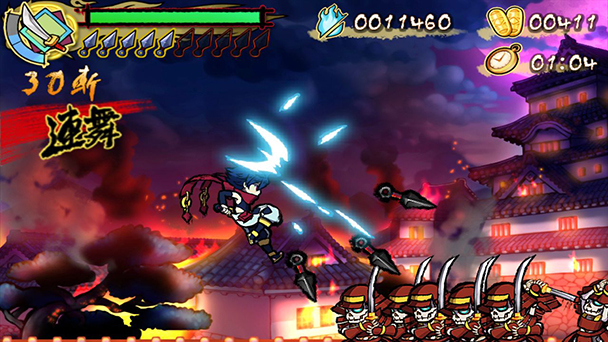 There’s also an issue of repetition. Levels typically involve saving villagers, hacking up objects, or merely eliminating the game’s hordes of enemies. The former can be especially irritating with enemies respawning near village inhabitants, draining their life bar in a single hit, leading to a stage failure. Mononoke Slashdown can be enjoyable in short doses, but the frustration of boss battles and the homogeneity across stages means you’ll want to periodically take breaks or face fatigue in fingers and minds.

Is the game worth the money?

Affordably priced at $6.99 USD, Mononoke Slashdown provides some plenty of enemy fodder for you to slice through. Progress brings about a mixture of fun, frustration, and fatigue, with Mononoke’s demanding showdown requiring a copious amount of grinding to even out the odds. If you’re looking for an inexpensive diversion to keep restless fingers busy, this fits the bill. 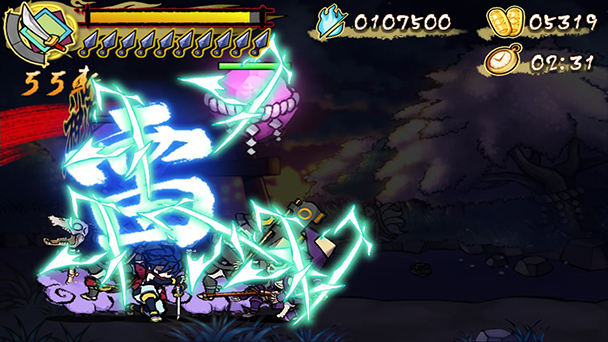 Mononoke Slashdown was played on Switch with
review code provided by the publisher.

Mononoke Slashdown review
What is the concept? Mononoke Slashdown puts you in the role of Kagemaru, a roaming ninja who returns home to find his rural village besieged by masses of mythical creatures. Favoring action over exposition, the bulk of your playtime will be spent shrinking the size of this immense invasion force.&nbsp; Bits of plot are disseminated through text-based storytelling, but most of the time you&rsquo;ll be cleaving through enemy creatures, hoping to earn enough koban to augment your moveset. And you&rsquo;ll definitely need to bolster your arsenal, as the game&rsquo;s two-dimensional stages become increasingly demanding. Each of the game&rsquo;s five chapters,&hellip;

Summary : Recreation and repetition are the two sides of Mononoke Slashdown’s steely sword. Persistent players looking for inexpensive hack-and-slash fun will find plenty of demonic fodder but also a requirement for grinding.