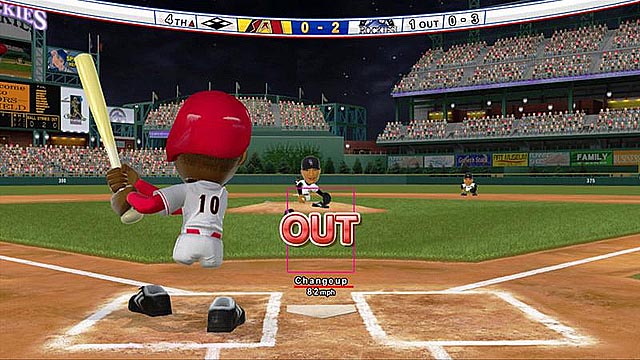 DesertEagle’s Take: For some, the legless, peculiar-looking athletes  of MLB Bobblehead Pros might convey a woefully middling interpretation of America’s pastime. Yet, fans of The Konami’s long-running PowerPro series (known in Japan as Jikkyō Powerful Pro Yakyū) will know exactly what to expect: a proficient recreation of baseball which sacrifices some of the sport’s minutiae to deliver a rapidly paced, pleasingly competitive game. As long as players can overlook the constantly swaying craniums and sluggish fielders, the main title delivers on its ten-dollar admission price.

Skillfully, the nearly half-gigabyte download includes respectable renditions of all thirty 30 MLB parks, team licenses, and a decent amount of roster depth. Don’t expect to throw the wild meteors and cannonballs of classic NES cartridges, Bobblehead Pros interpretation of the baseball takes few liberties. Instead, the title’s focus is on the pitcher/batter confrontation. On the mound, each hurler has a distinct repertoire of throws, which gradually depreciate as fatigue sets in. While curveballs and sliders have an exaggerated  trajectory, pitchers still have to be diligent to pass one through the strike zone. At the plate, batters have two types of swings- normal and power, which affect the size of the contact zone. Smartly, MLB Bobblehead Pros doesn’t become a strategy- slaughtering home run fest. Getting on base is appropriately challenging, allowing players to enjoy the nuances of base running and stealing. 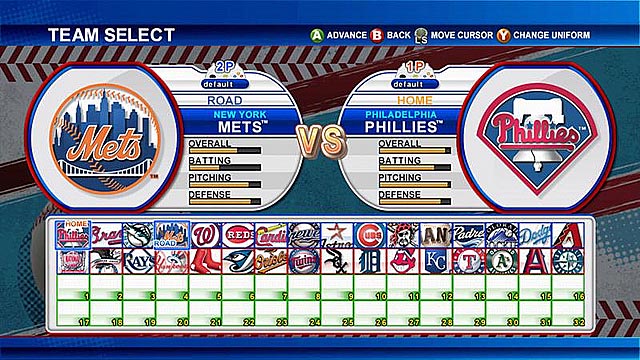 Regretfully, fielding isn’t as proficient, with your outfields moving like obese little leaguers. Although Bobblehead Pros delivers the archetypical fly indicator getting to the ball in time is prohibitively difficult. Moreover, the jumping and diving buttons serve double duty as the game’s base-throwing keys, making gaffes all too commonplace. When Bobblehead‘s  problems are shared between two players, the game works best, as online or local competitors create their own comedy of (fielding) errors. As with most sports titles, the game shines between two trash-talking participants.

For many, MLB Bobblehead Pros biggest transgression is its pricing structure. While the main game is a reasonable ten-dollar purchase, participating in the Home Run Derby, All-Star Game, and building your own bobbles is offered at five dollars per component. My suggestion is to stick with the core game and disregard the overpriced piece meal options. There enough fun to be found in these Bobbleheads without having to ‘spring’ for the all the superfluous supplements. 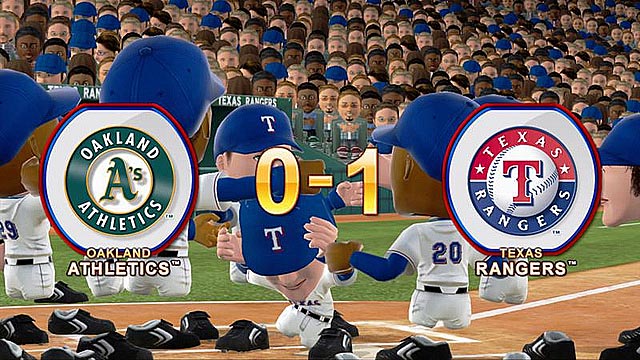 BlueSwim’s Take: The first impression MLB Bobblehead Pros made was a rather off-putting one. You’re greeted by a menu with a long list of choices, but two of the main gameplay modes (the Home Run Derby and “My Bobble”), are locked out with the words “downloadable content” replacing the text of the selection you were attempting to choose. Also locked out as paid DLC are the All-Star teams. With two more “games” (Konami’s wording) coming later in the MLB season for $5 each, one can’t help but assume that they were yanked from the main release solely for the purpose of ransoming more money out of buyers. Another thing that makes MLB Bobblehead Pros feel incomplete is that there was a misspelling in the description of one of the achievements.

The graphics might make you think that MLB Bobblehead Pros is a shallow experience, but this couldn’t be further from the truth. Wii Sports this isn’t. This is a deep, arguably hardcore, game of baseball. Under the default batting control settings, I was barely able to hit a ball that didn’t end up being a grounder to one of the short-stops. I ended up having to slow down the pitch speed and scale back the batting difficulty to the easiest setting (“just swing”) just to be able to consistently hit something that wasn’t an easy out for the CPU. Fielding wasn’t much better. The A.I. automatically switches you to the player that’s closest to the ball. This switch ended up costing me several outs. For a split-second after the swap, I would still be holding the control stick to run the old way, causing the second player to run the way opposite of the ball just long enough for it to slip by both players and into the outfield. 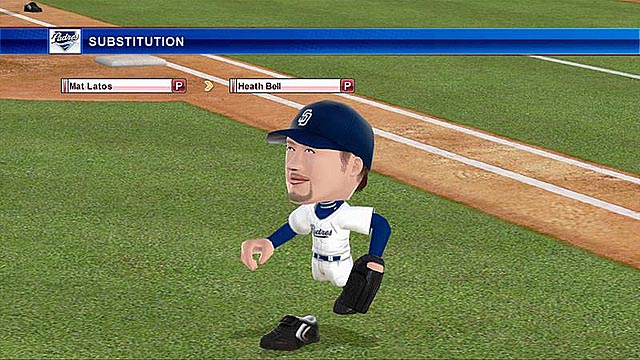 The overall presentation of MLB Bobblehead Pros feels schizophrenic. On the one hand, you have these cartoony, seemingly inviting player graphics and an announcer that slowly says each players’ position on the field like he’s speaking to a kid at their first baseball game. Yet, the gameplay itself could rival most MLB simulation games. It makes you wonder what audience Konami was targeting with Bobblehead Pros. Any parents who pick this up will need to scale down most of the gameplay settings before placing the controller in their kid’s hands.

It’s not that MLB Bobblehead Pros can’t be a fun baseball game. With the right gameplay settings, I did enjoy it. I can also see myself playing more of it after the review process is over. However, the amount of time spent fine-tuning the gameplay settings was more than I, a casual baseball fan now, liked. At 800MSP/$10, MLB Bobblehead Pros is a decent buy for baseball fans, but the despicable downloadable content puts an asterisk next to my recommendation. I couldn’t shake the feeling that I was playing a glorified demo. 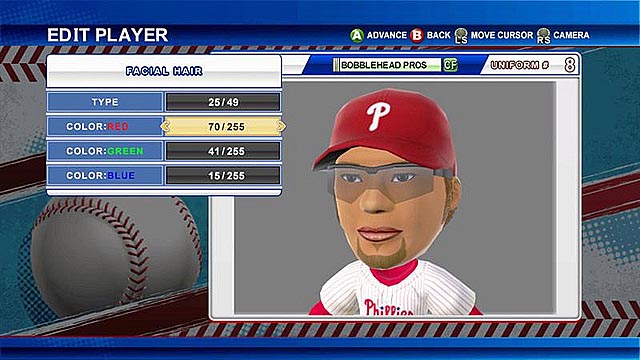