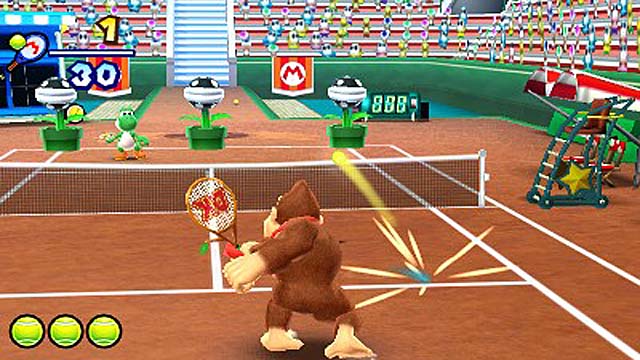 Over the years, Camelot Software Planning’s fanciful interpretations of athletic recreations have accrued a legion of devotees. From an inaugural entry in the Everybody’s Golf franchise (known to U.S. players as Hot Shots Golf) to a pair of perennial Nintendo 64 favorites- Mario Golf and Mario Tennis, the studio has repeatedly demonstrated the ability to create games which are welcoming to newcomers while offering enough nuance to satisfy experienced players. Although the recent release of Mario Tennis Open for the Nintendo 3DS forsakes the engaging career mode that is common to Camelot’s sporting titles, the combination of a robust multiplayer component and several absorbing supplemental mini-games propel the title to the top of the portable tennis standings.

Contemporary tennis titles typically come in two varieties. Some, like Wii Sports Tennis or Ubisoft’s Racquet Sports espouse simplicity, automatically moving the virtual athlete around the screen, as players focus on shot selection. Others like SEGA Superstars Tennis, offer a zany interpretation of the sport, complete with special attacks which relinquish any semblance of realism. Mario Tennis Open straddles the two extremes, offering two divergent ways of play. For those seeking accessibility, the title uses the 3DS’s gyroscopic functionality, tasking gamers with rotating the system to place shots, while the game automatically positions your on-screen athlete. To engage this dynamic view, players need to hold the top screen in a vertical position, which quickly fatigues your arms unless gamers are playing the title in a reclining position. 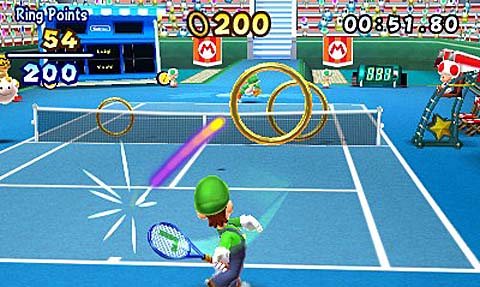 Alternatively, when the 3DS is held normally, players may use either the touchscreen or face buttons for their shot selection. With a healthy repertoire of strokes- ranging from lops, smashes, drop shots and slices, players can either cycle through their catalog of volleys with the triggers or use simple button combinations. Although players may use any type of swing at any time, a number of elements influence the speed and trajectory of your shot. Charging a particular button increases the difficulty of return, increasing the velocity or the amount of curve on a sliced swing. Periodically, colored circles appear on the court; if players can match the color of the icon to a corresponding shot, the ferocity of the return is amplified. Unlike most embellished versions of tennis, hitting the ball never becomes impossible thanks to the absence of any character-specific specials.

In execution, Mario Tennis Open’s gameplay is adept, with extended volleys and each intensifying difficulty level requiring an advanced mastery of control and a savvy prediction of where your opponent is going to place the ball. Yet, single players will likely find fault in the game’s tournament mode, which offers little more than a succession of matches again a variety of Nintendo personalities on themed courts. These competitions do pay dividends, however they lack the light role-playing mechanic which elevated Camelot’s past efforts. 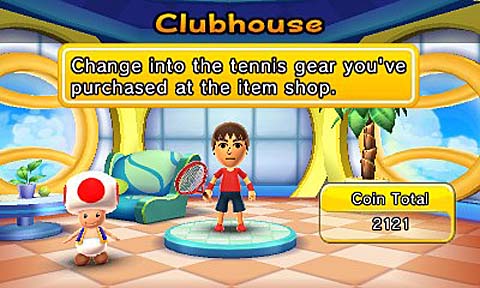 Instead, each of the game’s tourneys reward success with currency, which can be used to purchase new stat-boosting equipment and clothing for your athlete. Although this sounds like a reasonable incentive, players can’t customize pre-existing Nintendo characters outside of selecting from a handful of colors; only Mii’s can be modified. Additionally, the game’s expression of effectiveness for each piece of equipment is lost in a pie graph, which doesn’t illustrate how new items compare to your existing loadout. As it stands, collecting additional shirts, racquets, and shoes is enjoyable, but the undertaking isn’t as absorbing as it could be.

Fortunately, Mario Tennis Open makes up for this failing in captivating collection of mini-games. Ring Shot requires players to aim their shots through ring which increase in size, which simultaneously decreasing in value, while Galaxy Rally requires gamers to keep the ball in play amidst shifting gaps on the court. By far the cleverest diversion is Super Mario Tennis, which tasks players with hitting objects as the playfield of Super Mario Bros. scrolls past. Each smashed brick, coin, or enemy adds to a player’s score as well as to a dwindling timer, contributing to the mode’s addictive quality. With a range of difficulty settings and a liberal payment of coin, these Special Games are certainly one of Mario Tennis Open’s highlights. 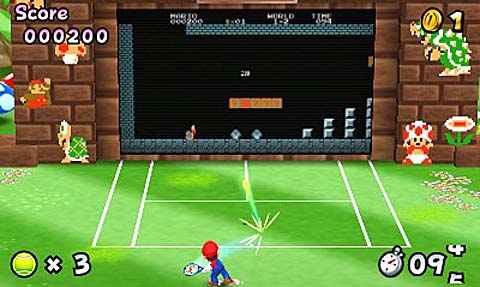 The title’s other virtue is its connectivity, which allows players to engage in local, download, or online single or doubles matches. While the level of competition is aggressive, Mario Tennis Open’s netcode is consistently capable, delivering reliably lag-free contests. The game’s StreetPass integration is similarly efficient, allowing players to either vie comparatively or work cooperatively. Hopefully, the title will secure enough purchasers to make this component involving. After a week marked by twelve successful StreetPasses, I didn’t encounter a single player who had played and activated the game.

Camelot’s expertise in crafting satisfying pick-and-play sporting recreations is evident throughout every match of Mario Tennis Open. Whereas some contemporary tennis titles play like a graphically renovated adaption of Pong, this game offers an intriguing number of shot selection- which help sustain some interesting play. As long as players can overlook’s Open’s tedious single-player tournaments, a combination of a solid online functionality and engrossing mini-games mean Mario’s latest athletic outing is a commendable purchase. 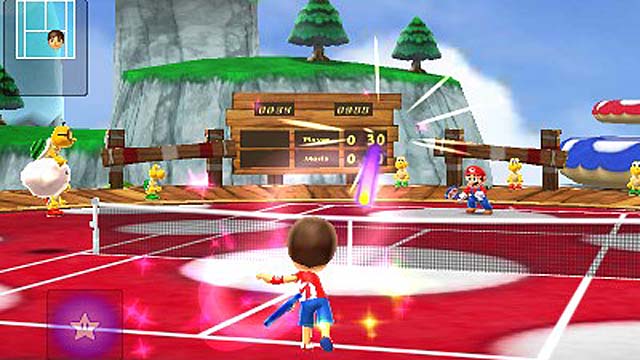 Previous: Atelier Meruru: The Apprentice of Arland Review
Next: Podcast 10-7 On the Road to E3 2012