London 2012-The Official Videogame of the Olympic Games Review 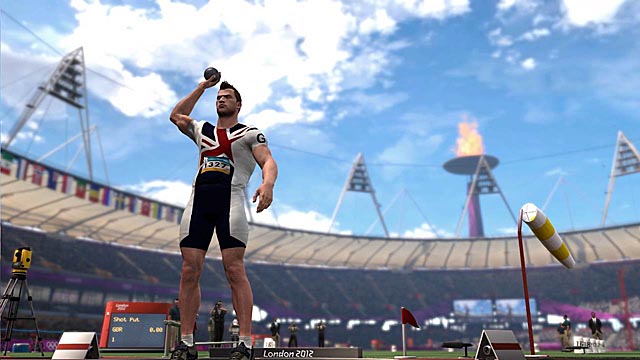 Within moments of booting up London 2012-The Official Videogame of the Olympic Games for the first time, it’s apparent that the title isn’t your typical lackadaisical tie-in. Jumping into an qualifying event reveals a stadium as detailed as any of FIFA 2012’s fastidiously crafted venues, teeming with enthusiastic fans who jostle about convincingly. The competitions themselves are thoughtfully realized, sidestepping the customary manner in which athleticism is conveyed. Instead of requiring blister-inducing button taps, most events are controlled with well-timed and accurately aimed stick pulls. Yet, beyond the accomplished visuals and thoughtful control methods, a number of other key design decisions make London 2012 the best recreation of the Olympic Games since SEGA’s DecAthlete (known as Athlete Kings in Europe) and Winter Heat warmed the drive trays of Saturn owners.

Admittedly, the title doesn’t dispense of button presses altogether. Both track and field events as well as aquatic matches still stipulate a rapid patter of a face button to replicate the power of starting motion. Cleverly, a gauge prohibits these perfunctory sequences from ever inducing finger fatigue. Drumming too wildly pushes the meter into the red zone, indicating that an athlete has passed the threshold of control, and is actually slowing themselves down. Ideally, players should be inputting a steady, rhythmic succession of presses if they plan on taking home the gold. 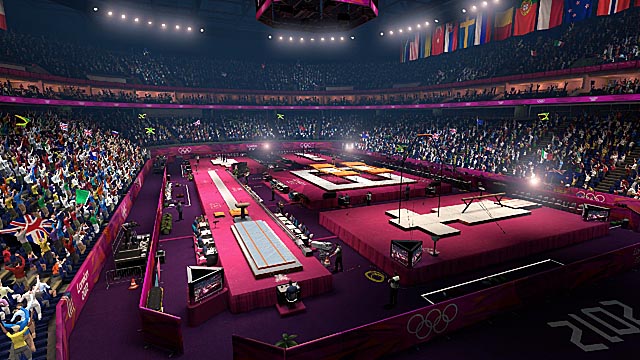 In many of the field events, a competitor’s power is locked once they pass a predetermined physical location, with a horizontal bar showing the player’s efficiency. Sports such as the long jump or javelin then shift into slow motion, stipulating a precise flick of the analog stick. Like a golf game, pulling the stick at an exact angle is the objective, with even a slight shanking reducing the effectiveness of each attempt. Swimming heats compel gamers to alternate downward tugs of each analog stick, while gymnastic and diving events require players to replicate sequences of button presses. Although the last two acrobatic-oriented competitions help diversify London 2012, there’s not enough substance in the aquatic and gymnasium events to encourage players to return.

Fortunately, the game’s archery, skeet shooting, and rapid fire pistol competitions do hold up to repeat play, thanks to an elevated challenge level. From compensating for varying wind to negating simulated recoil, London 2012’s ballistic-based sports are some of the disk’s bests, each benefitting from a quick pace. Like every event in the collection, players are offered a noncompulsory, interactive tutorial which guides players through every action of each mini-game. Having gamers execute the individual motions of each sport at their own speed proves to be a much more effective lesson that a text-only message. 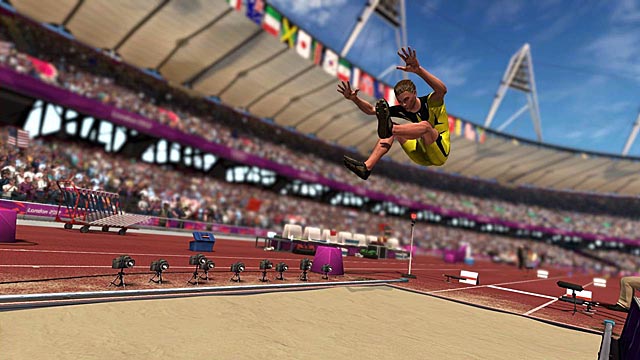 Although London 2012 includes enough athletic recreations to warrant its $50 MSRP, the back of the box claim of 45 different events is padded by about a dozen sports which are duplicated across the genders. Ideally, the game would have included more one-off diversions like table tennis, keirin cycling or canoe slalom, instead of offering near-identical competitions for men and women. For Kinect owners, this deficiency is partially negated by the inclusion of Party Play mode, in which 16 sports receive the Dream Event makeover from the Mario and Sonic at the Olympic Games franchise. Although responsiveness can be frustratingly spotty, these exaggerated pursuits offer a pleasing alternative to the seriousness of the London 2012’s main Olympic mockup; especially in small groups. While splitting arrows Robin Hood-style in a timed Archery variation is undoubtedly fun, the lack of oversized menus for Kinect navigation and inability to even start the game without a traditional controller seem to indicate that support for the peripheral was added at the last minute.

Graphically, London 2012 represents the pinnacle of the Olympic recreation. With athletes who exhibit a variety of facial expressions during each attempt to having character models which correspond to the body type of each sport, the game manages to capture many of the nuances of the actual games. These visual foundations are elevated by velvety transitions and viewpoints which recreate the perspectives of a televised broadcast- right down to underwater cameras and flags which are superimposed on swimmer’s lanes. Although there’s a bit of repetition for post-competition animation routines, the game’s virtual athletes move with the grace and sinewy elegance of their real-life counterparts. 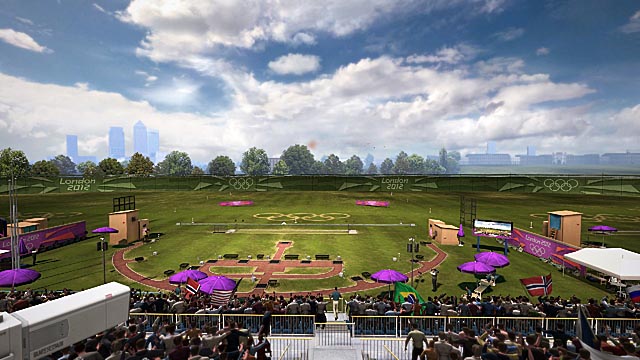 London 2012’s events won’t stoke the fires of patriotism for those indifferent about the Summer Games. Yet, for players eagerly awaiting the completion, the title’s polished mechanics and simulation of spectacle demonstrates one of the best recreations of Olympic glory, reigning alongside Epyx’s Summer Games, Activision’s Decathlon, as well as SEGA’s own oft-forgotten series. It’s a shame that SEGA Studios Australia has shifted their focus onto digital titles, the team seemed poised to take home the gold if they just mended a few elements for an interpretation of the Sochi-based 2014 Winter Games.

Previous: Podcast 10-9: Even Better Than the Real Thing
Next: The Amazing Spider-Man Review