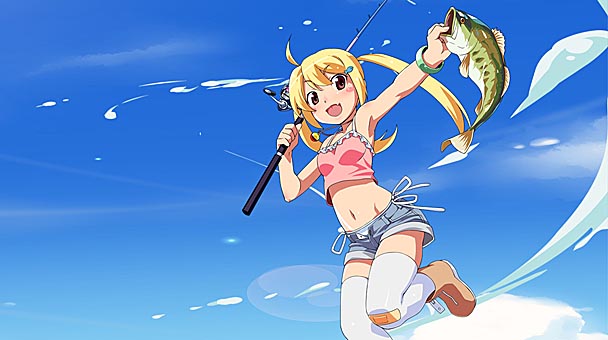 For most players, virtual angling peaked in the early 2000’s with the Dreamcast’s trifecta of fishing titles. The concepts behind SEGA Bass Fishing (as well as sequels Bass Fishing 2 and Marine Fishing) weren’t revolutionary; each game employed the same lure-jiggling and line tension mechanics that had become mainstays in the genre. The real reason behind the series’ success was the ability to use the fishing rod controller- a quirky peripheral that simulated a real-world rod and reel combo. Before motion controls become ubiquitous, using gestures to wiggle around bait or wind in a catch felt remarkably innovative. Although playing SEGA Bass Fishing without the dedicated accessory was possible, once the physicality was removed, the game became a rather bland experience.

During the Wii’s reign, a deluge of titles such as Rapala Pro Bass Fishing, Fishing Master: World Tour, Reel Fishing: Angler’s Dream and even a Bass Fishing remake, tried to reproduce the success of the Dreamcast franchise- typically offering oddball attachments that converted the Wiimote and Nunchuck into a makeshift spinning combo. More recently, Super Black Bass 3D, a game which attempted to bring gesture-based fishing onto 3DS screens, attempted to hook players. Regrettably, the title reminded us that flinging an unsecured portable system to simulate an overhead cast isn’t a very sensible idea. 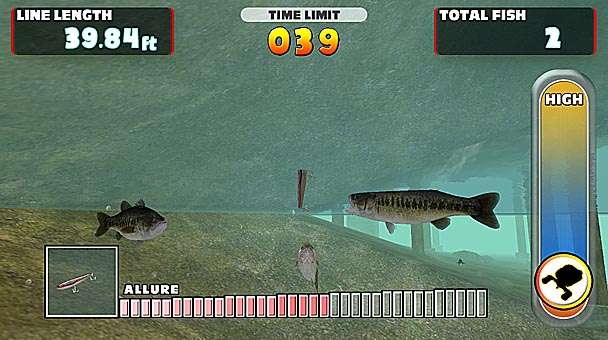 Hoping to restore the luster of the angling genre, the studio behind SEGA Bass Fishing, has returned to the freshwater lakes once more, crafting a game that closely mirrors their original console classic. Mercifully, the SIMS Co. developed, Let’s Fish! Hooked On, for the PS Vita abandons the notion of imitative motions, using noncompulsory touchscreen controls for interaction. Given the development of mobile phone interfaces, using your finger to select a spot to pitch your lure and casting off with an upward swipe should be, as the idiom states, like ‘shooting fish in a barrel’. However, in execution, Let’s Fish flounders- with the finger flicking motion often upsetting the player’s intending casting position. Worse, is the on-screen reel which attempts to replicate a variety of spinning speeds. Trying to coax the obstinate gauge from its inactive position is too often met with limited success.

Naturally, most players will fall back to Lets Fish! conventional directional pad and button input method which function aptly. Like most fishing titles, the game emphases the fundamentals of the sport, using simply gameplay mechanics to convey these rudiments. The distance of a cast is determined by power meter, which oscillates like the gauge used by most golf games. Mirroring real life, the biggest catches can be found lurking in shadowy areas. Because players cast from the middle of the lake, precision timing to reach these areas is advantageous. Winding in a fish involves keeping a close eye on line tension, using two reel speeds, and repeatedly mirror on screen directional prompts. 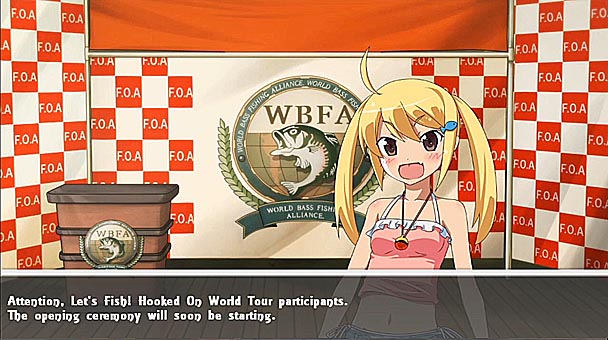 Although the game’s stark tutorial covers the game’s controls, it neglects the nuances of bait selection and manipulation. As such, players are compelled to experiment, carefully monitoring the game’s Lure Appeal gauge to test how the effectiveness of bait on certain fish and at different surface depths. Likewise, watching the meter reveals what types of movements are best at tempting the trout to take a nibble. Although most of Let’s Fish! gameplay elements are appropriate for newcomers, elective instruction in lure management would have made a welcome addition.

While Let’s Fish! Hooked On’s two game modes offer the impression of variety, in reality players will be repeating the same basic tasks repeatedly. Challenge Mode offers a succession of stand-alone, increasingly challenging tasks to players, such as landing give pounds of sea life in two minutes.  Although players receive time bonuses for certain tasks, these handouts are infrequent and insubstantial enough to feel rewarding. On the upside, these stages do provide leaderboard support, so players can upload their data for other to covet. World Tour extends a campaign with thirty-five different tournaments. Recalling the Hot Shots Golf series, players select one of the four initial four anime-inspired characters, escorting them through a succession of dialog screens and competitions. Out-fishing the competition rewards players with additional characters as well as enhanced rods and lures. While it doesn’t have the same draw as Camelot’s/Clap Handz titles, at least there is some inceptive to deprive each lake of large-mouth bass. 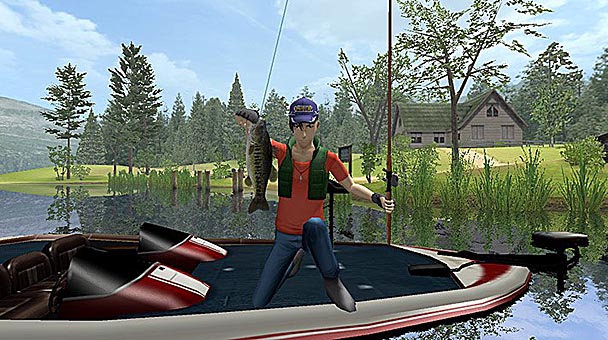 Visually, Let’s Fish! is astonishingly uneven. Some of the game’s backdrops, such as cabins and canneries are meticulously detailed. Similarly, both the title’s moe characters and gilled creatures are adeptly rendered. But journey beneath the water’s surface and unsightliness exists, with environments marred by pixelated plants and wildly uneven framerates. Sonically, the game delivers the genre’s characteristic combination of gentle melodies and jarring guitar riffs which signpost a hook in mouth. While characters speak, they have a woefully abbreviated vocabulary- so expect some grating repetition.

For over a decade, the SEGA Bass Fishing franchise has remained the consummate recreation of the sport. With the release of Let’s Fish! Hooked On, SIMS Co. was obviously hoping to duplicate their success. Although the title is commendable for not trying to cram in motion control, in the end, Let’s Fish! feels a lot like playing the classic game using only the standard Dreamcast controller- serviceable but hardly an obligatory experience. 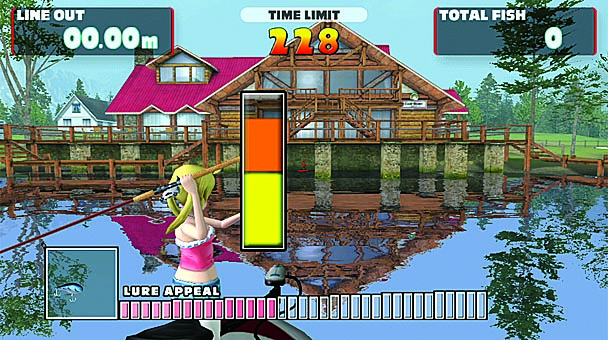 Let’s Fish! Hooked On Review
For most players, virtual angling peaked in the early 2000&rsquo;s with the Dreamcast&rsquo;s trifecta of fishing titles. The concepts behind SEGA Bass Fishing (as well as sequels Bass Fishing 2 and Marine Fishing) weren&rsquo;t revolutionary; each game employed the same lure-jiggling and line tension mechanics that had become mainstays in the genre. The real reason behind the series&rsquo; success was the ability to use the fishing rod controller- a quirky peripheral that simulated a real-world rod and reel combo. Before motion controls become ubiquitous, using gestures to wiggle around bait or wind in a catch felt remarkably innovative. Although playing&hellip;