LEGO Pirates of the Caribbean: The Video Game Review 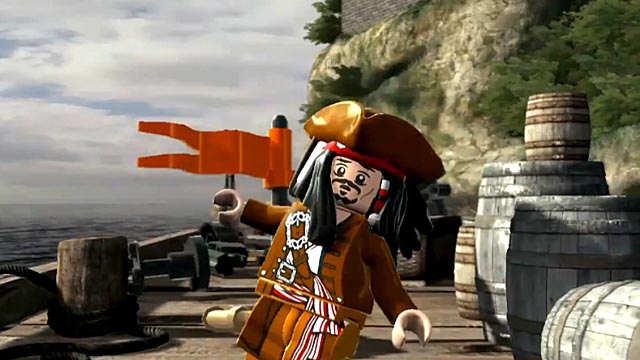 In 2003, with the theatrical release of Pirates of the Caribbean: The Curse of the Black Pearl looming, many critics speculated on the success of turning a Disneyland thrill ride into a full-length feature film. In hindsight, these commercial concerns proved to be unsubstantiated. Artistic merit aside, the movie delivered a frothy dose of family-friendly swashbuckling, crafting a narrative around recognizable pirate lore. Similarly, the recent release of LEGO Pirates of the Caribbean: The Video Game follows the same course, loosely using characters, locations, and events from the quartet of films to plot its own meandering trajectory.

On the surface, the Pirates of the Caribbean film franchise seems idyllic for LEGO contextualization. With four movies supplying district chapters and a setting which presents a way to splinter objects with cutlasses, cannons, and muskets, it might seem like developers TT Games had an uncomplicated task. Upon closer inspection, the films lack both an extended set of memorable characters and the epic set pieces which have elevated the LEGO Star Wars and Indiana Jones recreations. As such, Pirates of the Caribbean uses a bit of poetic license to maintain its LEGO proficiency- unless I forgot about the film sequence where Jack Sparrow went scuba-diving with a barrel, and encountered a giant, caged crab. 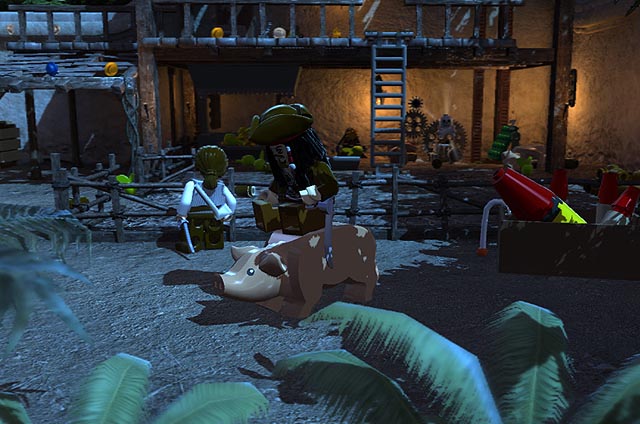 By expanding, compacting or wholly fabricating sequences, LEGO Pirates twenty stages alternate between puzzle and short action sequences. Most of the game’s conundrums are lightweight but pleasing, typically tasking player to use a character or tool to activate a switch. Although the game usually provides assistance in the form of a arrow which highlights a point of interest, there were times when help disappeared, potentially leaving players without direction. Regretfully, Sparrow’s compass is constricted to the occasional unearthing of hidden objects in the environment, instead of being an optional tool to guide misplaced adventurers. Beyond this omission, the title’s puzzles are habitually satisfying, as every dilemma rewards the player with a gentle sense of accomplishment and a shower of studs.

Wisely, TT Games understands that the Pirates franchise is filled with minor players (does anyone recall the buccaneer with the fake eye’s name?) and keeps its focus on leads Jack Sparrow and Will Turner. Like the movies, Sparrow is the undeniable scene-stealing star of the show, and gets his own animation routines which impeccably mimic Johnny Depp’s jovial swagger. Other characters are promoted through class specific moves- women can double jump, while blunderbuss carriers can eliminate shining, silver items. Cleverly, the designers have embedding each stage with character-specific alcoves, raising Pirates replayability, as previous visited levels reveal new facets. 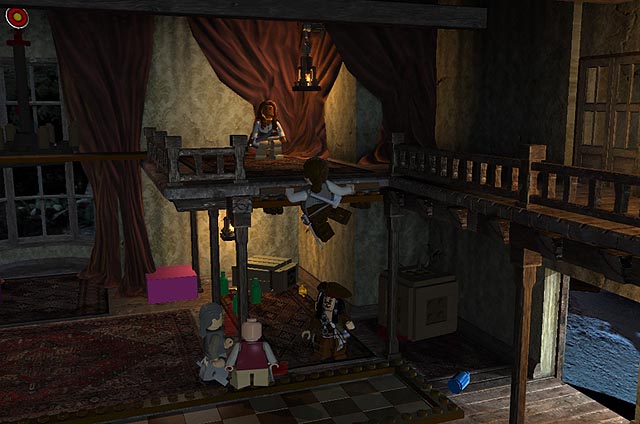 As joyous as Pirates of the Caribbean can be, the title still succumbs to the LEGO game paradox. Although the lure of blue pips can send players scouring each levels fringes, these locations  are the most likely to prove punitive, as a misstep can send players over World’s End. At least, platforming has been enhanced from previous LEGO games, with characters who actually ‘walk the plank’ instead of clumsily falling off it. 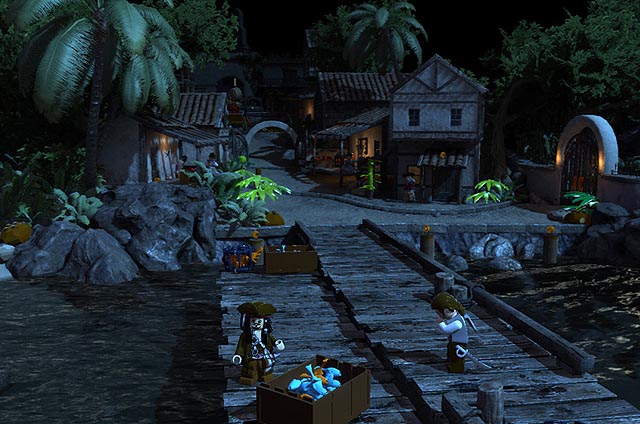 Ultimately, any licensed title should be able to stand on its own, without benefit of its familiar characters, locations, and plotlines. In that regard, LEGO Pirates of the Caribbean: The Video Game is no peg-legged plunderer, relying on its well cultivated mechanics to sail valiantly across the high seas. While not without fault, this latest LEGO excursion is positively worth your pieces of eight.