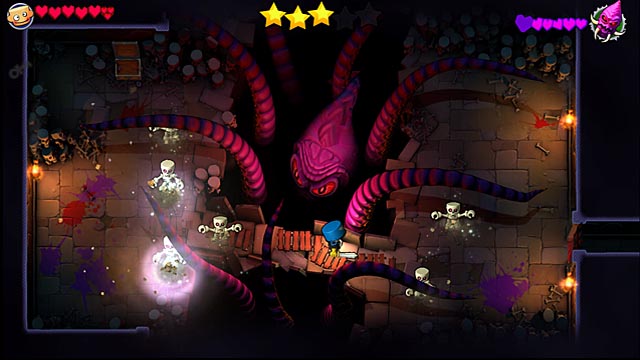 After surveying screenshots of Labyrinth Legends, players could be forgiven if they assumed developer Creat Studios was attempting to duplicate the success of franchises like Diablo and Torchlight. However, once gamers grab a DualShock controller, they’ll discover that the title’s design owes more to Adventure for the Atari VCS/2600 than it does to hack and slash-driven loot drops. Noticeably, the game evades the current approach of procedurally-generated levels for intricately crafted stages brimming with brainteasers. 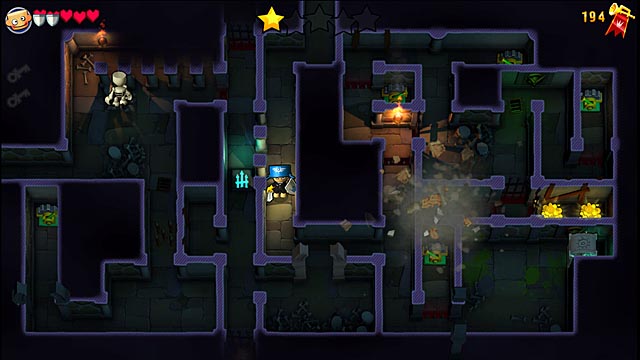 By this time, Labyrinth Legends doesn’t have to rely on cultural references to ensnare a player’s attention. Instead, the game’s dungeons take center stage, delivering a pleasing mix of puzzles, action, as well as the scarce collectable item capable of augmenting the abilities of the lead character. Clever level design is the foundation which uplifts each devious multi-screen maze. Each labyrinth has enough depth to support multiple playthroughs, with each journey likely leading to the discovery of additional secrets. While players intermittently stumble across a new ability-boosting item, the ultimate objective of Legends is to locate each of the five stars buried within each mazes’ recesses.

From floor-based tiles that trigger deadly spinning blades to block-pushing puzzles in rooms filled with toxic gas, the title’s conundrums are culled from a wide lexicon of gaming puzzles. Elegantly, the amount of variation and the challenge level are deftly prescribed, maintaining a fluid pace. Occasional boss battles are also part of Labyrinth Legends repertoire. Mirroring the game’s environmental dilemmas, these showdowns rely on classic formula, tasking players with exploiting weaknesses multiple times. However, Creat does imbed these confrontations with a pinch of creativity, ensuring gratification from players. 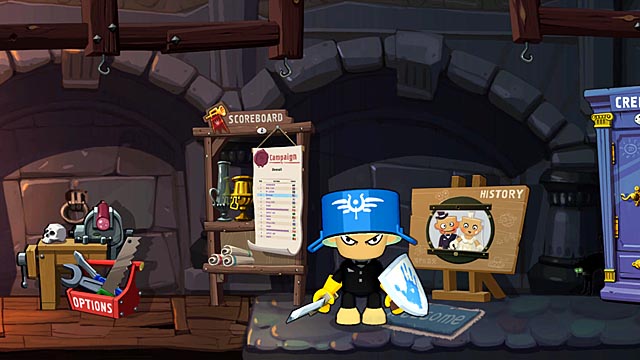 Complementing the game’s cerebral elements are the occasional bits of action-oriented combat. Beyond using a dash maneuver to skirt ahead of giant rolling boulders, players also have a formidable offensive arsenal to strike against antagonists. From a spin attack which helps thin out swarms of encroaching foes to a charged assault, and standard attack, Labyrinth Legends offers a number of methods to subdue assailants. Thankfully, combat is both persistently responsive and thoroughly engaging.

Legends does have a few forgivable faults bound to spur a bit of frustration. While standard fights whittle away at the protagonist’s heath bar, there are the occasional one-hit encounters which require players to replay the entire dungeon. Since the title uses a ‘fog of war’ type veil across each dungeon, being flattened by a rolling boulder or whirling sawblade can come quickly for imprudent players. Fortunately, the game’s comical death animations help soften the blow of humiliation. 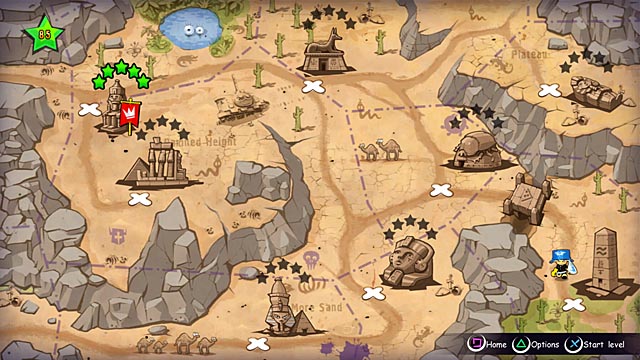 Ultimately, Labyrinth Legends succeeds by shirking convention; after a succession of loot gathering diversions, venturing through Creat’s meticulously crafted mazes is a refreshing experience. Considering the title’s reasonable $9.99 USD price, a full eight hours of entertainment can be mined by completionists consumed with collecting every last, shrouded star. 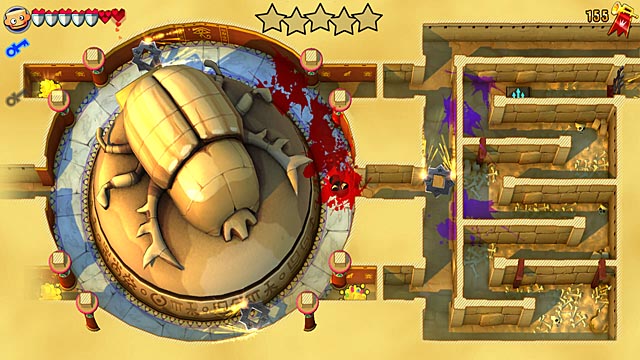 Previous: escapeVektor Review
Next: New Releases for the Week of Jan. 2nd-9th, 2013