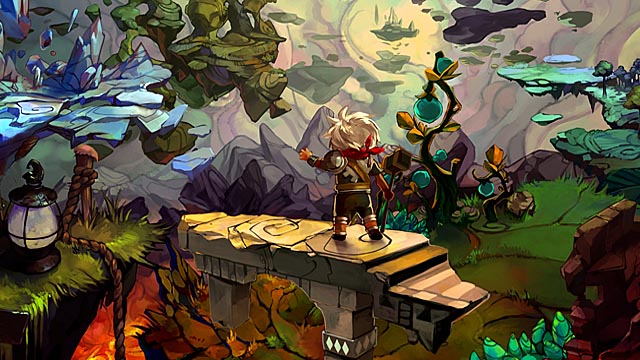 What is the concept? As the inaugural effort from a seven-person development team known as Supergiant Games, Bastion delivers a masterful modernization of the action-role playing game. Recalling the action and narrative heft once displayed by titles in the Ys and Mana franchises, the game commences as the player awakens from a deep sleep, the world around him ravished by an event referred to as ‘The Calamity’.

Both the actions which led to this catastrophe, as well as the protagonist’s background (known as the Kid) are kept purposely ambiguous, a decision which helps preserve a player’s interest throughout the ten-hour main venture. Throughout this duration, Kid stumbles upon an a pleasing arsenal of weapons, which complement his indispensable dodge-roll and sturdy bullhead shield. From the swift melee slicing performed with a machete to the ranged spread shot of a stalwart musket, each armament in Bastion’s arsenal feels both distinctive and meticulously balanced. In lieu of periodic loot drops, players regularly upgrade their weapons, picking perks from a duel-limbed tech tree. Beyond carrying any two offensive arms simultaneously, players also have access to one additional enemy-thwarting technique as well as requisite life-saving elixirs. 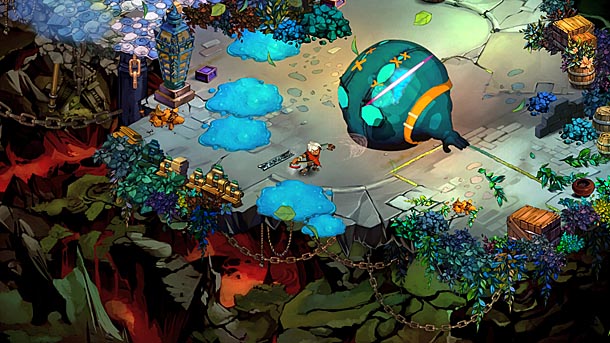 Smartly, customization options extend beyond the game’s armory. From maximizing the hit point cap to increasing the probability of a critical hit, each subsequent experience level supplements the Kid’s strength and sturdiness. Even the game’s deity’s serve as a cloaked difficulty setting, allowing players to increase the ferocity of foes in exchange for additional experience points or currency.

Would I enjoy the game? Bastion’s triple-assault of gratifying weapons, sumptuous aesthetics, and absorbing storyline is likely to captivate a wide swatch of gamers. For many, the game’s moments of tense, antagonist-annihilating action will delivers the obligatory thrills. Others will find delight in the game’s provocative plotlines, which reframes the butchery  by stating that the foes “aren’t much different from normal folks. All they want is a place to stay and a decent meal.” Playful moments like these, as well as some fascinating moral choices, demonstrate that Supergiant is capable of besting the biggest developers. 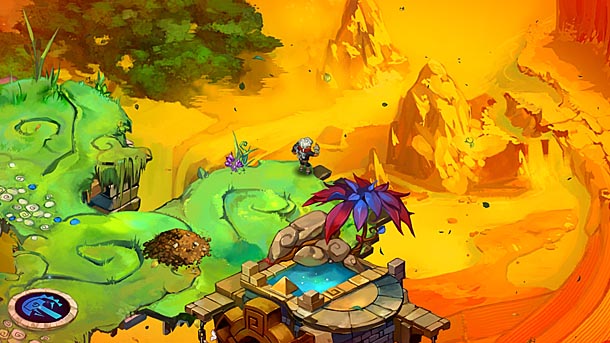 What are the game’s strengths?  Bastion‘s raconteur, (flawlessly voiced by Logan Cunningham) recounts the on-screen events, endowing the game with a resonant cinematic feel.  Not only does ‘The Stanger’ offer immediate commentary on the player’s action, he sporadically warns of imminent dangers, and infrequently, becomes an unreliable narrator. This voiceover is further elevated by a noir-ish, gritty vernacular which beautifully belies the game’s colorful, hand-drawn visuals. Sonically, the game’s selection of songs is wonderfully eclectic, with at least one synergistic moment likely to give a player congenial chills.

Nuance is the game’s other virtue. From mechanics which reward vigilant shielding with a counter attack to luring opponents to attack each other, Bastion’s developers rarely neglected an opportunity to embed satisfying subtleties  in the game’s conflicts. As such, the title’s combat remains just as exhilarating in a second playthrough, offered by a New Game+ option. 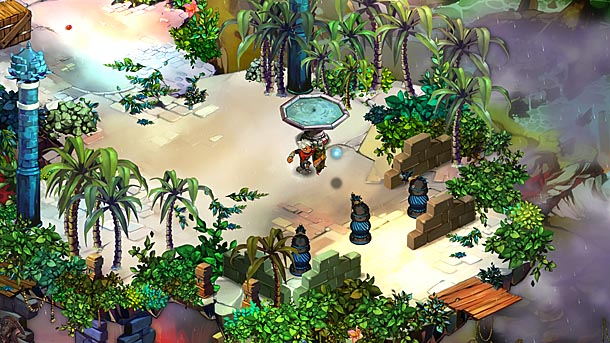 What could have been improved? Intermittently, the title’s most intense combat cultivates a button-mashing mentality- as the protagonist becomes surrounded  by enemies which obscure the gamers’ perspective. Since each of the game’s thirty main stages are set in the sky, accidently falling into a pit or off the side of a busy environment happens intermittently. Fortunately, players are only punished with a light levy against their hit points.

Is it worth the money? Prevailing over disk-based titles with substantial budgets and sizeable development teams, Bastion is the rare underdog which exemplifies the strength of the indie. A purchase of the game not only rewards players with one of the year’s most charming diversions, but also sends a unmistakable message conveying  the capacity of a small, yet masterful design team. Bastion comes recommended as a fifteen dollar purchase, without even a modicum of hesitation. 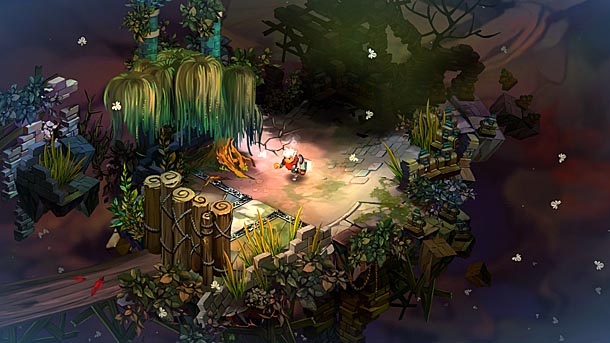