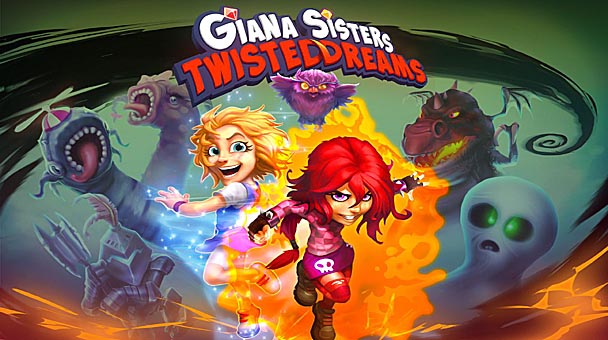 Two decades ago, platformers were the genre du jour, fueled by the escapes of plumbers, hedgehogs, opossums as well as a plethora of corporate spokescharacters. But as pixels gave way to polygons, layers of glorious parallax-scrolling playfields become misshaped into obstinate areas of 3D space. It would take years before the uncooperative camera control and perspective issues found in titles such as Bug!, Gex, Croc, and Jersey Devil would become ironed out. In the interim, the 2D platformer fell from public favor, with only a handful of entries carrying on the legacy instigated by Mario, Sonic, and Sparkster.

In July, 2012 Offenburg-based Black Forest Games revealed their intention to reinvigorate The Great Giana Sisters, a hop and bop title conceived during platforming’s golden era. Obviously, a mere high-definition transformation  of the Commodore 64 title wouldn’t be enough to court contemporary gamers, so the team determined to mix a few modern play mechanics with a high-resolution, 3D backdrops. Following a successful Kickstarter campaign which raised over $180,000, work on Giana Sisters: Twisted Dreams began, and a PC version was delivered last October. 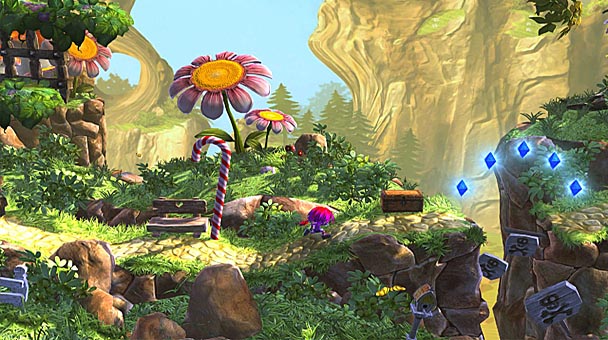 As noted in our review of the PC version, Twisted Dreams proved capable of rekindling affection for the platformer. As its core, the title was bolstered by an absorbing Ikaruga-like mechanic, which allowed players to shift between the Giana’s dual personas. ‘Punk’ Giana’s wrath endows her with a flame dash, which has the ability to sear foes and smash destructible objects, as rebound up narrow spaces like the protagonist in Rocket Knight Adventures. Alternatively, her ‘cute’ sibling has the ability to slow the decent of her fall, which proves invaluable for clearing long gaps. With red and yellow collectable gems dictate transformational times, Twisted Dreams’ first few stages allow players to acclimate to the shifting personas. Notably, aesthetics change for each Giana- with putrefied environments and sweeping piano melodies for the cute personality and vibrant candy-coated backdrops with metal-driven songs for her punky counterpart. Part of the title’s charm comes from transformation, which seamlessly shift both visual motif and music accompaniment with gentle fluidity.

Before long, levels grow increasingly lengthy and compel gamers to rapidly change personas. Navigating through the second world starts expecting precise timing, with gamers fluctuating between Gianas to disengage traps or earn the ability for an extra jump after incapacitating an enemy. While springing across successions of foes calls for meticulous timing, Twisted Dreams does offer a liberal checkpoint system which removes some of the sting of failing a sequence for the thirteenth consecutive time. A bit less forgiving are the game’s bosses which demand mastery of the game’s core tenets. 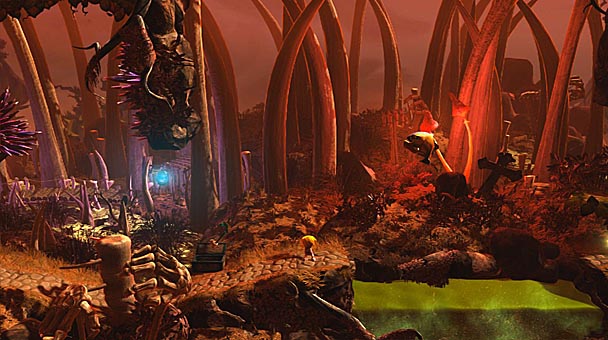 To the game’s benefit, level design goads players toward perfection. Overlook too many gems or die too many times, and you won’t earn enough gems to open certain levels. As such, Twisted Dreams pushes players back into completed levels, to both hone their technique and explore some of the branching pathways which pepper stages.  For those seeking to truly elevate their skills, the title also provides a number of additional variants such as Score and Time Attack modes as well as Hardcore and Uber Hardcore mode. The latter two manage to skyrocket the difficulty of an already lofty challenge level.

Although the Xbox 360 port can’t compete with the high-resolution output and silky refresh rate exhibited on a bleeding-edge PC rig, the conversion is commendable. On console, the game’s framerate remains locked at thirty cycles per second, with no indication of screen tearing. Sonically, the shift between the two musical tracks was sporadically met with the occasional pop or millisecond of silence, which wasn’t the case with the PC build. Regardless of which platform players prefer, Twisted Dreams’ control is persistently responsive, which is essential for getting through the game’s escalating progression of 23 levels. 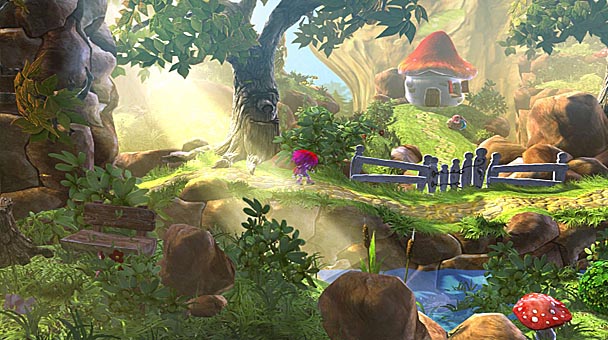 Equal parts Rocket Knight Adventure and Rayman Origins, Giana Sisters: Twisted Dreams’ is destined to warm the hearts of platforming enthusiasts. Although the title’s difficulty level can occasionally dip into the rivers of vexation, most of the voyage is an entertaining, visually stunning jaunt. While the title retails for $15 on Xbox Live Arcade, PC proponents are encouraged to take advantage of the title’s Steam sales