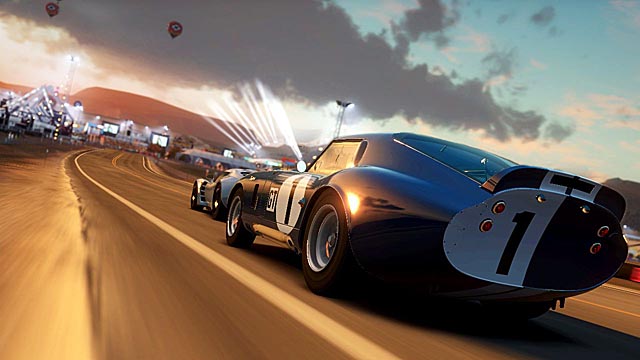 One of my greatest grievances with console gaming has been the dumbing down of simulations. In an attempt to court a broader audience, once complex franchises such as Dragon Age, Splinter Cell and DiRT have shunned their intricacy, shirking many of the nuances which made each respective series appealing to veteran gamers. After seeing Forza Horizon revealed at Microsoft’s E3 presser, I worried that one of the best contemporary racing series’ had followed suit. From the elimination of Forza Motorsport 4’s car tuning, debilitative crash modeling, and a reduction from its predecessor’s framerate, Horizon appeared to be jettisoning many of the nuances which helped put the franchise on top.

Remarkably, developer Playground Games has refuted nearly every concern. Comprised of coders from Bizarre Creations, Black Rock Studios, Codemasters, Slight Mad Studios, and Criterion Games, the studio’s programming pedigree becomes immediately evident. Within minutes of booting up Forza Horizon, it was obvious that Playground retained Forza 4 developer Turn 10’s unmatched vehicular handling model. A ’70 Mustang fastback feels fittingly pendulous- careening convincingly around corners and devouring stretches of straightaway. Alternatively, a 2008 Lancer Evolution X GSR will doggedly grip tarmac and shear through the game’s off-road sections with a level of finesse culled from Codie’s playbook. Pleasingly, the title’s inventory of cars nails the gradations of handling, if players are willing to toggle off the traction, steering, and braking assistance. Removing these aids even pays players larger post-race dividends. Variables such as weight, speed, torque, and grip are distinctively articulated through the 130+ vehicle roster, challenging players to master the minutiae of each vehicle type. 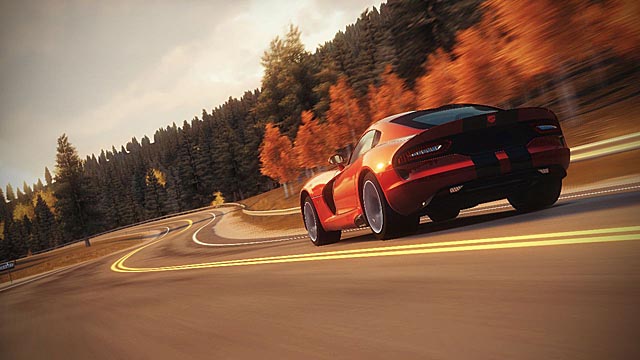 Similarly, Horizon’s environment is as sophisticated as its car modeling. Forsaking the tightly configured test tracks of Forza 4 was a risky proposition, considering that open-world racers such as Test Drive: Unlimited and FUEL often exhibit a fair share of immersion-breaking oddities. Purportedly retaining Motorsport 4’s 320 fps physics engine while increasing the draw distance to 20km allows Horizon to preserve its meticulous handling while flaunting a staggering amount of visual spectacle. Early on, players may spy a faint flicker on the skyline. As they draw closer, visual details steadily emerge, until they drive into that once-distant town, revealing the persistent pageantry of fireworks and whirling carnival rides of the Horizon festival. Even more impressive are the game’s car models; a fastidious amount of detail and an ample amount of reflective surfaces help the vehicles encroach on photorealism. Expectedly, environments are no slouch- with wise-open roadways, curving courses that flank waterways, and twisty mountainous regions which showcase extravagances like lanes filled fallen leaves and a measured day/night cycle.

More contentious are the structural elements which bind Horizon’s 120 single player events. While some will appreciate Playground’s efforts to unify the game’s collection of events, rival showdowns, and impromptu street races, others will have an aversion to these coy romantic fawning and dubstep-drenched aesthetics. While the title’s Colorado locales are inspired, the game’s assortment of homogenous, universally hip, twenty-somethings and condescending opponents feel cleaved from one of the Need for Speed titles from half a decade ago. 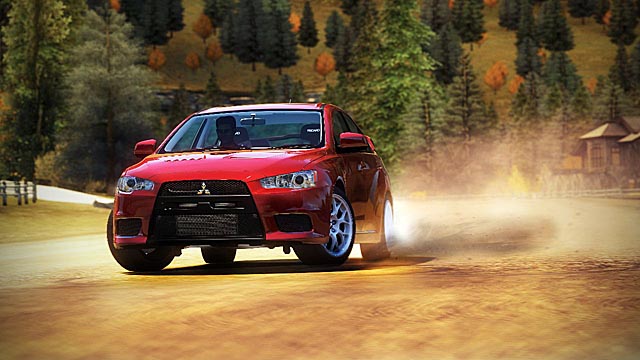 An attempt to match the outrageous mixed-machine racing of Motorstorm proves middling. While the concept of pitting car against planes, helis, and hot air balloons sounds novel, in execution it often feels like a time trial inflated with airborne objects buzzing by. Much more successful is the games popularity system which encourages a sense of wild recklessness similar to the Burnout series. Drifting, near misses, swapping paint, and wrecking light environmental objects all contribute to a player’s ranking, inciting exhilarating combo runs. Similarly, the impish destruction of upgrade signs belong to Horizon’s resident mechanic subsidizes a discount on upgrades, while unlockable classic cars lurk in barns, encouraging exploration of the game’s thirteen regions. AI drivers who buzz around the environment can be challenged to an impromptu race with a press of the select button, potentially adding a bit of currency to your coffers.

Beyond Horizon’s solitary offers, the title furnishes a multitude of multiplayer options. Cooperative play is the game’s biggest surprise, tasking teams with rocketing past a speed trap camera is tight unison or amassing 100 near-missed in a prescribed length of time. Depending on the challenge chosen, verbal communication can be essential- elevating the level of camaraderie. Forza 4’s proven competitive attractions such as Cat and Mouse and Virus return, this time with the benefit of Horizon’s open worlds, offering captivating contests for up to eight online participants. For those just looking for a quick race, the game saves ghost data of every successfully completed event, allowing players to take on both Xbox friends as well as the development team. The sole grievance about the title’s single and multiplayer modes is that they are divided at the main screen, prohibiting an immediate match-up when comrades jump online. 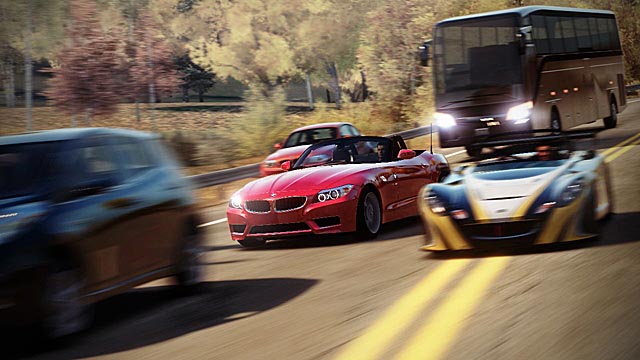 Horizon’s car tuning doesn’t dwell on damper, differential, and tire pressure tweaking, opting for wholesale improvements. It’s a commendable decision, and keeps players on the road, rather than entangled in menu screens. Those looking for a cavernous time-sink can take solace in the game’s vinyl creation component which replicates the complexity of Forza 4’s editor. Players can even import their favorite designs from the last game, although the process can be a bit pokey.

In execution, Forza Horizon doesn’t feel like the provisional spin-off or inaugural output of an untested studio. Rather, the title articulates the refinements of a game that has undergone multiple iterations, reaching cruising speed after a run of successive sequels. Horizon is notably different from its predecessor, rewarding adaptive driving over the memorization of every track detail. As such, it’s an obligatory purchase for anyone enamored by the bellow of a throaty V-8 or a textbook drift around a precarious mountain path. 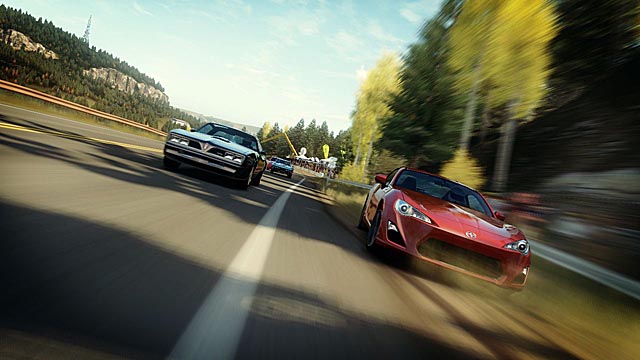 Previous: 007 Legends Review
Next: New Releases for the Week of November 4th, 2012