Sage’s Overview: As the show came to a close, Robert, Sean, and I spent Day 3 split between the south and west halls. I went to Turtle Beach in the morning to check out their impressive headset demos.  And I do mean impressive—their presentation area rivaled that of SEGA & Capcom in size and boasted live voice actor panels and over 100 demo headsets.  As an avid audiophile and analogue sound enthusiast, even I was impressed by the audio fidelity and quality of the digital Turtle Beach headsets.  Their headsets range from $49 to $249 and cover the gamut from causal stereo to the tournament-quality 7 series, which offers varying angle sound channeling.  The 7 series has a hand held controller for full range audio management which is equivalent to full sound card in hand and offers a range of control over sound that is pretty much unrivaled.

After a brief lunch with the CAG-cast crew, we headed back in to the storm.  The show floor offered some good finds but I think the best part of the day was spent up in the private meeting room hallway.  Witcher 3 is up there (as you may remember from Day 1) and it was awesome to see that they won 52 best in show awards, from the prestigious “Least likely to be arse” award to the “I’m drooling” award. Also up there was Oculus Rift, the Virtual Reality headset which has been turning heads since its debut last year.  We got a look at the original one from last year as well as the new and improved 1080p version which they finished just before the show started this year.  The resolution on the HD model is captivating, and the headset is remarkably light and comfortable.  After the look at the HD model, Sean and I took off for the dog fights of EVE-VR.  Sean and I had to play separately (which is probably a good thing since with our high scores, we would have demolished the other team), so when Sean took his seat, I told him to check out the virtual cockpit seat visible you when you turn to look back with the head set on.  Sean was so immersed in the virtual reality that he reached out to see if the seat was real leather, resulting in him punching the wall.  It was a great moment for everyone.  After some impressive scores and chatting with the game developers, we finally left the convention center after I was stopped and interviewed by a fellow steampunk-er for his website. 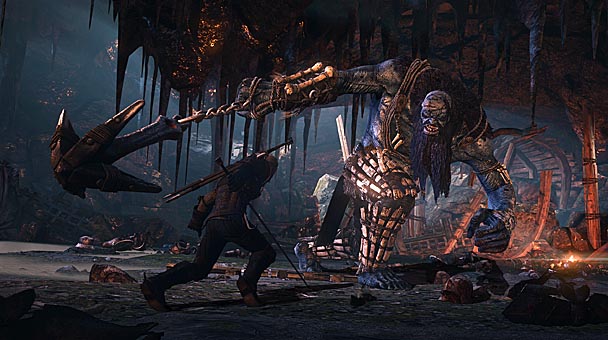 As a final wrap up to show coverage, I have to say: while Witcher 3 and the Oculus Rift are so stunning that they would have deserved best of show in any circumstance, the show this year seemed less robust to me than usual.  Personally, I think this was an effect of the current console war between the XBone and the PS4.  The transient state of the competing technologies had a lot of developers telling us that they’d know more about final game details when they had more information on the upcoming consoles.  While this is an exciting time for technological developments, it does leave a greater part of the evolving gaming world in a state of uncertainty.  Still, it’s all for the best since these improving technologies are allowing for greater hardware advances like the Oculus Rift.  With VR on the rise, who knows what else is in store. 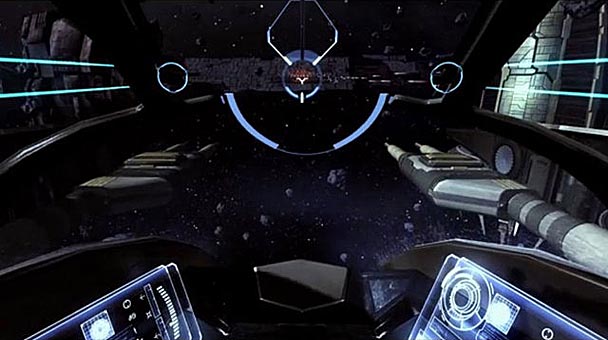