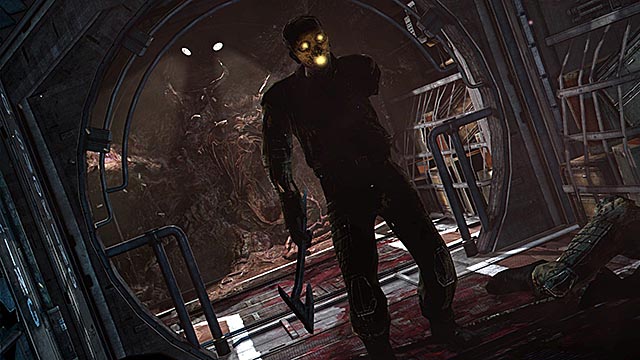 Although survival is a pervasive theme in interactive entertainment, the first two entries in the Dead Space franchise provided a pair of remarkably engrossing depictions of the struggle for existence. Pitting protagonist Isaac Clark against packs of perversely resilient monstrosities, menace lurked in darkened crooks, strengthened by an unshakeable sense of isolation. So when publisher Electronic Arts announced some significant modifications for the third iteration in the series, unease was no longer restrained to the passageways of the USG Ishimura and The Sprawl. Now, apprehension began to linger around developer Visceral Games purported design decisions.

From cramming a cooperative component into the core campaign, shifting the backdrop to a well-lit snow-shrouded locale, and adding elements which mirror conventional shooter rudiments, many speculated if Dead Space 3 would demote the series’ carefully crafted sense of dread. The inclusion of discretionary micro-transactions for a premium-priced title drew additional scorn. 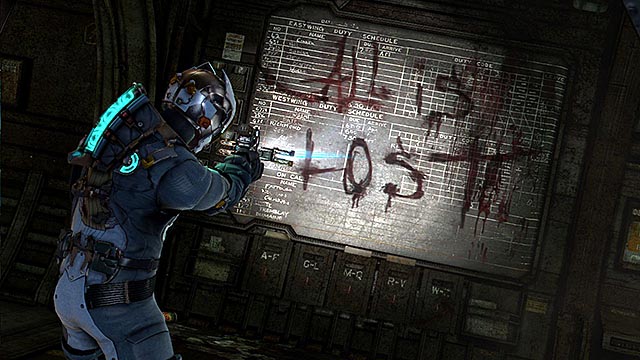 Mercifully, a majority of these changes work to Dead Space 3’s benefit- while other alterations, such as the addition of DLC, can be effectively overlooked.  While the game has undeniable blemishes, enthusiasts of the series will certainly want to give the title a play through. Given the current condition of console-based survival horror, Dead Space 3’s combination of absorbing combat, edgy exploration, and cinematic set-pieces will remind players to the genre’s latent potential.

Gamers wishing to face the onslaught of Necromorphs in jittery solitude, free of the disruptive chatter which often accompanies collaborative excursions, will be happy to know that the title scales commendably. Although soloists won’t experience Sergeant John Carver’s storyline or see a handful of side missions confined for duos, Dead Space 3’s single-player trek forfeits few crucial elements. In execution, the twelve-hour trek provides an admirable amount of shudders, skirmishes, and shivers, all stemming from Visceral’s faultless plotting. With their third iteration, the studio is acutely aware of the pacing required to surprise players. After stepping in half a dozen benign elevators and associating the objects with shelter, a subsequent transport will be teaming with frantic necros, ensuring certain shock. Conversely, hallways filled with inlets for enemies will prove barren, keeping players in a persistent state of unease. 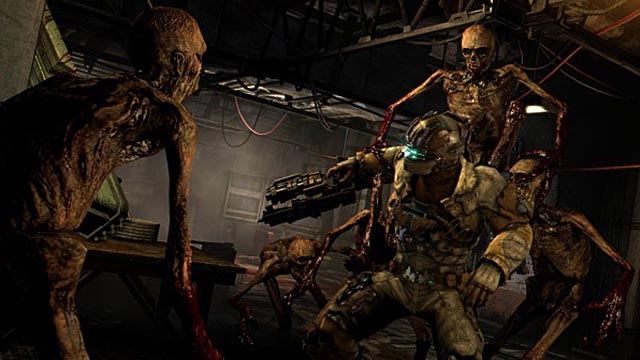 For player pairs, Dead Space 3 provides an asymmetrical experience which sporadically offers divergent perspectives for Clark and Carver. While these perceptions don’t radically change any key elements, it is enjoyable to switch characters on a second play through, noting the differences. Naturally, the game sporadically places characters in supportive positions, tasking a player with helping the other out of a predicament. The developer should be commended for co-op’s harmonious integration into Dead Space; not only does drop-in/drop out functionality work as promised, but loot distribution and item sharing has been prudently implemented. The sole downside is that having a companion can make Dead Space 3 considerably easier. As such, players might want to ramp up the difficulty level a notch.

Until now, Clark’s background in engineering has been largely limited to character representation; his aptitude hasn’t significantly impacted gameplay. With Dead Space 3’s weapon crafting system, the protagonist receives an outlet for his education, and is now able to craft an array of fully customizable weapons. By using combinations of frames, tool types, accessories, and attachments, players are able to assemble a selection of guns which nearly rivals Borderland’s selection of arms. With the ability to strip, salvage, and rebuild new weapons without penalty, Dead Space 3’s craft stations become a tinker’s dream, allowing players to experiment with acid, combustion, explosive or stasis-enhanced ammo. For those who have no ambition to serve as a virtual armorer, the game’s blueprints allow pre-configured designs to be built with a button tap; players may even share these own designs with their co-op partner. 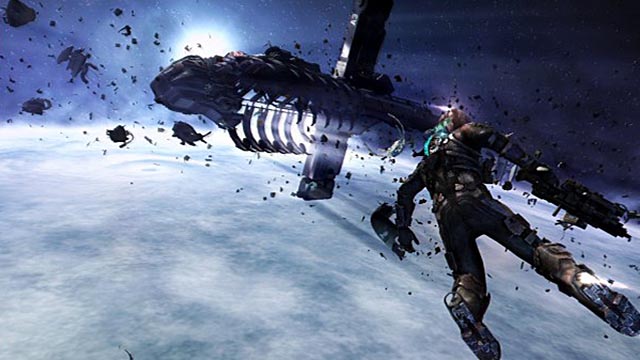 With Clark and Carver outfitted with potent weapons, Dead Space 3’s combat remains absorbing, but a few blemishes are bound to draw the ire of players. Although the game introduces a new roll mechanic, in execution it’s a bit ineffective- requiring new perfect precision to avoid taking damage. Similarly, the title’s new cover command seems born of good intentions, but ultimately proves a bit unwieldy. The game’s visual representation of cover, with Clark’s head jutting haphazardly (made worse during reloads) seem to reveal that the system was a late addition to the title.

While some players will be able to overlook Dead Space 3’s control-based shortcomings, the title’s narrative deficiencies prove harder to pardon. Beyond a reliance on horror tropes (escalating group tensions, recurrent events which keep the protagonist isolated), the game’s narrative begins to splinter across some of the games concluding stages. Expect at least a few disclosures to emerge with minimal foreshadowing, diminishing the impact of some of the game’s pivotal plot points. Fortunately, the generous amount of storyline provided during Isaac’s side missions and by Carver’s exploits helps offset these drawbacks. 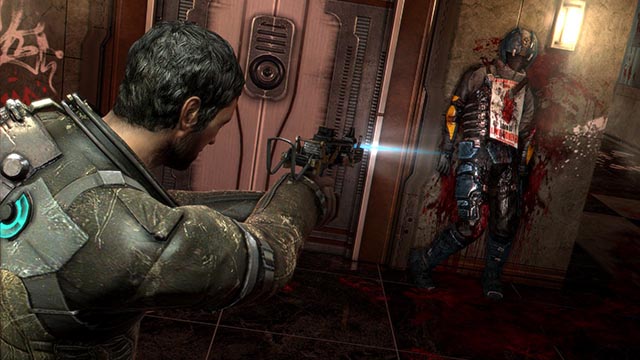 Of course, some of Isaac’s errands seemingly exist to pad Dead Space 3’s playtime. Quests to recover and fix objects abound, and occasionally it’s easy to forget the impetus behind these chores, as they gradually bleed together. Homogeneity is also evident through the game’s milieu. Save for some the thrilling zero G sequences, far too many of Dead Space 3’s events are set against frozen tundras or drab installations. After the diversity of its predecessor’s environments, the title’s cookie-cutter rooms can provoke visual tedium.

On paper, Dead Space 3’s additions and alterations seem poised to sully the franchise’s fear-provoking impact. Cleverly, most are noncompulsory, allowing series stalwarts to enjoy Isaac Clark’s third outing, while players seeking additional variability can delve into the game’s co-op and crafting components. Either way, boot-stomping necros and skulking around menacing corners remains one of the more engaging and immersive experiences found in the contemporary survival horror field. 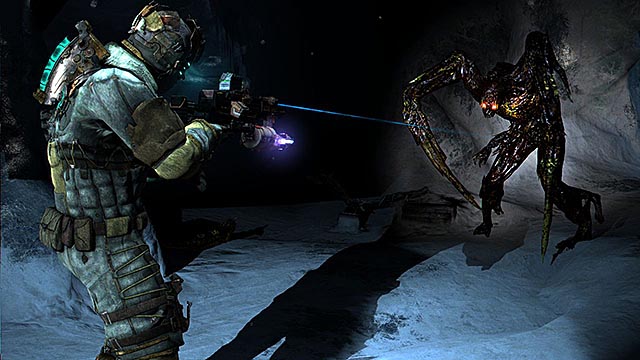