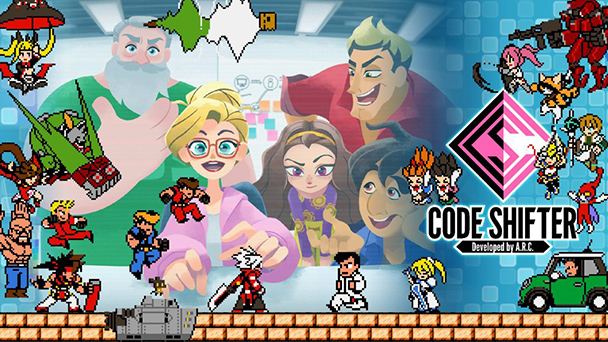 One dependable formula for success unites personalities from multiple properties. From Super Smash Bros., Project X Zone, Marvel vs. Capcom, to the Mario & Sonic series, game crossovers allow beloved characters to intermingle, habitually forming a captivating premise. While Arc System Works might not quite have the overwhelming popularity of Nintendo, Namco, Capcom, or Sega, franchises like Guilty Gear, BlazBlue, and River City ensure the Yokohama-based publisher has earned a loyal following across its thirty-two year legacy.

With the PlayStation 4, Xbox One, Switch, and PC release of Code Shifter, the veteran publisher rounds up over a hundred different characters from across twenty-five titles. So, if names like Sol Badguy, Ragna the Bloodedge, Kunio-kun, Jubei are familiar, Code Shifter is poised to provide the kind of referential delight that invigorates these kinds of crossovers. But know that you’ll have to wade through a tedious storyline and a bit of navigational imprecision amidst this appeasing meetup of gaming luminaries. 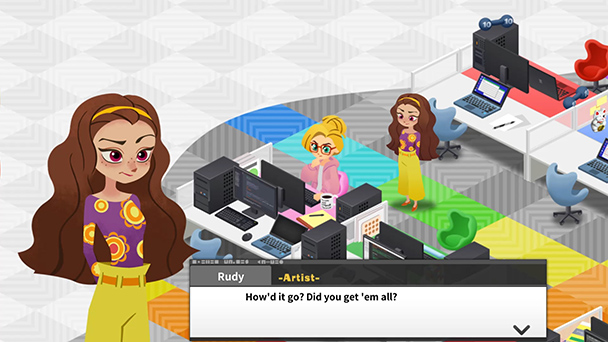 The Tedium of Office Work

Code Shifter’s introduction reiterates on Tron’s ‘world inside the machine’ premise, with the protagonist sending a surrogate inside a computer to battle a wave of infectious code. Between stages you’ll saunter around the offices of Awesome Rainbow Corp (or ARC), a game studio on the verge of launching their biggest title. Here, the fair-haired Stella leisurely maneuvers around rows of cubicles, communicating with NPC coworkers through longwinded sections of dialog that deliver few expositional payoffs. Mostly, conversations just prod the plot along, conveying a sense that there is a malevolent force behind the corruption of programming code.

But when Code Shifter allows players to drop into the machine as the lithe, crimson-haired Sera, things pick up. You’re tasking with ridded problems in each of your coworkers work folders, providing a structure for the game’s collection of stages. Here, Sera sprints and double jumps across platforms, dispensing several types of melee attacks against anthropomorphized bit of malicious programming. She’ll also need to grab collectables and delete text bugs that look like boxes emitting showers of random characters. Both contribute to her stage ranking, and if Sera earns a “S” tier evaluation on a level, she’s able to augment her abilities. 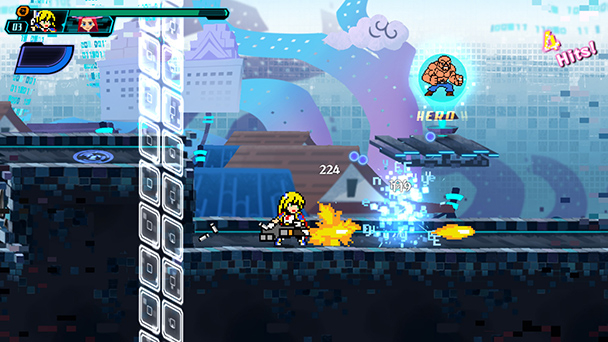 If Code Shifter had exclusively focused on Sera’s undertaking, the title would have been unremarkable. Sure, making your way through the increasingly challenging stages can be entertaining, but with hit detection that’s slightly ambiguous and slightly floaty controls, frustration can emerge if you’re aiming for an undamaged end-of-stage bonus. Sure, hitting foes typically stuns them, but occasionally clusters of adversaries make it hard to remain unscathed. Another issue is that the game’s output is locked at thirty frames-per-second, reducing the sense of fluidity.

Variety is rooted in the game’s transformation stations, which let you shapeshift into thirty different characters. Agreeably, each controls differently and offers their own distinctive offensive abilities. So, Jubei can float on jets of air and deploy his trademark Immovable Object: Lotus move, decimating any line of enemies unfortunate enough to get in his way. Additionally, there’s are seventy assist characters and with a button press, Escape Adventure’s Wakaru Tokino can heal 200 health points. Unsurprisingly, stages are constructed with character abilities in mind, so you’ll have to have Kunio-kun break a create if you hope to access a hidden collectable. Delightfully, every transformation is accompanying by a change in soundtrack, routinely offering charming chip-tune interpretations of notable melodies. Like many action games, boss battles are the highlight, extending spirited showdowns that helps to mix things up. 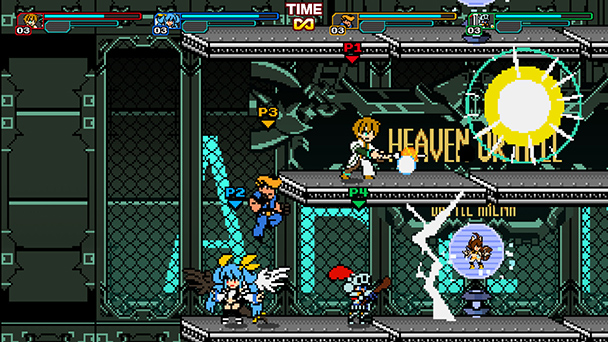 Gradually, eliminating coding bugs makes Code Shifter’s ‘game within a game’ playable. And while Colorful Fighters doesn’t have the wealth of content, it’s an earnest attempt to recreate the accessible skirmishes of Super Smash Bros. Whether you take on CPU-controlled opponents or up to

The game that Awesome Rainbow Corp is working on, Colorful Fighters, becomes available for play in between stages. Pleasingly, any unlocked character becomes added to the list of combatants, allowing up to four players to compete in the score or stock-based battles. With venues based around notable Arc System Works locations, it’s a rewarding addition and just solid enough to make you wish the developers would have taken the idea even further. 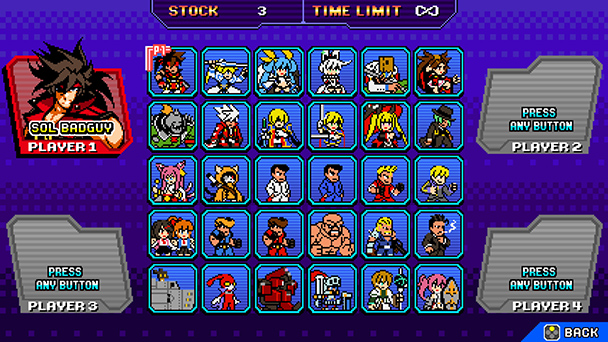 Code Shifter was played on Switch with review code provided by the publisher.

Summary : With a hundred characters culled from Arc System Works rosters, Code Shifter brings the star power. While the play isn’t quite as polished as it should be, seeing Abobo square off against Sol Badguy is a Smash Bros.-like side-game is indulging.