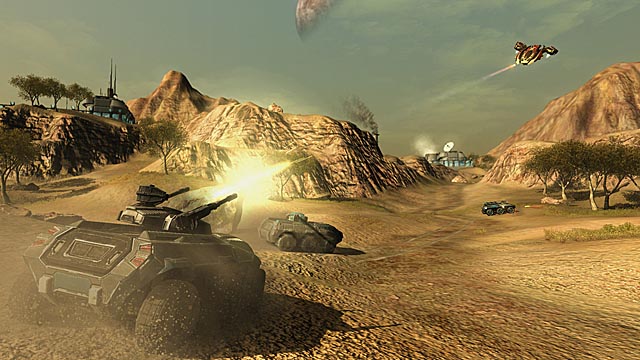 One of the more dubious propositions in contemporary gaming is the reinvigoration of an adored classic. As the botched reboots of respected titles such as Yar’s Revenge, Golden Axe, and Syndicate have demonstrated, modernizing a retro gem often jettisons the game’s original appeal- leaving players with a disappointing, slipshod effort. The recent release of Carrier Command: Gaea Mission for the Xbox 360 manages to evade this particular pratfall, remaining stalwartly faithful to Realtime Game’s 1988 mix of vehicular combat and real-time strategy. However, the game’s unwelcoming disposition and distressing artificial intelligence means that the title is best suited for patient patrons of the tactics genre. Players expecting the polish and constant guidance common to other combat sims are likely to jump ship before the game hits its stride.

Thematically, Gaea Mission’s plotline has been given a minor reconceptualization, placing the forces of the United Earth Coalition and the Asia Pacific Alliance in an impassioned struggle upon a terraformed moon named Taurus. While the change in locale allows this update to deliver a variety of mountainous environments (unlike the flat, texture-less landmasses exhibited in the original game), the chief conflict remains- tasking players with conquering and controlling each atoll in an outstretched archipelago. 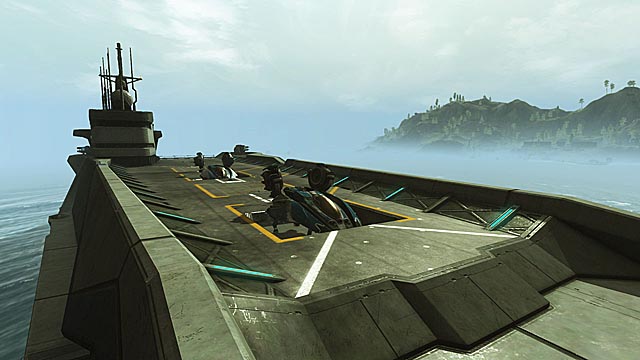 Unquestionably, Gaea doesn’t make an advantageous first impression. Grafted onto the game’s core campaign is a clumsy FPS prologue which spans an unpardonable forty-five minute span. Soiled by robotic enemies which stand in place, floaty physics, and a sputtering framerate, Carrier Command’s preface feels like a subpar launch title, rather than a game arriving amidst the Xbox 360’s twilight era. Aesthetics aside, the segment does an inadequate job of directing the player. Although the section’s final moments task players with seizing an amphibious tank in an effort to commandeer a carrier, the title’s waypoint indicator direct players to the sea vessel instead of the smaller vehicle. As such, my ten minute hike was rewarded with an instant death as my player stepped ventured into waist-high water.

Mercifully, once players make their way to the carrier, Gaea Mission abandons its on-foot gameplay, save for a fleeting sequence later in the game. Here, Carrier Command reveals its true ambition- allowing players to direct the tide of battle from a strategic, overhead perspective or alternatively taking control of the carrier’s automated arsenal. Gradually, players take the helm of a growing fleet, directing up to four tank-like Walruses as well as a quartet of Mantas, which are the game’s air-based offensives. 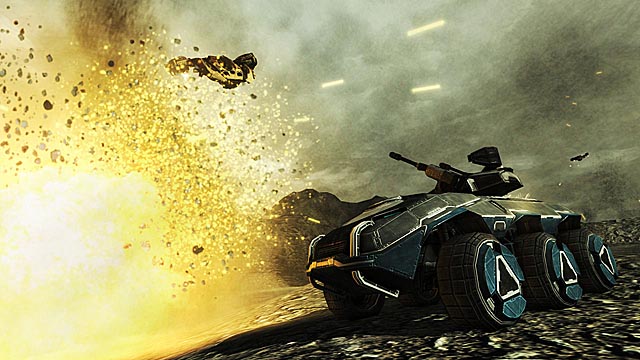 Taking control of the vehicles is a decidedly mixed bag. While the Mantra is impressively agile and enjoyable to fly, the Walrus is a bit more finicky. While having an independently controllable turret would seem to give the machine a decisive advantage in battle, simultaneously moving the gun isn’t centered is persistently awkward. Much like its namesake, the Walrus can be frustratingly indolent; tight turns at low speeds are particularly lumbering.

Likewise, maneuvering Carrier Command’s assets via the game’s map has its drawbacks. Walruses given specific pathways will occasionally renounce direction, traipsing around the circumference of an island or head right into fortified enemy strongholds. Occasionally, the ground-bond vehicles will get ensnared on scenery, perpetually locked in a pattern of brief advances and retreats.  While these AI impediments rarely propel players to a ‘game over’ scenario, they do require persistence vigilance. 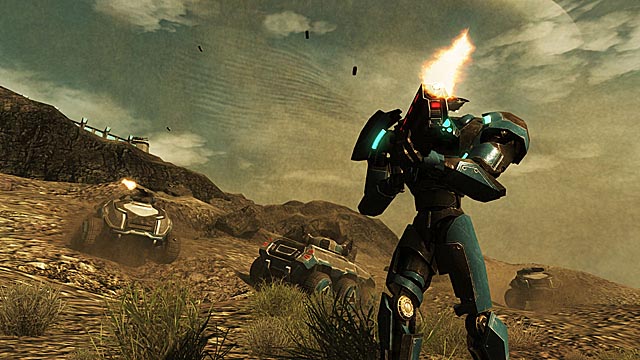 During those moments where the AI is operative, Gaea Mission reveals its ambitions. Taking over islands feels gratifyingly, thanks to the open-ended nature which permits multiple methods of conquest. The majority of locales have a heavy population of foes, delivering a subtle sensation of toppling an imposing adversary. Matching the game’s multiplicity of strategies is an intriguing number of upgrade opportunities for both your vehicles and carrier. As such, players can shape their fleet in a variety of ways, for example cultivating Manta’s into defensive, reconnaissance-oriented craft or into formidable offensive forces.

As Bohemia Interactive’s inaugural console effort, Carrier Command’s visuals are a bit underwhelming. The game’s collections of arctic tundra, sodden marshlands, and craggy mountains lack the rich environmental details found in games built expressively for console. While Gaea Mission’s refresh rate struggles during skirmishes, the engine does flaunt inspiring draw distances. Most remarkable is the title’s ability to shoehorn the control complexities of the PC version onto a 360 gamepad. Between the multiple control layouts and the use radial menus, the game’s input system is problem-free. 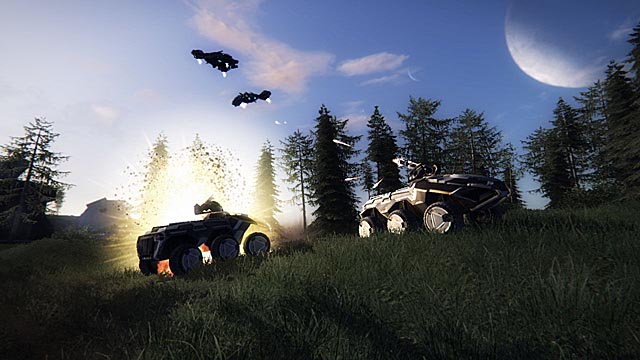 Carrier Command: Gaea Mission’s attempt to satisfy both brain and button-bashing fingers is undeniably noble. However, in the game’s current state merits are drowned in a number of downsides- from an anemic opening segment to vexing ally AI. If these problems can be patched, then Gaea Mission certainly deserves your attention. Until then, this undertaking is best left to tolerant tacticians who can overlook a collection of quibbles.