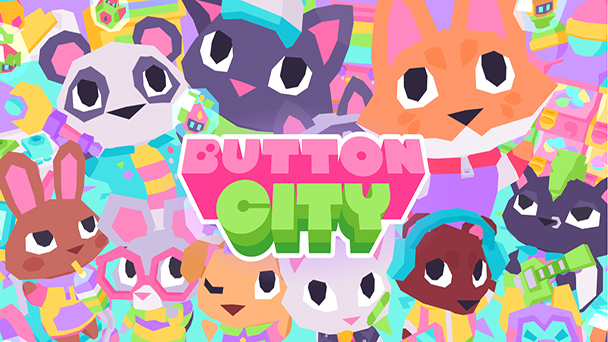 Cute animals, arcades, and a cheerful plot seems like the perfect recipe for lighthearted fun. But sadly, there’s little joy to be found in Button City. From a succession of tedious fetch quests to mini-games that lack enjoyment, you might be better off remembering the joys of gaming with actual friends. 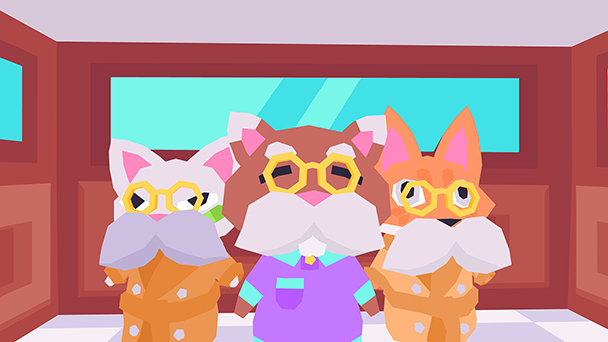 As Hi Score Girl and Retro Game Challenge have outstandingly demonstrated, reminiscing about gaming can be just as every bit as gratifying as actually playing games. Both Rensuke Oshikiri’s manga and the animated adaptation exceled by illuminating the nuances of our pastime, such as just how communicative character selection in a fighting game can be. When lead character Haruo Yaguchi saw Akira Ono select Zangief in a round of Street Fighter II, he became smitten by her arrogance.

Indieszero’s faux collection of NES game also documented the little details, like when pre-internet gaming magazines would provide tips for different titles. While there were no licensed games in Retro Game Challenge, it was hard not to recall the first time you looked at a printed page for prudent gaming advice. 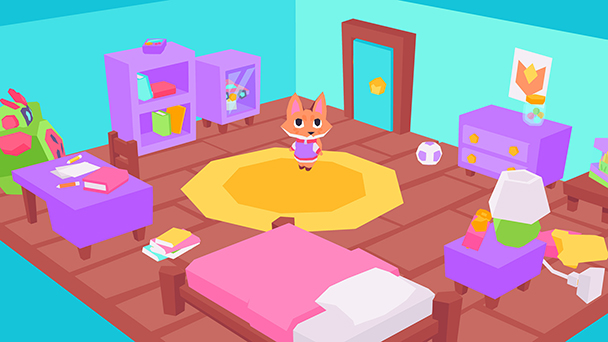 Life in a Three Game Town

But the recent PC, PlayStation 4, Switch, and Xbox One release of Button City isn’t interested in nostalgia-inducing details. Instead, the title is focuses on capturing the tranquil charms of last century’s teen situation comedies. There are a small collection of games in Button City (as well as thankless side quests like picking up fifty pieces of trash), but they’re far from being the highlight of the experience.

Instead, you can expect a narrative-driven storyline centering on a teen fox named Fennal. After moving to a new city with his mother, Fennel has spent the bulk of his summer inside playing games rather that socializing. After being sent out on an errand, he stumbles upon the eponymous arcade, run by the perpetually kind Mr. Buttons.

What follows is Fennel’s quick induction into one of Button City’s teams, where anthropomorphic animals are named after herbs and spices. Chive is the permanently sarcastic rabbit who is a bit of a tech nerd, while Sorrel acts before he thinks, often propelling him into awkward situations. Button City’s low-poly graphics might remind you of games like PaRappa the Rapper and the character development is every bit as simplistic. The sophistication of conversations and plotting woefully never exceeds middle school level. This is odd, since that demographic probably has few memories of the arcade era. 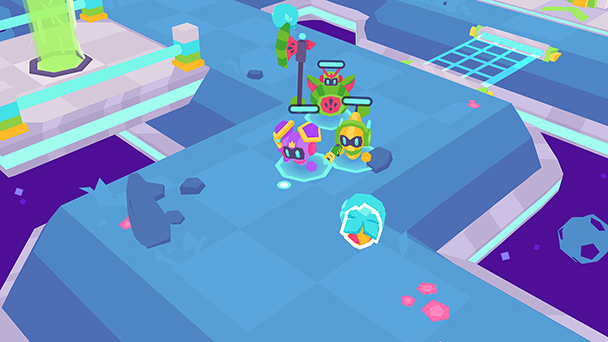 But simplicity is hardly the game’s only fault. The far bigger issue is how exposition is doled out with a procession of tedious quests to complete. While moving from one diorama-like area to another is conducted without any kind of loading delay, Fennel’s walking speed is infuriating slow. Just as bad, the trigger to interact with an object or speak with another character is aggravatingly small. For the first few hours, you’ll have to remember to take two steps back from every door and person.

The stops on the plotline are all exceedingly familiar, with Button City championing friendship and having a rich villain clamping down on harmless fun by threatening to close down the arcade. But the lesson and tension are ubiquitous in children’s media. If you’re seen more than two Disney/Pixar films, you’ll already know the drill. Without the stunning visuals, there’s little distraction in Button City, too. 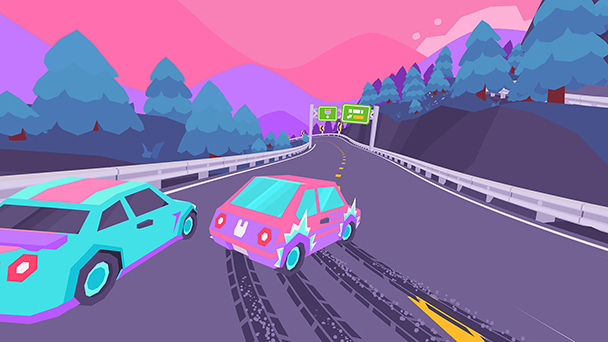 A Trio of Barely Tolerable Knock-offs

So, what about the arcade-inspired games within the game? They’re serviceable as best. There’s a breezy MOBA-like recreation called Gobabots that is played with CPU cooperatives and competitors. But with only a single map, it can get tiresome quickly. That’s also the case with Button City’s racer, rEvolution Racer, where two drivers race around Watermelon Mountain track. While the single course is disappointing, the bit of backstory about the game helps offset the shallowness. Then there’s Prisma Beats, a rhythm game with a distressingly awkward control scheme. Sadly, none of the mini-games capture the charm of yesteryear’s arcade recreations. For a game ruminating about how games can bring people together, this is a massively missed opportunity.

Button City’s bugs are yet another disappoint. From dialog boxes that don’t disappear when they’re supposed to, at least one quest that didn’t record completion, and even the sporadic crash, faults generated additional disappointment. While not a glitch, occasionally the game’s logic can be perplexing. Why is that abandoned soda can on the bench not considered trash when others on the ground are? 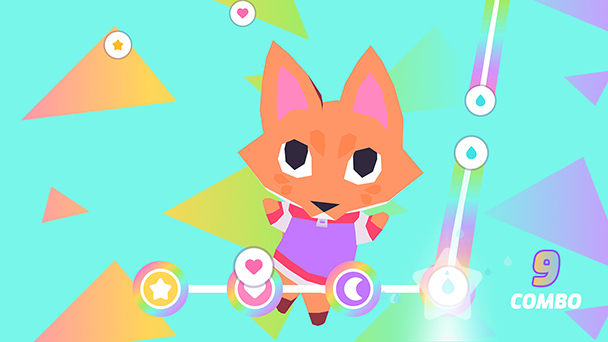 Undoubtedly, the golden age of gaming deserves commemoration. While an indie project such as Button City obviously doesn’t have access to the properties many of us fondly remember, its exploration of the era feels disappointingly empty. Even its narration about camaraderie and shared appreciation doesn’t have much to offer. Revisiting the original Animal Crossing with its anthropomorphic cast and actual NES game might make for a far more rewarding summer retreat.

Button City was played on PC with review code provided by the publisher.

Button City review
Cute animals, arcades, and a cheerful plot seems like the perfect recipe for lighthearted fun. But sadly, there&rsquo;s little joy to be found in Button City. From a succession of tedious fetch quests to mini-games that lack enjoyment, you might be better off remembering the joys of gaming with actual friends. As Hi Score Girl and Retro Game Challenge have outstandingly demonstrated, reminiscing about gaming can be&hellip;