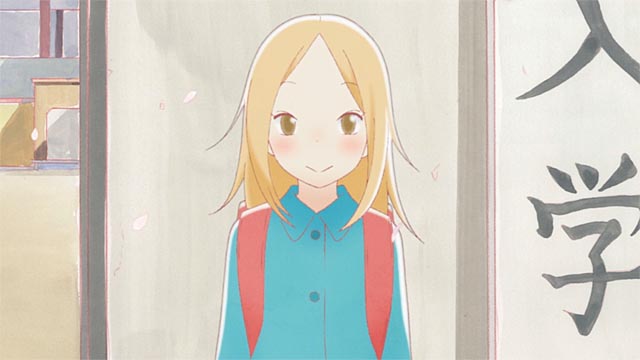 After years of enjoying anime fixated on mecha, magic, mystery and moe sirens, I had convinced myself that the ‘slice of life’ genre had little to offer. Certainly, after witnessing Kemonozume’s naked protagonist sinuously thrash a pair of thugs while strapped to a chair, valuing a convincing representation of everyday life seemed unlikely. Yet, NIS America’s release of the elegiacally poetic anohana: The Flower We Saw That Day revealed the imprudence of my prejudices, delivering a plotline with a poignancy that couldn’t be matched by a battalion of battling robots.

Remarkably, the recent release of bunny drop further demonstrates that a series doesn’t have to rely on bombastic spectacle to create an impression on viewers. With a skeletal cast and an avoidance of the maudlin mush which often accompanies shōjo, the series’ eleven episodes assert the subtle splendor of the mundane. From the subdued character growth exhibited by the anime’s two leads to the steady succession of heartwarming moments situated in the credible, bunny drop’s discreet charms are destined to linger with viewers far past the final episode. 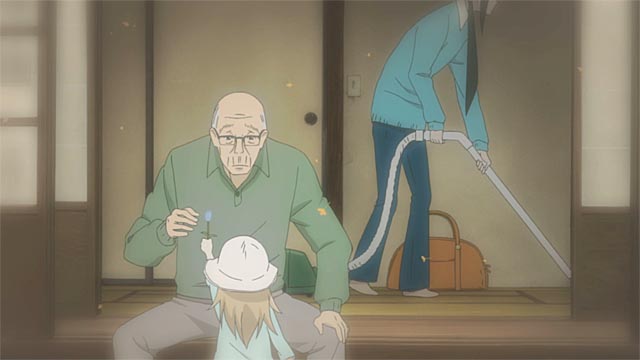 The series opens with salaryman Daikichi Kawachi returning home to attend the funeral of his grandfather. During the otsuya, it’s revealed that the patriarch had an illegitimate child. Naturally, the family, hoping to shirk to specter of disgrace, contemplates giving the daughter to the state. Daikichi, appalled by his relative’s consideration, decides to take in six-year old Rin, favoring duty to family over a potential loss of face.

Although the protagonist’s decision is eased by moments which contrast Rin’s oft-thoughtful behavior against her unruly, impetuous peers, Daikichi’s obligation isn’t the comedic lark typically depicted in most media. We observe the complication in Daikichi’s transition from bachelor to care provider, as the balance between a demanding workload and Rin’s school schedule becomes increasingly insurmountable. Gradually, viewers learn more about Rin’s mother, and see how her career trajectory is contrasted against Daikichi’s. Being privy to both small dilemma, as well as the fleeting respites of sanguine warmth, are bunny drop’s emotive virtues. Seeing the two characters grow, mature, and ultimately, transform each other conveys the sentiment of looking through a family photo album. Consistently, each episode delivers another snapshot which contributes to the anime’s loose but ultimately, organic-feeling narrative. 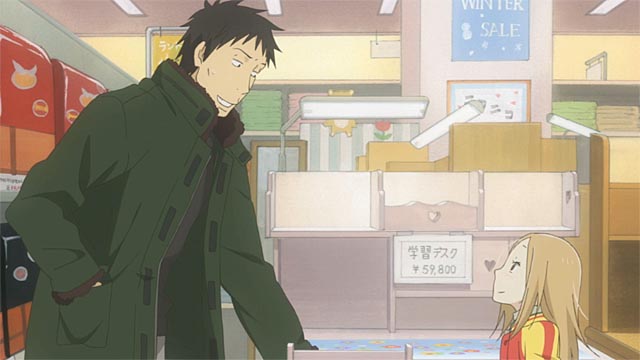 If there’s a downside to bunny drop, it’s that the series’ denouement follows this credible course, refusing to provide a tidy, mawkish culmination. Since Daikichi’s parenting is guided by conscience rather that innate competence, the anime’s culminating episode reminds us that familial relationships typically don’t have clear concluding points. Most notable about bunny drop, is that although an illegitimate child would be a much larger scandal in Japan that in the West, stateside viewers shouldn’t have any trouble identifying with the anime’s core issues. Nearly every event in the series can be contextualized, and the few practices which don’t have a direct U.S. equivalent are inspiring enough to provoke replication.

NIS America’s premium edition of arrives on two DVD/Blu-ray bundled slimcases, each format exhibiting the immaculate image quality of Production I.G.’s artistry, unblemished 2.0 audio, and an admirable menu system. Alongside the eleven core episodes, there are four short bonus segments, clean episode opening and ending edits, as well as a commercial for the series. Round out the set is Rin’s First Year, a hardbound anthology of episode synopses, character profiles, and well as comparison shots from the series’ Osu, Nagoya-setting. Collectively, bunny drop’s opulent box, case covers, and accompanying book design demonstrations the characteristic care that the publisher has devoted to their growing line anime. 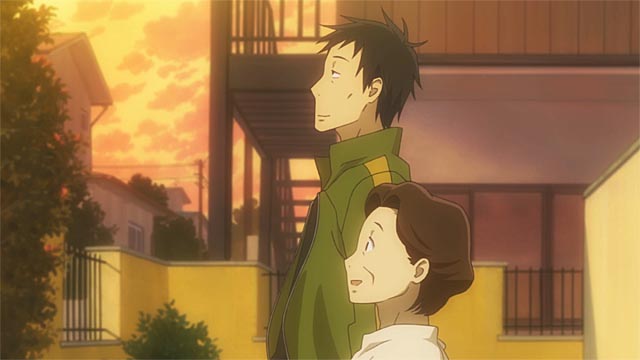 Along with anohana, NIS America’s publishing of bunny drop proves that anime can be engaging without relying on the medium’s well-worn tenets. Forsaking scheming villains and invigorating action sequences, the series triumphs by illuminating the everyday occurrences that add up to form the human experience. bunny drop reminds us that fulfillment often grows from an unlikely seed, flourishing alongside the routine and often overlooked, everyday occurrences.