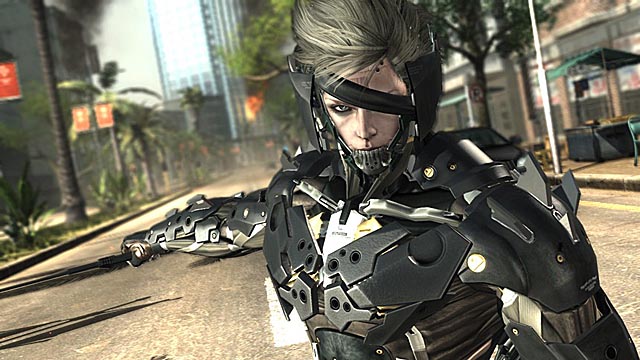 Following Metal Gear Rising’s initial reveal at the 2009 Electronic Entertainment Expo and the release of a gameplay trailer the subsequent year, little was heard from both the game’s director, Hideo Kojima, as well as creative producer- Shigenobu Matsuyama. Many speculated that this silence was caused by Rising buckling under the weight of its own ambitions: allowing the game’s protagonist to slice through nearly anything in the environment seemed to have presented a nearly insurmountable programming hurdle. Thanks to the Kojima Productions Report podcast, gamers did confirm that the title was secretly cancelled, before being salvaged by the team at Platinum Games.

The recent fifteen minute, invitation-only demo presented at this year’s E3 convention showed the game, now named Metal Gear Rising: Revengeance, endowed with a razor-sharp focus- not unlike the katana wielded by Raiden, the game’s protagonist. Forsaking Solid Snake’s stealthy “tactical espionage action”, Raiden is a formidable killing machine, capable of dispatching a group of enemies head-on. Although some may bemoan Revengeance’s radical shift in tone, fans of Platinum’s hyper-kinetic titles such as Bayonetta or Vanquish should appreciate the game’s visceral feel. 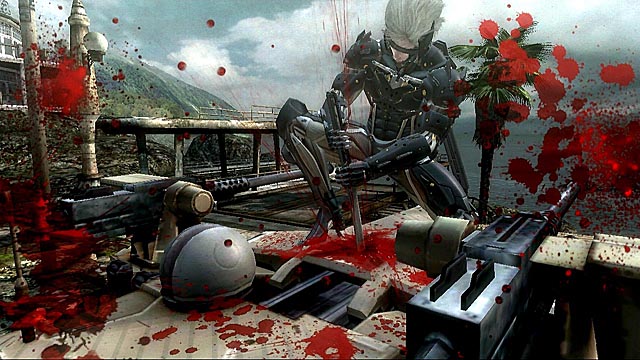 As the core of Revengeance is a game mechanic called Blade Mode, which first revealed itself during the demo’s concise tutorial. With the left shoulder bumper engaged, Raiden was able to slow time drastically, using the X and Y button to perform rapid and heavy slashes, respectively. Precise, albeit slower, slices could be made by press the right thumbstick in the desired direction of the cut, allowing players to accurately hack watermelons into uniformly sized-slivers, or chop through the wooden dummy target depicting a terrorist using a woman as a human shield.

Although Blade Mode allows players to rapidly slice enemies and environmental objects into satisfying slivers, its use is tempered. Picking up nano-energy kits from downed foes refills Raiden’s abilities, encouraging players to use the power in moderation. With the increased precision offered by Blade Mode, skillful gamers are able to slice off appendages or even slash an enemy in half. Stubbornly, opponents who have lost arms, legs, or other part doggedly pursue the player to amusing effect. 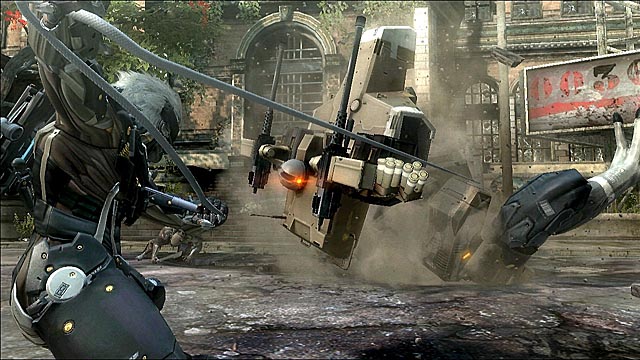 Smartly, stealth hasn’t been completely excised from Metal Gear Rising: Revengeance’s repertoire. Pressing the right trigger initiates Ninja Run- allowing the cybernetic character to clandestinely scurry around, automatically hopping over obstacles in an effort to hack an unsuspecting enemy into tiny pieces. Beyond using this maneuver to scamper across missile launched by a drone copter, Ninja Run also allows players to deflect most incoming projectiles. In all, Raiden’s arsenal feels devastatingly robust, imparted the sense that any adversary can be defeated if the proper tools are employed. While Revengeance does dispense with the sporadic quick time event when gamers rip out a nano-energy from the bowels of an opponent, the game’s variety of tools convey a sensation of power with each maniac button press and pull of the thumbstick.

A bipedal Gekko fight and the aforementioned battle with the unmanned helicopter suggested that Raiden would be taking on more than just mechanized infantry in the full retail version of Revengeance. Exhibiting the painstaking polish that is typical of Platinum’s output, Metal Gear Rising: Revengeance is shaping up to be a must-play title for both series devotees and players seeking an invigorating action title. Those eager to sample the game will find a demo in the upcoming release of Zone of the Enders HD, followed by the game’s expedition to retail shelves in early 2013. 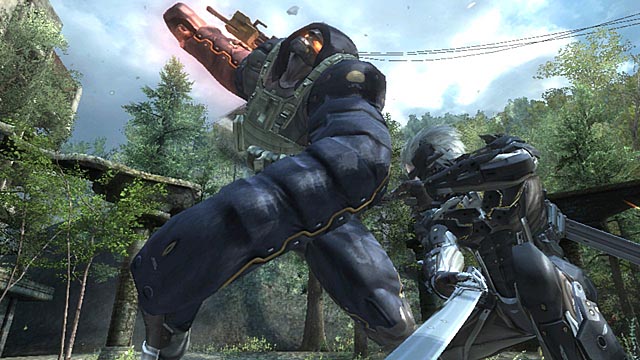