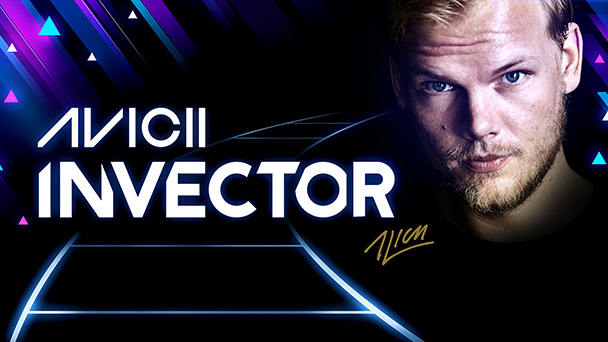 You might assume that a fondness for electronic dance music is a prerequisite for enjoyment with Avicii Invector. But the late artist, as well as this game, push at formula. As such, both transmit a appeal beyond the expected audiences. 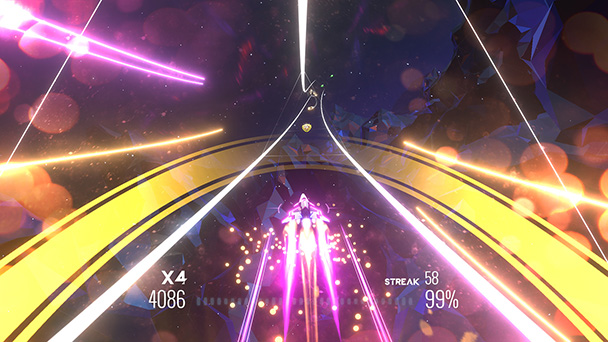 Perhaps, America isn’t enamored with the hypnotic rhythms of electronic music as the rest of the world. But even if that’s the case, that won’t impair enjoyment for the Switch release of Avicii Invector. Although the late Swedish producer and musician’s work is often pigeon-holed as ‘electronic dance’, Bergling’s music habitually transcended the genre. 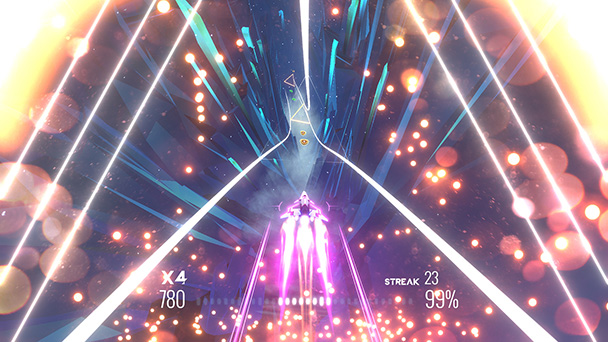 “And if there’s love in this life, there’s no obstacle”

Lyrically, dance music often provides insubstantial lamentations on love or the merriment of all-night rager. But Avicii’s music was filled with the kind of sunny affirmations you might hear from a longstanding friend. Sure, the music might have signaled apprehension with a dip into a minor key, but “The Nights” offered a tender moment between father and son. “When thunder clouds start pouring down, light a fire they can’t put out”, the song reminded.

Although Avicii would occasionally flirt with the lashing rhythms of dubstep, more often he was enamored by the kind of songs that would entice listeners to sing along. From the folksy charm of “Wake Me Up”, the bluegrass influence added to “Hey Brother”, or Wyclef Jean’s silky harmonies on “Can’t Catch Me”, Bergling wasn’t interested in adding yet another sidechain pump to the musical landscape. Beneath the infectious rhythms, Bergling’s songs spoke about the fragility of the human condition. 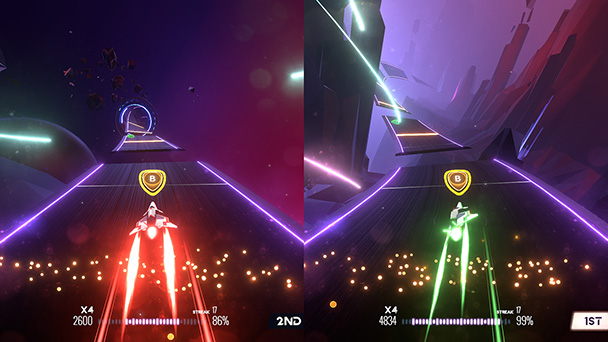 “There’s an endless road to rediscover”

Similarly, Avicii Invector interjects distinctiveness to the music rhythm formula. Yes, you’ll still be tapping and holding face buttons, triggers, and directional inputs as your racing down the title’s musical highway. But Invector’s action takes place inside a translucent triangle. As such, those right and left presses rotate the walls of the playfield, making for hectic, but enjoyable play.  Although there’s intensity, especially on the game’s higher difficulty levels, the game only overwhelms when you’re prompted with a button press immediately after the rotation of the note stream.

Unlike most game’s which rely on multipliers to ratchet up the intensity, Invector extends flying sections where you’ll pilot a spacecraft through concentric rings. It’s not challenging or even very sophisticated, but the task is a much need reprieve from button tapping.  It’s also quite attractive to watch. 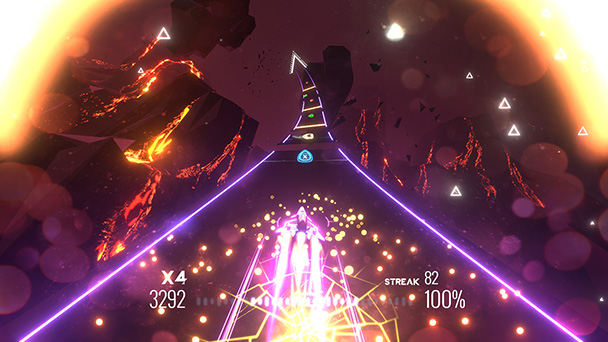 “Think of me if ever you’re afraid”

Credit should be given to developer Hello There Games’ Switch port. The title feels responsive and delivers a persistently fluid framerate, even when the screen is bustling with activity and recognitions of uninterrupted combos. Certainly, a visual design that favors minimalism is imperative to that kind of performance, and the aesthetic works wonders here. Soaring through vibrantly colored landscapes where notes are highlighted with distinct colors means Invector avoids visual cacophony, while offering a futuristic sheen. Woefully, the cutscenes that attempt to provide a plotline aren’t as adept. Although comic-style interludes are welcome, there’s a disconnect between the sleek in-game visuals and the hand-drawn style of these animated sequences.

Typically, you’d find an admonishment for a music game that boosts multiple download song packs at launch. But Invector’s selection of twenty-five songs seems reasonable given the game’s twenty-dollar price tag. Since song royalties for the two DLC packs go to the Tim Bergling Foundation, a mental health charity, you’ll find no scolding here. In fact, it would be great to see more philanthropic efforts in gaming. 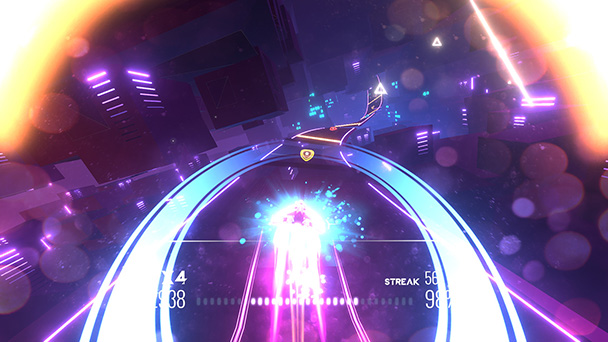 While most music games have the occasional bit of filler, Bergling’s body of work is unrelentingly remarkable, whether through the synergy of a guest vocalist or the unexpected break. As such, Invector acts as a heartfelt tribute to the late musician, adding another way to appreciate Avicii’s legacy. Between working your way through multiple difficulties and a multiplayer component, there’s incentive to revisit the game regularly.

Avicii Invector was played on Switch
with review code provided by the publisher.

Avicii Invector review
You might assume that a fondness for electronic dance music is a prerequisite for enjoyment with Avicii Invector. But the late artist, as well as this game, push at formula. As such, both transmit a appeal beyond the expected audiences. &nbsp; 1997&rsquo;s Beatmania largely pioneered the music rhythm game. A succession of arcade cabinets blended the beats of electronic dance music with well-timed button pressing, accentuating&hellip;

Summary : Avicii pushed at the aloofness of electronic dance music, adding inspirational lyrics and melodies that weren’t just fist-pumping bravado. As such, it’s not surprising to discover that kind of tenderness across Invector’s neon-hued playfields and soaring dreamscapes.