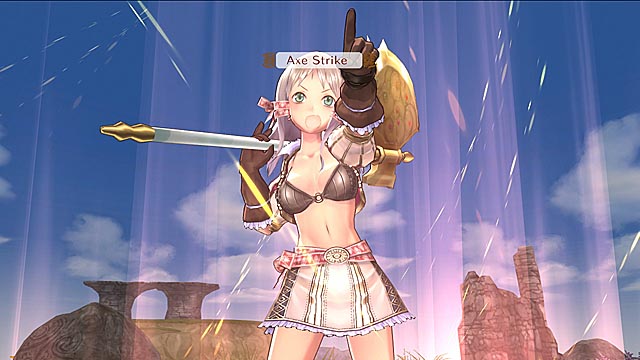 While my teenage years were marked by weekend trips to the congested cineplex, in college I had developed an appreciation for the smaller art-house theatres. Having watched an endless procession of rugged heroes save the world, independent films offered thoughtful character studies, mirroring the introspective qualities of collegiate coursework. Recent release Atelier Tototi: The Adventurer of Arland delivers a similar perspective, offering an absorbing and thoroughly charming alternative to the epic storyline habitually offered by many Japanese role-playing games. As long as players don’t object to a reliance of conventional JRPG mechanics, Atelier Tototi’s poignant narrative is capable of thawing even the most glacial hearts.

Set half a decade after the events of The Alchemist of Arland, players assume the role of Totooria “Totori” Helmold, a perpetually cheerful thirteen-year old. Beyond studying the alchemic arts under the tutelage of returning character Rorona Frixell, Totori aches to become an intrepid adventurer. Pleasingly, there’s an unselfishness in the protagonist’s vocational ambitions; Totori hopes to locate her long-missing mother, who is presumed to have perished by most inhabitants of the local village. Prudently evading the stereotypes of many RPGs, the heroine’s journey is about self- efficacy and discovery, as the oft-bumbling teen grows into a confident, capable young women. 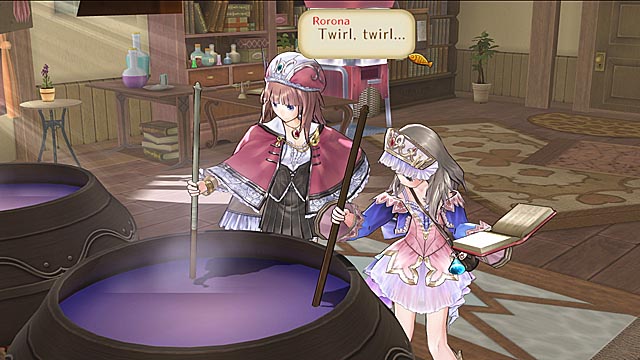 Smartly, the title avoids one of the chief stumbling points of its predecessor. Atelier Rorora confronted players with hectic assignment deadlines, which often sapped enjoyment as gamers rushed to craft a dozen different items. Totori faces only a single, obtainable goal amidst the game’s five-year duration. This alteration is bolstered by a change to the game’s travel system which now allows players to move around towns without assessing any temporal penalties. As a small tradeoff, resource gathering and monster stalking sessions are now appraised more realistically, ending the free pass given to extended jaunts. Despite Atelier Totori’s relaxed pace, the game loses little of its motivational ambitions. Once players bypass the title’s introductory hand holding, the lure of item crafting, exploration, and monster vanquishing are undeniably gripping, with the capacity to compel gamers for hours at a time.

Beyond the storytelling elements, a bulk of the player’s time will be spend in Atelier Totori’s item management and creation elements . Between the protagonist’s sixty-item carryall and the workshop’s near limitless container, amassing a surplus of synthesis items is an inevitability. Fortunately, the title’s cataloging system is marvelously flexible and even allows commissioned crafts to be submitted for grading from the item screen. Meanwhile, alchemy follows a straightforward three-step process, where players combine a few prescribed items in hope of successfully synthesizing an item. Gradation is found in each component’s stats as well as special traits, which can improve the crafting probability as well the quality of each item. 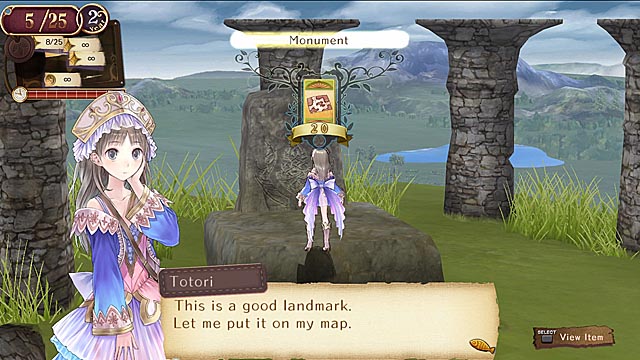 While not the principal focus of the game, combat in Atelier Totori follows prototypical turn-based protocol, pitting allies against foes in an order based on each character’s dexterity. The principal nuance is the game’s Assist System, which allows a nimble press of the L1 or R1 button to instigate teammate support, resulting in a counterattack or shielding. Rorona veterans will notice one noteworthy augmentation to combat- with health, magic and energy for exploration variables replacing a single gauge. Appreciatively, a fallen party doesn’t fling players to a ‘Game Over’ screen, instead sending the team back to the workshop with only a slight advancement of the game clock.

Visually, Atelier Totori builds on its precursor, exhibiting varied, richly detailed environments and pleasantly rendered characters. The game’s sole graphical blemish is the limited number of expressions revealed by the game’s dialog portraits, which lags behind the articulation of many contemporary RPGs. Sonically, the principal English voice actors do a commendable job with smaller roles showing a markedly diminished quality. As with all of NISA’s Bluray-based titles, the option for a subtitled  Japanese voiceover is a welcome addition. 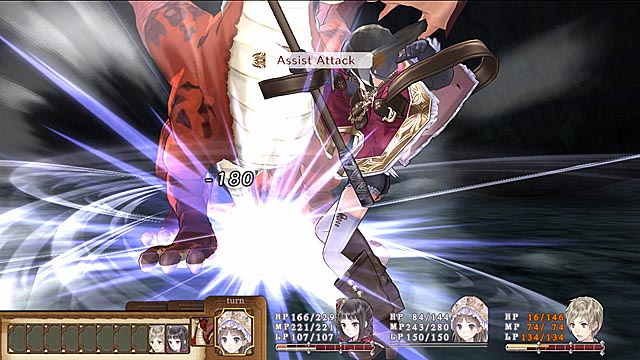 While Atelier Totori: The Adventurer of Arland’s leisurely introduction and reliance on combat convention probably won’t tempt casual role-players to take a chance on the long-running series, Atlelier fans are certain to enjoy the changes made to the twelfth entry in the franchise. By excising the previous game’s demanding deadlines, Arland advances a structure that less linear and consequently- more fulfilling. Kudos to Gust for making the adjustment, allowing players to fully appreciate the tender and well-crafted transformation of Totori.

Previous: Orcs Must Die Review
Next: Podcast 8-7: When Virtual and Real Worlds Collide