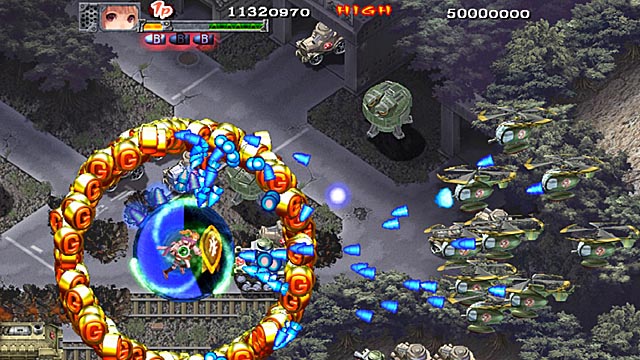 In European territories, Rising Star Games is a prolific publishing juggernaut, with an output that matches the combined efforts of XSEED, Aksys, Natsume, and Ignition Entertainment. The company’s opening salvo on this side of the Atlantic is Akai Katana, a prototypical CAVE bullet-hell shooter. While shmupies are bound to find elation amidst clouds of luminous projectiles, more casual gamers may wonder how the title justifies its forty-dollar price. For those familiar with the dwindling localization of the genre, Katana is both a radiant sea of phosphorescent pandemonium and an auspicious harbinger of Rising Star’s future stateside efforts.

Recalling Progear No Arashi (Storm of Progear), CAVE’s first horizontal shooter, each of Akai Katana’s seven stages task players with piloting a plane across a right-to-left scrolling battlefield. Although the game’s twenty-five page color instruction manual and brief cinematic sequences furnish the game with a skeletal storyline, the title’s hand-drawn artwork helps contribute to the articulation of Katana’s core conflict. Pitting World War II-era planes against floating swordsmen as well as armies of ground-and air-based foes, the title’s intermingling of eras nearly feels like the Japanese equivalent of steampunk, save for the addition of ritual seppuku by the game’s protagonists. 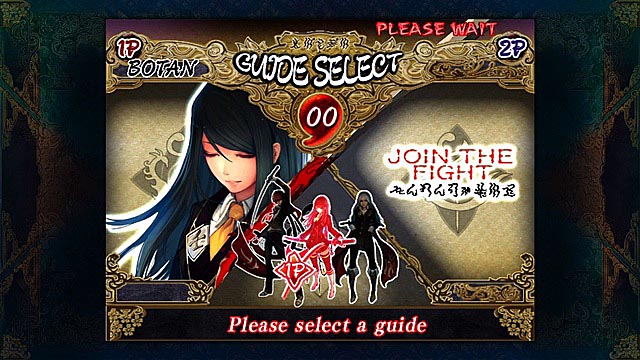 Yet, as intriguing as bosses which summon massive locomotives or aircraft are, the imperative element of any shmup are the game’s play mechanics. Expectedly, CAVE handles the essentials capably, delivering a title that is challenging, but never punitive. Spend enough time evading through Akai Katana’s dazzling showers of enemy fire and pathways through the turbulence being increasingly perceptible. The developers even illuminate your ship’s hit-box, leaving no ambiguity to the game’s collision detection system.

Like any quality shooter, your ship’s arsenal feels sufficiently formidable. Tapping the fire button puts a player’s vessel in Defense Mode, issuing up an adequate amount of firepower from both your ship and shadowing Sacred Spirit Option. Alternatively, holding down the button activates Attack Mode, producing a continuous stream of enemy engulfing potency. Beyond a difference in the ship speed between the two styles, each mode also rewards the player with a different set of resources used by your Option sub-ships. 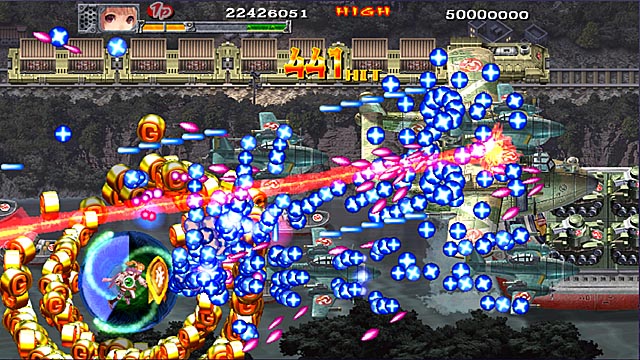 Depending on which of Akai Katana’s three modes gamers are playing in, collected assets offer a method to utilize your craft’s additional capabilities. Put into use when players press the “X” button, the abilities shift the player’s ship into humanoid form, as a Phantom is summoned. In Origin arrangement (which mirrors Katana’s original coin-op arrangement) players have the ability to deflect enemy shot while in Defense Mode, or unleashed the crushing Guiding Cannon while in an Attack state. Playing the title in Slash mode offers a completely different Phantom system, which players expelling massive katanas consummate with the number of the number of resources picked up. Lastly, Climax mode is unique to the Xbox 360, offering a paramount challenge for players with robotic reflexes as well as the patience of a monk. Regardless of which variation of picked, each mode can be enjoyed with a local partner.

The title’s variety of modes and systems can be overwhelming at first, especially when players are piloting through hypnotic swirls of enemy bullets. Mercifully, there is a tutorial explaining many of the game’s nuances hidden on the titles screen (hitting the “B” button starts the lesson), although this measured walk-through is no match for actual playing experience. Overall, this complexity augments the value of Akai Katana. Like most shmups, this isn’t a game to be surmounted and then shelved, but one which presents a long-term proposition if players hope to earn a spot of the game’s leaderboards. For those serious about study, the game has an extensive replay function, although additional scrubbing speeds would have been welcome. 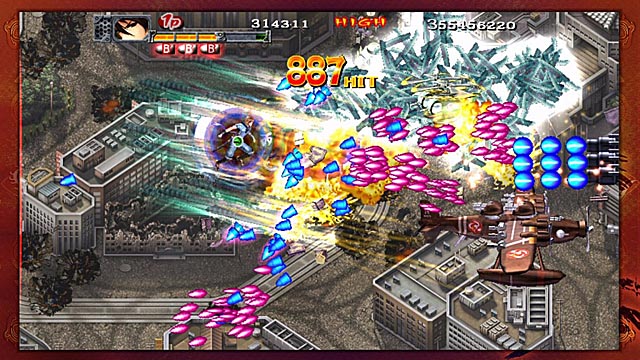 As Rising Star’s inaugural title, Akai Katana is a promising offering, offering stateside shoot ‘em up fans an exceptional entry into an increasingly niche genre. While some may be dismissive of the game’s forty-dollar price tag, the game is a relative bargain when compared to the $2,600 printed circuit boards that CAVE was selling to cabinet-owning consumers. Katana’s intriguing modes and mechanics may not justify the equivalent of a mortgage payment, but they do justify a serious consideration by enthusiasts of the genre.

Previous: New Releases for the Week of June 3rd, 2012
Next: Mad Riders Review