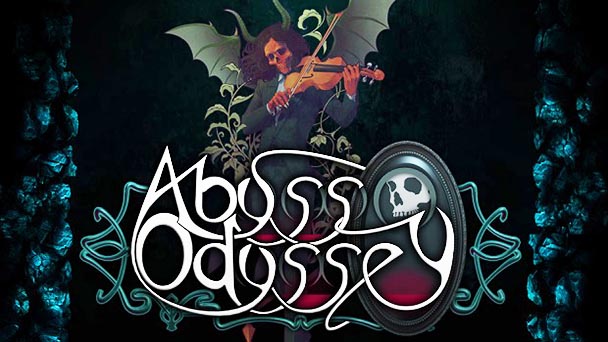 Over the last few years, development teams have embraced the potpourri method of game design, combining an assortment of familiar genres together in an effort to create a distinctive new experience. But much like its execution in the culinary realm, the results of blending an unlikely assortment of elements together is exceedingly tricky. While the occasional instance of synergy can erupt, too often the practice produces another entry in a long list of discordant experiments that’s about as appetizing as a pork belly Popsicle.

In concept, Abyss Odyssey Extended Dream Edition sounds like the type of overambitious project that would fall into impossibly ambitious camp. Combining platform-based navigation through procedurally generated environments, mechanics which echo the techniques of a fighting game, and a layer of Rogue-like persistence, the game’s ambitions seem exceedingly lofty. Factor in a bit of Pokémon-like enemy acquisition and an aesthetic rooted in 19th century Chilean folklore, and it’s obvious that developer ACE Team’s aspirations are fantastically lofty. But considering this is the studio which pleased players with Zeno Clash’s surrealistic first-person skirmishes and Rock of Age’s deft merger of art history, rock rolling, and Monty Python-esque whimsy, and it’s not too surprising to discover that Odyssey’s trek into the underworld in a commendable play experience. 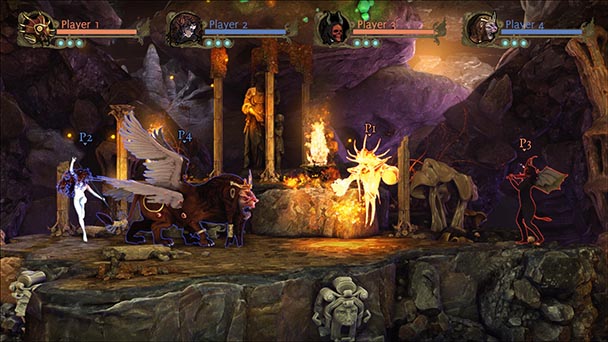 Considering that the game is being published by Atlus, players might expect Abyss Odyssey’s impetus to be rooted in an intricate, long-winded narrative. Those hypersensitive to verbosity will be joyed to learn that the game’s backstory is mercifully brief. Following a concise interactive tutorial, players learn of a mighty warlock who feel asleep in the underbelly of a deep chasm. During his slumber, entities from the sorcerer’s dreams began to converge on reality, gradually encroaching on a nearby village overhead. While Abyss Odyssey has three main protagonists, players start the game as the Katrien, another absconder from the Warlock’s dream.

Following a fleeting chat with the village’s requisite armorer and sundry seller, Katrien begins her journey into the Abyss, encountering a myriad of eccentric enemies and environmental hazards like jutting spikes and fire spouting flora. Beyond the availability of a mini-map for navigation, the agile adventurer will later have the ability to pursue the sorcerer down three different routes- with alternative paths trading a shorter course for an increased level of difficulty. Regardless of the paths Katrien chooses, forks in the downward path signal changes in the challenge level, giving gamers the select their level of adversity. 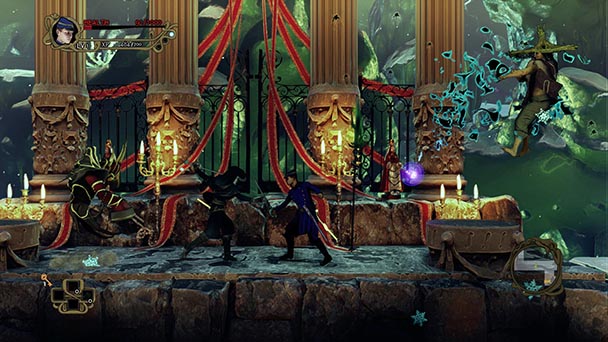 Sporadically, a horde of foes will fill the screen, temporarily halting navigation until they are defeated. Shrewdly, Abyss Odyssey’s combat takes cues from Super Smash Bros– allowing players to execute a variety of maneuvers with simple combinations of a simultaneous stick push and button press. Success in battle can be achieved in two ways. The first requires patience, as players prudently block and dodge enemy attacks, while looking for animation tells which signify an ideal opening for a combo. The downside of this method is that hit boxes and weapon reach aren’t quite refined. Get in too close or sidestep and face the wrong direction and your attacks will fail to land. Occasionally, this results in a brief comedy of errors as adversaries repeatedly swing through each other, repeatedly trading positions.

Alternatively, players can look for weaknesses in the enemy AI, luring them into traps or merely controlling high ground, carving through them as they repeatedly attempt to leap to your level. Similarly, navigation isn’t free of a few flaws. While Abyss is understandably focused on your decent, getting up to a platform that teases treasure isn’t always seamless, with character preferring to wall slide rather than boost themselves up to secure the bounty. Co-operative play was relatively lag-free but did exhibit some issues when the game camera remained stubbornly focused on the host character, putting the guest in a number of precarious platforming predicaments. 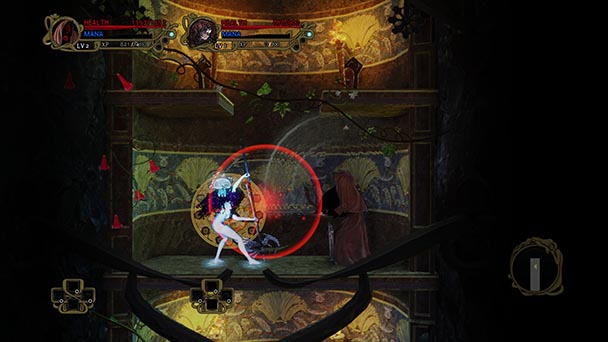 As Abyss Odyssey’s characters delve deeper into to the gorge, they’ll locate a number of amenities which provide assistance on their journey. Every time a new enemy is dispatched, there’s the likelihood that the beast will drop a journal page- a collectable which proves a bit of additional exposition. Topping off the mana gauge- a meter which regulates special attacks allows players to perform a soul stealing move which allows players to take the form of any enemy (even mini-bosses). Pleasingly, shape shifting gives games more than just a spare health bar, also bestowing the individual moveset for each beast.

Like any upstanding game with Rogue-like elements, death in Odyssey is handled quite intriguingly.Perish as one of the main characters and you’ll shapeshift into one of the village’s local guards, using their restrained arsenal to fight your way to the next alter, so your lead can be revived and continue their expedition. But even if these efforts fail, death in Abyss Odyssey isn’t punitive. While you have to forgo most of your earthly possessions, your gold, experience, and unlocked special moves remain- goading gamers into continuing their pursuit for the slumbering warlock. 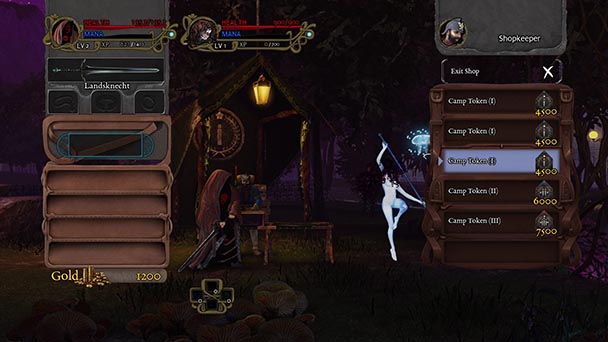 A Dreamy Transition or a Nightmarish Port?
Largely, the PS4’s Extended Dream Edition offers the same visual superlatives as the previously released PC iteration. With increased fidelity via a 1080p output and higher resolution textures, the title offers a noticeable improvement over the PlayStation 3 and Xbox 360 versions. Alas, the PC might still be the platform of choice, offering a variety of visual options, and with a v-sync toggle exhibits a bit more fluidity that the PlayStation 4. The Extended Dream Edition also provides the two-player online PvP and surprisingly enjoyable four-player local competitive modes from the PC version. Additionally, venturing into Abyss will reveal a number of new enemies, bosses, as well as character from one of ACE Team’s previous efforts.

When I played the PlayStation 3 version last year, I was able to defeat the Warlock three times in less than ten hours of play. But that was at the dawn of the game’s release, before Abyss‘ social experiment had a chance to reach fruition. Subsequent attempts took much longer, as the title adjusted the difficulty level every time a player defeated the boss at the bottom of the gorge. Currently, taking the Warlock in the Extended Dream Edition was a challenging task; hopefully, this elevated trial won’t be too difficult for newcomers who tackle the game in the ensuing months. 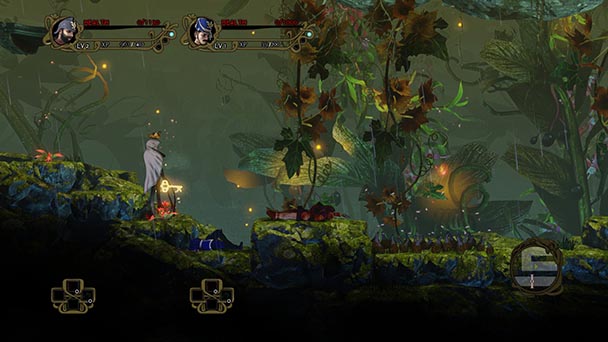 In essence, Abyss Odyssey is elevated by these types of ambitious ideas- which represent the type of risk most large developers stanchly avoid. While not every one of the title’s mechanics fits cleanly into Odyssey’s journey, there’s more imagination and creativity in this game than two or three triple-A titles. As such, it’s fairly easy to overlook the Abyss’ superficial woes to discover an opulent world that’s as absorbing and deep as its premise suggests.

Abyss Odyssey Extended Dream Edition was played on the PlayStation 4 with code provided by the publisher.

Abyss Odyssey Extended Dream Edition
Platform: PlayStation 4
Developer: ACE Team
Publisher: Atlus Inc.
Release date: July 28th, 2014
Price: $14.99 via PSN
Language(s): English
Abyss Odyssey Extended Dream Edition review
Over the last few years, development teams have embraced the potpourri method of game design, combining an assortment of familiar genres together in an effort to create a distinctive new experience. But much like its execution in the culinary realm, the results of blending an unlikely assortment of elements together is exceedingly tricky. While the occasional instance of synergy can erupt, too often the practice produces another entry in a long list of discordant experiments that&rsquo;s about as appetizing as a pork belly Popsicle. In concept, Abyss Odyssey&nbsp;Extended Dream Edition sounds like the type of overambitious project that would fall&hellip;