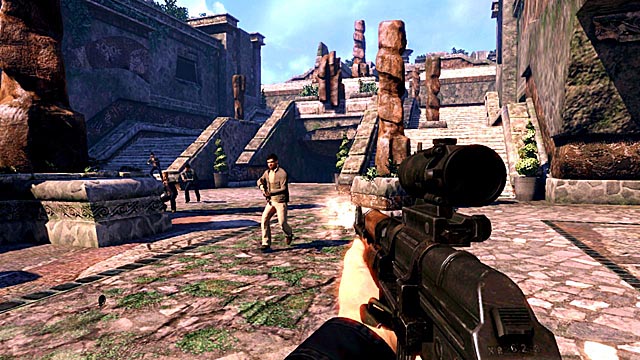 From 1991’s James Bond Jr. for the NES to last year’s release of Goldeneye 007: Reloaded for the Xbox 360 and PlayStation 3, Eurocom has adapted Bond films into interactive titles across five generations of console hardware. The Derby-based developer’s efforts have been routinely commended by critics, with their treatment of 2000’s The World is Not Enough routinely recognized as being the definite iteration over Black Ops Entertainment’s effort. With an oeuvre as sizable and substantiated as Eurocom’s, a project like 007 Legends seems like an ideal endeavor for the studio. In execution, Bond exhibits an uncharacteristic misstep, predisposing Britain’s best agent to an ill-fated plunge in price.

Certainly, 007 Legends lofty concept is to be commended. The title unites the events of six films: Goldfinger, On Her Majesty’s Secret Service, Moonraker, License to Kill, Die Another Day, as well as free DLC for Skyfall, under the premise of Daniel Craig’s contemporary, taciturn Bond. In execution, Legends does an admirable job of uniting a half-century of lore; exotics weapons abound as do the wrist-mounted gadgetry of the Moore, Dalton, and Brosnan-eras. Skillfully, the dated lasers and space shuttles of Moonraker are upheld, their anachronistic appearances softened through a polygonal aesthetic. 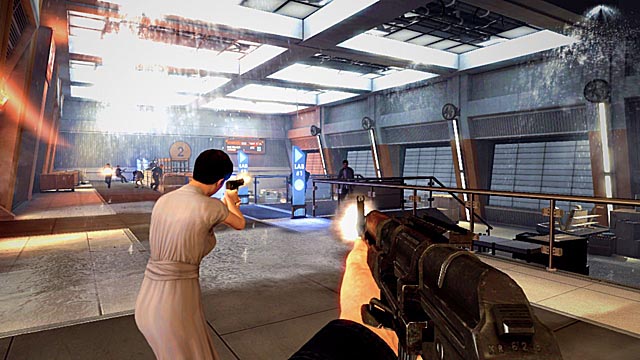 Slightly less successful is the narrative trajectory exhibited of each episode. While Bond aficionados will bring their knowledge of each villain’s motivation to 007 Legends, casual fans will miss the lack of backstory- making concluding confrontations seems a bit anticlimactic. Essentially, the concluding act of each film becomes the basis of the game’s stages structure, glossing over the essential buildup of intrigue. Still, Eurocom deserves some praise for their struggle for authenticity. Many of the film franchise’s characters lend their appearances and voices to the game, with Michael Lonsdale recreating his role as Moonraker‘s Hugo Drax and Carey Lowell returning as License to Kill‘s Pam Bouvier. Regretfully, the Bond vixens Holly Goodhead and Giacinta “Jinx” Johnson have been changed, evidently from the lack of involvement by Lois Chiles and Halle Berry.

Noticeably, 007 Legends offers some slight deviances from Goldeneye 007: Reloaded’s designs. Gunplay expands on the binary stand/crouch options of its predecessor, bestowing Bond with an advantageous cover correlated to skill level. While this helps articulate 007’s sense of marksmanship and will undoubtedly prove helpful to first-person shooter apprentices, veteran players might find the assistance gratuitous even on the highest difficulty setting. To mitigate the benefit, players may choose from two options for managing health. While title’s modern system allows for a regenerative vitality, the classic selection requires players to collect armor and health packs like Rare’s GoldenEye. 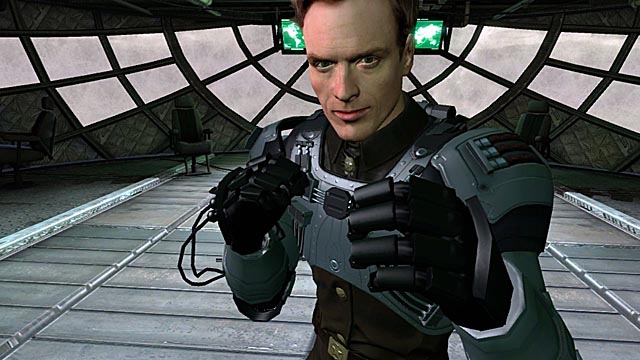 Alternatively, players may opt for 007 Legend’s stealthy approach, providing they have plenty of patience. Gone are the foes which disappear when they are dispatched, requiring 007 to conscientiously drop targets beyond the scrutiny of comrades and security cameras. Although Bond is assisted by gauges which show the awareness level of nearby enemies, the game’s first person-perspective often limits the usefulness of this ability. Since players lack the ability to move bodies, it’s inevitable that a guard will uncover a fallen ally, instantly putting the adjacent area on full alert. Once all of the guards come to bombard Bond, players may regret they didn’t just mercilessly clear out all personal on their own terms. In short, furtive play is too finicky- obliging Legend to be played as a straight-forward FPS, tainting Bond’s surreptitious side.

Apologetically, eliminating enemies racks up a greater amount of experience points, which are used to augment Bond’s arsenal and abilities. With 38 power-ups available to the five classifications of weapons, ranging from sub-machine guns, shotguns, to sniper rifles, there is a satisfying selection of upgrades in 007’s armory. Adding scopes, extended magazines, and modifying firearms to reduce recoil and improve the rate of fire has a palpable effect on firearms, endowing Legends with a prodding incentive. Likewise, Bond can be upgraded in nine different ways, increasing aptitudes such as his health, weapon-loading speed, and targeting proficiencies. 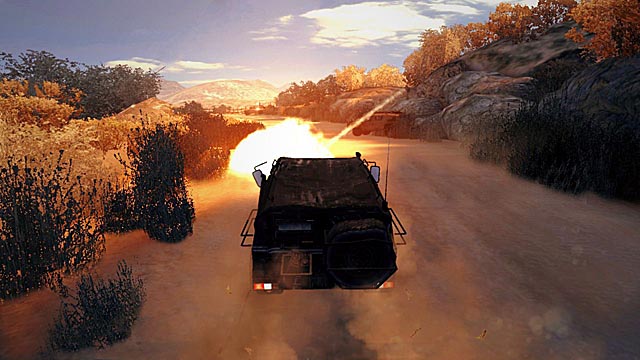 Alongside the requisite skulking, shooting, and hacking, players are also tasked with one-on-one melee confrontations- requiring games to replication stick movements to disarm and pummel foes. Additionally, a few vehicular and on-ski sections offer variety, but lack the nuance needed to engage gamers for long.

Beyond 007 Legend’s principal plotline are a number of Spec-Ops styled, Challenge Mode missions, largely culled from the campaign. Competitive gamers should relish in the game’s multiplayer component, which builds on Goldeneye 007: Reloaded’s engaging twelve-player skirmishes. Each of the title’s modes allows for a multitude of selections, extending a variety of acquired load-outs, characters collected from 007’s roster of notorious villains, and modifiers- which recall the variations from Rare’s revered title. Currently, the sole downside is the scant number of players online; finding enough participants for a full match can often be difficult. 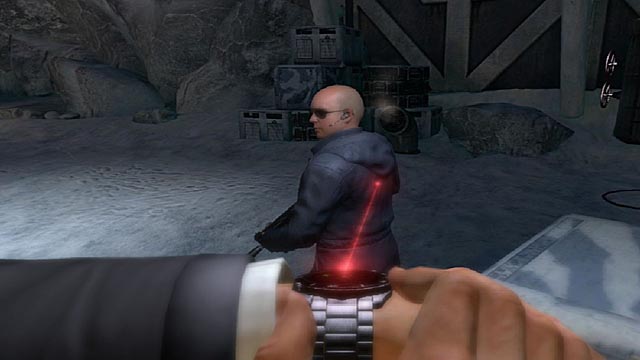 For fervent fans eagerly awaiting the release of Skyfall, 007 Legends has its share of indulging moments, allowing players to step into the opulent oxfords of a top-tier, Double-0 Agent. Woefully, these cinematic interpretations are wrapped up in a lackluster stealth mechanics, pressuring players to abuse their license to kill. Ultimately, the title’s redemption is its refined multiplayer component, which evokes the sentiment of Bond’s best interactive experiences.