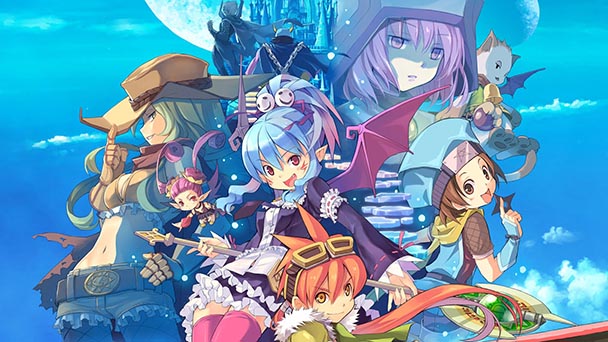 Gamers didn’t always have it so good. For years, only a fraction of Japanese titles made the journey West, leaving first-rate efforts like Secret of Mana 2, Mother 3, and Valkyria Chronicles III accessible only for those literate in Japanese and willing to pay exorbitant import prices. Given the more recent popularity of PC gaming, it’s not surprising that even famed developer Nihon Falcom’s Zwei series was never been localized for stateside fans.

Although Falcom’s is now known for their support for Sony’s systems, the developer’s early years were spent crafting software for the PC-88 series and Windows-based machines. In 2008, the Tachikawa-based studio released Zwei II, a sequel which mirrored the core mechanics of its 2001 predecessor. With the release of Zwei: The Ilvard Insurrection onto Steam, Western players finally get a chance to appreciate the game’s virtues, which are destined to draw comparison to Ys, Falcom’s most celebrated series. 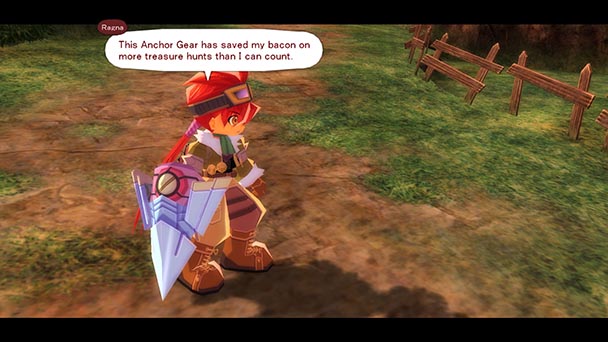 An animated opening cinematic introduces us to dashing hothead, Ragna Valentine, a self-proclaimed treasure hunter, as he races across the skies in his crimson-colored aeroplane. But when he’s ambushed by two dragon-riding meddlers, both pilot and plane plummet to the ground. While death might have seemed like a certainty, Ragna awakens in a friendly villager’s bed, exhibiting only the slightest of injuries.

Survival wasn’t miraculous, and stemmed from the actions of vampire princess, Alwen du Moonbria. After spotting Ragna clinging to life in his wrecked craft, she pulled him out of the cockpit, forming a Blood contract, and subsequently saving the treasure hunter. But Alwen’s actions weren’t completely unselfish, with the rescue coercing Ragna into servitude. The winged woman hopes that the heroic Ragna will retake her castle, which was invaded by the same brutes who might have attacked the pilot. Additionally, the trespassers have taken away Alwen’s powers, leaving the once-formidable vampire enfeebled. 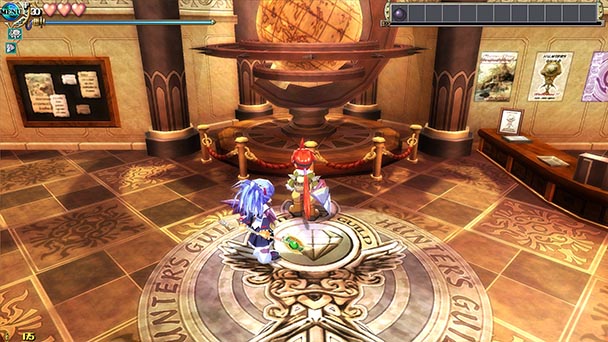 Like the original Disgaea, the dialog is persistently playful. Banter between the two leads is well-written and adeptly localized. Not only did XSEED endow the conversation with personality, but the team nearly doubled the size of spoken lines for the English-only dub, offering voice-over for formally text-only passages. Sporadically, the plotline subverts expectation, such as when Alwen explains how Ragna’s knowledge of vampire lore has been tainted by human misunderstanding. There are also some satisfying themes which endow the plotline with enjoyment, with notions of complementariness and interdependence generating gratification across the trek, thereby explaining the game’s name (“Zwei” means two in German)

Adeptly, this topic is also embodied in The Ilvard Insurrection’s gameplay. Traveling through the game’s labyrinthine levels, players are able to toggle control between the two protagonists with the press of a button. Unsurprisingly, each has their own aptitude, with Ragna dispensing debilitating melee attacks, while Alwen maintains distance when using her ranged magic. Naturally, there’s synergy between the partners, with spells able to stun foes, allowing Ragna to finish off the weakened foes. One element destined to enchant even the most cantankerous players are pets, which not only accompany players through dungeons gathering collectables, but each proves to an advantageous ally, attacking foes in their own unique way. 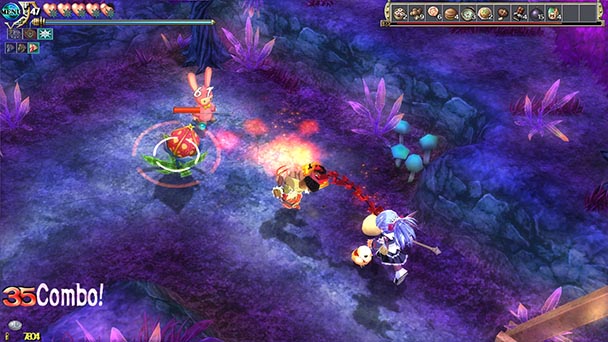 Echoing the action of Falcom’s Ys series, Zwei: The Ilvard Insurrection’s combat is gratifyingly responsive, allowing Ragna and Alwen to lash out at enemies, issue crushing Arcanum Skills that combine the power of both characters, and quickly dodge any actions from retaliators. And while The Ilvard Insurrection can occasionally drift toward simplicity when battling subordinates, boss battles offers are exhilarating challenges, confining players into closed rooms that upends the tactic of attack-retreat-attack. Expectantly, these showdown are resourcefully designed, requiring players to quickly identify weaknesses while simultaneously limiting any incoming damaged.

Unsurprisingly, food picked up from defeated foes not only replenishes the health shared by Zwei’s pair of protagonists, but also is the conduit for character growth. Every edible contains experience, which is initially an unlikely decision, but one that proves, well, fruitful with hoarders facing a higher level of challenge. Augmentation can also be allied to the protagonists’ arsenal, with Ragna’s anchor gear and Alwen’s magical proficiencies receiving a steady stream of upgrades. 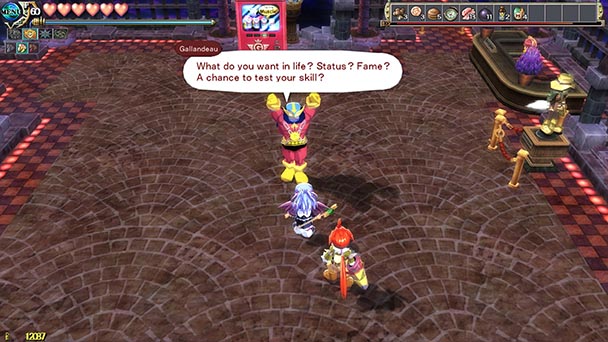 Like Falcom’s Kiseki series, NPCs are rendered in lifelike fashion, with dialog that reveals different faucets of their personality. Realistically, they don’t just stay put in Artte Village, appearing in different part of the world as the game progresses. And if you’re even dreamed of knowing what’s on an animal’s mind, The Ilvard Insurrection indulges, with an artifact that lets you talk to the kind of creatures who are given one-word dialog in most games.

Like many of Nihon Falcom’s titles, Zwei II has aged exceptionally well, barely showing signs of its nine-year age. While higher resolutions and higher resolution texturing certainly helps, it’s The Ilvard Insurrection cartoonish aesthetic that is the main reason the game nearly looks like a contemporary title. Sure, the launch configuration tool didn’t seem to identify (yet used) a discrete GPU, but it does allow for resolutions up to 1080p, and options like filtering, reflections. In fact, the only noticeable visual blemish is the artifacting that’s evident during the game’s cinematics. Sonically, the game’s soundtrack is full of charm and melody, ensuring Falcom Sound Team jdk status as stars of the industry. 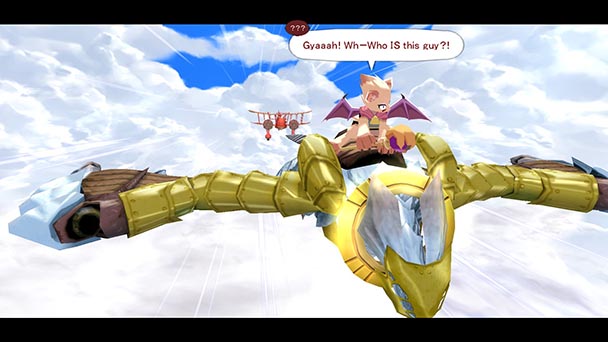 Publishers have been pillaging archives, localizing anything with half a chance at generating revenue. As such, the overlooked classic has become exceedingly rare over the last few years, with most exemplary efforts readily available. As such, Zwei: The Ilvard Insurrection is such a pleasant surprise. Not only does it demonstrate the qualities that have catapulted the Ys franchise toward rabid fandom, but it’s a title that’s exceedingly enjoyable, bringing together appealing characters and polished play. Whether you are a Falcom fan or just like agreeable action/role-playing hybrids, Zwei deserves a place in your library.

Zwei: The Ilvard Insurrection was played on PC
with review code provided by the publisher.

Zwei: The Ilvard Insurrection
Platform:
PC
Developer: Nihon Falcom
Publisher: XSEED Games
Release date: October 31st, 2017
Price: $29.99 via Steam, currently on sale for $26.99
Difficulty: Easy to moderate
Zwei: The Ilvard Insurrection review
Gamers didn&rsquo;t always have it so good. For years, only a fraction of Japanese titles made the journey West, leaving first-rate efforts like Secret of Mana 2, Mother 3, and Valkyria Chronicles III accessible only for those literate in Japanese and willing to pay exorbitant import prices. Given the more recent popularity of PC gaming, it&rsquo;s not surprising that even famed developer Nihon Falcom&rsquo;s Zwei series was never been localized for stateside fans. Although Falcom&rsquo;s is now known for their support for Sony&rsquo;s systems, the developer&rsquo;s early years were spent crafting software for the PC-88 series and Windows-based machines. In&hellip;

Summary : Zwei: The Ilvard Insurrection is another winner from Nihon Falcom, that demonstrates the Tachikawa-based studio making action-role-playing games better than almost anyone else in the industry. 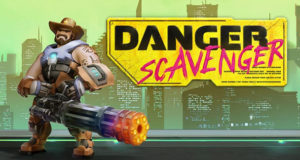 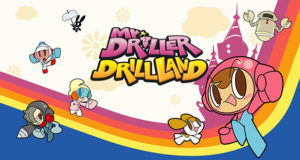 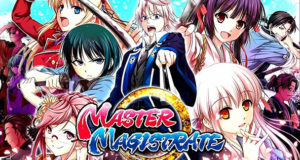