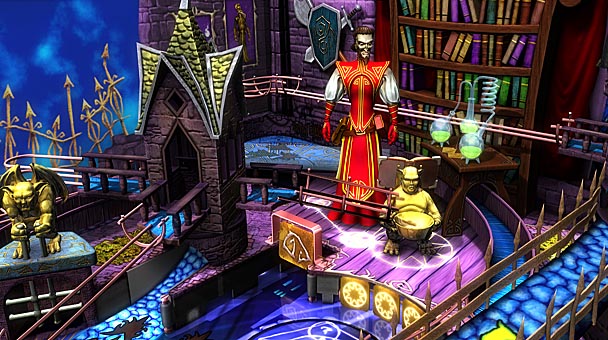 Although the PlayStation 4’s software library is still in an embryonic stage, Sony’s new system already has two pinball titles in its lineup. Remarkably, the two games take radically different approaches to the beloved pastime. The Pinball Arcade aims to duplicate the gameplay of actual machines, fastidiously recreating the nuances exhibited by tables such as The Twilight Zone or Pin*Bot. Alternatively, Zen Pinball 2 constructs original tables based around popular IPs like Star Wars or Plants vs. Zombies. Since developer Zen Studios doesn’t try to replicate real-world machines, their output commonly shirks conventional table design. As such, it’s not unusual to see Boba Fett jetting around above the playfield or to witness Crazy Dave freewheeling across the drain lane.

The PS4 iteration of Zen Pinball 2 makes no attempt to drastically transform the studio’s ambitions. Instead, the downloadable title seeks to provide the definitive version of Zen’s handiwork. For players who have already score-chased their way through across the console, portable, or PC versions, the adaptation will likely only offer slight improvement. The game maintains its silky smooth, unwavering sixty frame-per-second delivery and adept physics modeling, while updating the output resolution to 1080p. In execution, the increase in fidelity will help players discern the complex elements of the playfield (even more when using Zen Pinball’s stereoscopic option on 3D displays). But other than this improvement, the title plays the same- flaunting a proficient physics system and elevated degree of responsiveness. 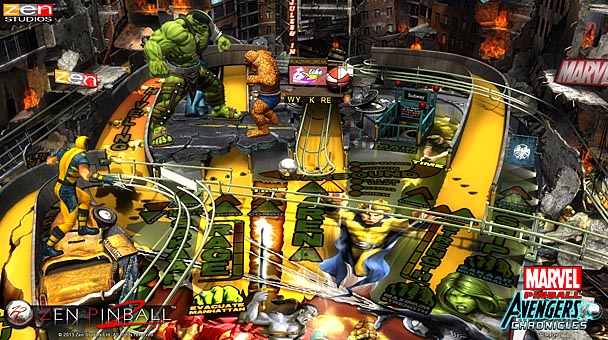 Fortunately, the modicum of change isn’t as detrimental as it first sounds. For players who have already purchased Zen tables, the PS4 version allows a complimentary import of nineteen different tables, which cover the most essential content- from the two Star Wars collections, the Marvel Pinball sets, the new Doctor Strange table, as well as the Plants vs. Zombies, Epic Quest, Paranormal, and Earth Defense machines. Generously, the developers have provided the Sorcerer’s Lair table for free to players who download the Zen Pinball 2 framework. Nearly as charitable is the ability to demo any table before making a purchase. While the trial period for each machine is concise, the duration is long enough to discern the tempo and flow for each table.

Importing previous purchases is a fundamentally quick and painless process, prompted by a button press on the main screen. Once initiated, Zen Pinball 2 scans the PlayStation store, extending the offer to download tables and licenses. The only complaint that can be made about the procedure is that the system isn’t fully automated- obliging players for a bit of input and to check a few tick boxes. Importing tables proved to function flawlessly, and only a handful of worldwide players have experienced any glitches. Even those who encountered a snag have had their problems addressed swiftly and skillfully in Zen’s forums. 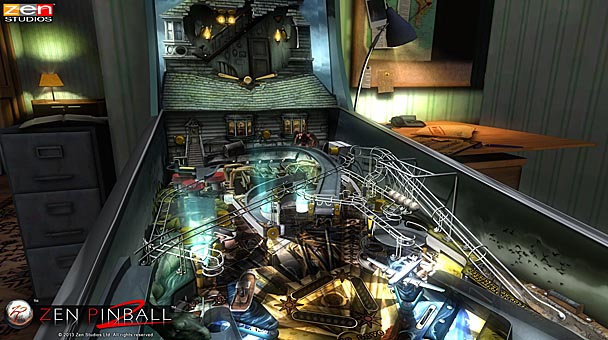 For any gamer who has evaded Zen’s prodigious and prolific output, a download of Zen Pinball 2 is compulsory. Even purists who grumble about simulated pin will certainly appreciate the exertion which has gone into the studio’s efforts. Not only is it easy to become engrossed in each table thanks to deft design, spot-on physics, and plenty of playtesting, but Zen’s departures from reality help to raise the level of immersion. Targets which are traditionally emphasized by flashing lights are articulated by unmistakable elements such as zombies erupting from the playfield, while scores are (optionally) exhibited as the ball careens around the table so players don’t have to divert their eyes to the score display. Most notable is Zen’s leaderboard system, which adds a constant competitive impetus as players vie against global players and friends. Gamers can expect plenty as reply, as the game goads them to beat their online associates.

When Zen Pinball 2 is pitted against The Pinball Arcade, the competition is undoubtedly intense. Between Arcade’s recreation of real tables and its reasonable cost (twenty-two tables can be purchase for thirty dollars), FarSight Studios’ product is certainly compelling. Yet, Zen trumps the developer when it comes to polish and price. Not only is Zen Pinball 2 free of the frequent idiosyncrasies which plague The Pinball Arcade– but for previous table owners, an abundance of content is provided without charge. While diehard pinball enthusiasts will want both packages, those with restrained budgets or intolerant of imperfections will probably want to invest in Zen’s collection. 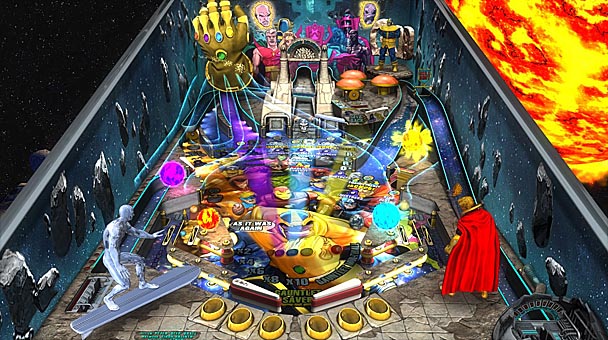 Zen Pinball 2 was played on the PlayStation 4 with review code provided by the publisher.

Zen Pinball 2 (PlayStation 4) Review
Although the PlayStation 4&rsquo;s software library is still in an embryonic stage, Sony&rsquo;s new system already has two pinball titles in its lineup. Remarkably, the two games take radically different approaches to the beloved pastime. The Pinball Arcade aims to duplicate the gameplay of actual machines, fastidiously recreating the nuances exhibited by tables such as The Twilight Zone or Pin*Bot. Alternatively, Zen Pinball 2 constructs original tables based around popular IPs like Star Wars or Plants vs. Zombies. Since developer Zen Studios doesn&rsquo;t try to replicate real-world machines, their output commonly shirks conventional table design. As such, it&rsquo;s not unusual&hellip;

Summary : Zen Pinball 2 is the indisputable reigning ruler of the steel orbed pastime. The PS4 iteration pushes pinball simulation to its contemporary threshold, and looks to be unchallenged; at least until 4K TVs become the prevailing standard.