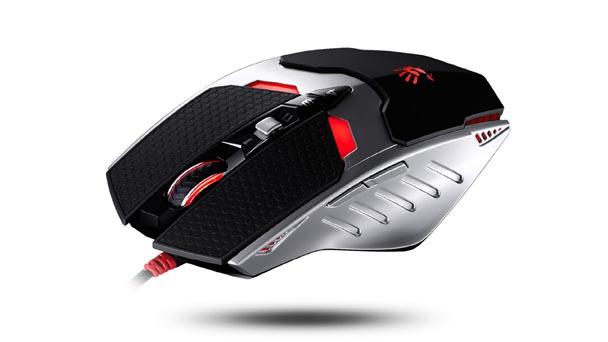 The search for an ideal computer mouse can often feel as insurmountable as the pursuit for the Holy Grail. Whether you’ll be whizzing across spreadsheet rows or issuing attack commands across an RTS map, ergonomics play a critical role in the decision. After all, an input device is something you’ll have to wrap your hands around for hours at a time. Beyond comfort, there’s also myriad of other variables, from performance, build quality, weight and price. And even when you think you’ve found the faultless amalgam of form and function, there’s always at least one niggling detail- like a free-spinning scroll wheel that doesn’t provide tactile feedback.

After testing dozens of mice, the one that remains connected to my desktop is the Bloody ZL5A. Part of that decision is based on personal preference. Comfort emanates from a flared exterior offering coddling canals for my thumb and pinky. Performance is also part of the equation, after many hours with the ZL5A, the X’Glide metal mouse feet still allow the device to slide with a minimum of resistance, while the micro switches remain springy after hours of first-person shooters. The only real weakness is the durability of the braided cord. After weeks of scraping against the back edge of a desk, the cable has begun to fray. 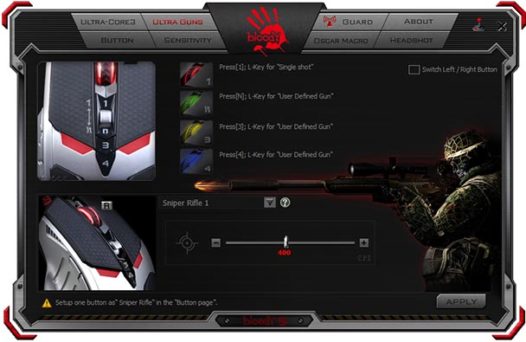 In many ways, Bloody’s newest input device, the TL80 Terminator Mouse, doesn’t deviate much from the blueprint forged by the ZL5A (which evolved from the Headshot and Gun3 V7). The Terminator continues to employ Bloody’s “four core” firmware. With the system, users get basic functionality out of the box or they can opt to open their wallets to expand the mouse’s feature set once a 1000-click trial has expired. Ante up an additional $20, and you’ll be able to use a recoil suppression feature that automatically adjusts mouse movement to compensate for simulated muzzle lift.

Effectively, Core 3 reuses the basic system that was used in the Headshot, while adding a few new features and tuning options. Adjust several menu options, and you’ll be able change the Terminator’s default CPI when holding down one of the mouse buttons- ideal for when a key is mapped to a sniper scope. Altogether, there are six different sniper modes available to players, with programmed mouse commands that try to trick software into doing things like allowing an un-scoped long rifle shot and automatic reload. While the method won’t work in all games, spend enough time tweaking the system and you’re bound to discover some way to gain the upper hand. After a half hour of preset fiddling, we were able to clear a stage in Zombie Army Trilogy that had previously seemed insurmountable for a single-player. 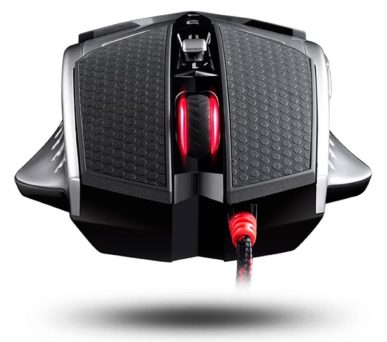 Success was likely attributed to the headshot system available from the right side of the Terminator’s menu. Here, users can make adjustments for elements like firing rate and strafing speed, ensuring an increase in accuracy when games kick up your crosshairs. As with past iterations of the Bloody app, there’s a noticeable lack of presets beyond a handful of curious titles. Although anyone still enduring ABP Reloaded will benefit, Battlefield 4 and Call of Duty: Black Ops 3 players will have to make their own adjustments- at least until a sympathetic soul offers up some samples. For MMO players, the Terminator’s fourth core offers a way to craft elaborate macros that combine keys presses, mouse button taps, and delays. Alternatively, you could just as easily program strings of commands for Microsoft Word.

Expectedly, the TL80 performs admirably as a work mouse, allowing users to change CPI on the fly, which is pleasing when say, doing detailed work in Photoshop. In fact, the only real tip off that the Terminator is a gaming house is a gory, glowing handprint logo and a leering, Transformer-like face on the top of mouse. To test the TL80’s ability as business peripheral, we mapped cut, copy, paste, and undo commands to the side and top buttons. Years of repetition made old habits hard to abandon, but if we stuck with in, these new editing methods would surely become second-nature. 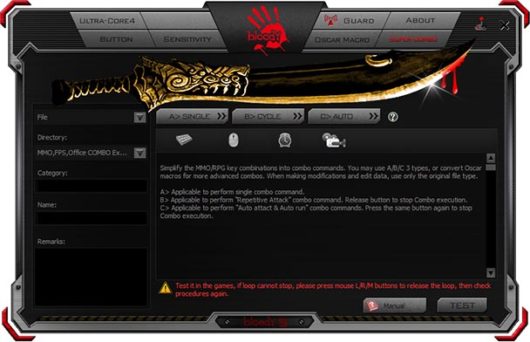 Functionally, the Terminator offers a slight evolutional improvement on its predecessors, but construction takes a few more liberties. One of the more noticeable qualities of the TL80 is its light weight. Although the peripheral mimics the look of an aluminum body, the shell is pure plastic. Those who prefer an input device with a bit of heft probably won’t appreciate the Terminator’s light weight.

Otherwise, build quality is solid with the TL80 offering rubberized grips to provide grip during intense gaming sessions. Seven points of illumination deliver an elegant glow, with users able to customize lighting color and have the mouse pulsate. While the mouse’s braided cord helps to resist tangling, it appears to be constructed of the same material that became tattered on our older Bloody peripheral. 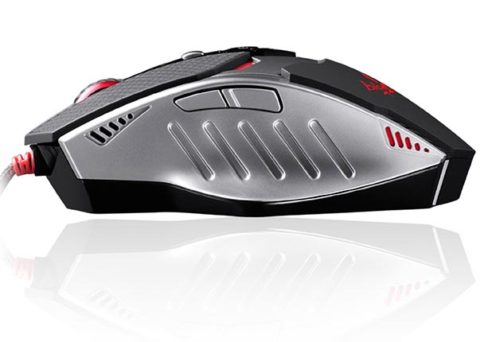 Currently available with all of its cores activated for about $80 USD, the TL80 Terminator Mouse furnishes all the fundamentals expected for a premium-priced gaming mouse. What separates the device from its competitors is Bloody’s distinctive features, making the mouse a suitable purchase for FPS and MMO fans.

A TL80 Terminator Mouse was provided for review purposed by the manufacturer.

TL80 Terminator Mouse review
The search for an ideal computer mouse can often feel as insurmountable as the pursuit for the Holy Grail. Whether you&rsquo;ll be whizzing across spreadsheet rows or issuing attack commands across an RTS map, ergonomics play a critical role in the decision. After all, an input device is something you&rsquo;ll have to wrap your hands around for hours at a time. Beyond comfort, there&rsquo;s also myriad of other variables, from performance, build quality, weight and price. And even when you think you&rsquo;ve found the faultless amalgam of form and function, there&rsquo;s always at least one niggling detail- like a free-spinning&hellip;

Summary : While the TL80 Terminator mouse’s duplicitous aides take time to set up, they do provide a minor advantage to players. If you’re looking for that kind of edge, this is the bloody device you’ll want to get.