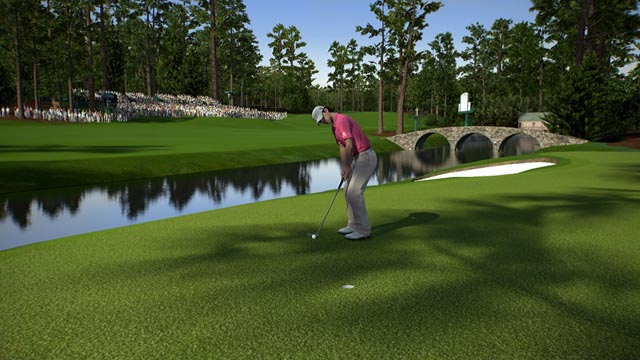 Verisimilitude is a fundamental dilemma for the sports game. Titles have traditionally endowed players with the athletic prowess of professional s- allowing virtual quarterbacks to throw touchdown passes with pinpoint accuracy. Simultaneously, the industry has also chased devoted realism- building increasingly complicated control schemes designed to replicate the real world. Yet, the more complex and convincing our simulations become, the more practice players need to become proficient at them, echoing the obligations of real life sports.

Such is the quandary faced by Tiger Woods PGA Tour 13. Although players may opt to use the classic swing mechanic, the primary reason to upgrade over previous iterations is the inclusion of Total Swing Control. Whereas previous PGA entries required little more than a vertical snap of the left analog stick, this year’s title truly imitates the nuances of an actual golf stroke. Now, a white arc surrounds your athlete, displaying the ideal trajectory of your club. Pulling back on the stick initiates the execution, involving meticulous timing and accuracy for both the backswing as well as the foreswing. Screw up any part of the process, and you’ll likely either deliver the wrong amount of power or shank the ball into the nearest deep foliage. 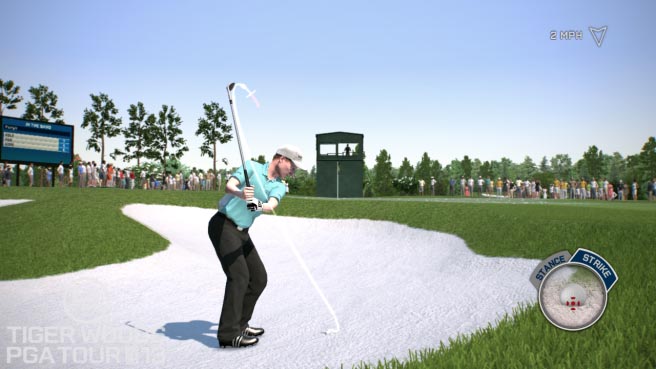 Dedicated duffers will probably appreciate the changes. Much like the real sport, a solid stroke can be immensely gratifying, while a few successive mistakes can really break a player’s confidence. Those new of the franchise seemed destined for frustration- as the game offers a surprisingly scant amount of coaching.

Ideally, PGA Tour 13’s Tiger’s Legacy component would have ushered players through the rudiments of Total Swing Control; instead the diversion delivers a succession of increasingly challenging events with little formal explanation. Although it’s interesting to watch Woods progress from prodigious toddler to goateed luminary, the mode’s propensity for punitive restarts and barren environments seem to suggest that Earl Woods’ tutelage was fairly stringent. Still, perseverance in the set of ten challenges is rewarded by being able to take a grammar-school aged Eldrick online- providing a tasteful way to humiliate opponents. 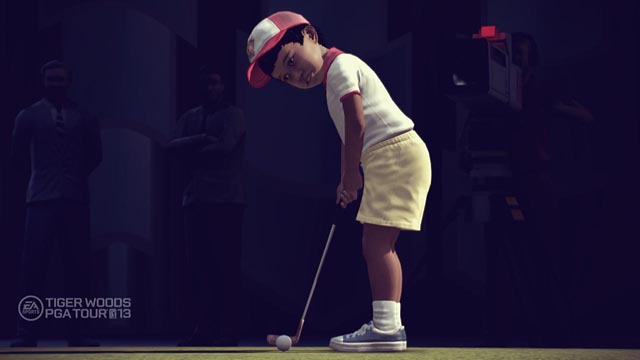 Where last year’s game vexed players by weaving a quintet of optional DLC courses into the main campaign, PGA Tour 13’s new revenue-requesting schemes are likely to every bit as contentious. Although players can use in-game currency to play a round or three on any of the paid locales, doing so is prohibitively pricey. At a starting price of 6,000 coins, players will need to play multiple, 18-hole, rounds just to afford the exuberant green fees. Completing a checklist of course mastery items may also unlock a course, but the requirements are also extortionately stiff- requiring feats such as nailing five eagles. Of course, the title never fails to propose the purchase of in-game coins or the acquisition of a course through spending real-world money, making PGA 13 often feel like a free-to-play game. After spending sixty dollars on a new disk, the game’s methods of solicitation may feel aggravating. Likewise, players are also able to spend virtual or actual currency on Boost Pins, which act as single-use stat boosts for golfers. Though undeniably useful, their in-game cost is set high enough to push player into using their Microsoft Points toward buying refills. 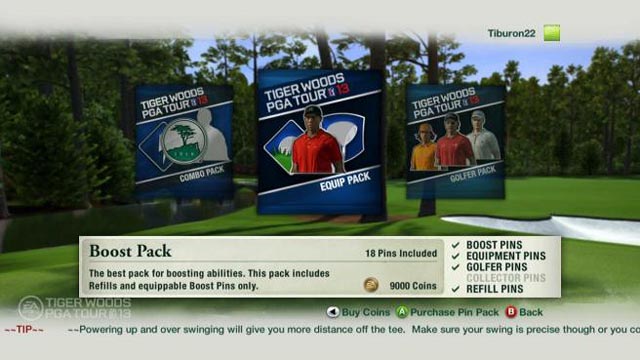 Graphically, a number of conspicuous upgrades have been made to the PGA engine. From the use of filters in the Tiger Legacy challenge to a number of lighting tweaks which issue up an array of lens flares and blooms, Tiger Woods 13’s backdrops are visually satisfying. Similarly, character models have been given an upgrade- with both clothing and swing animations showing improvement. The title’s collection of sixteen on-disk courses (twenty-two with the Masters Collector’s Edition) all look stunning, with faultless fairways, greens, and skymaps, and sufficiently menacing water, sand, and foliage. Woefully, these improvements seem to have come at a cost- unless PGA 13 is installed to the hard drive, the title seems to sputter along with protracted load times and sluggish textures.

Fortunately, most of Tiger Woods PGA Tour 13’s adjustments do little to detract from the game’s core campaign, which traces the ascent of your virtual golfer from promising amateur to Master’s Tournament contender. Here is where you’ll find the steady stream of new clubs, clothes, and perks- one of the most compelling features of the Tiger Woods series. This year, success also allocates status points- the measure of standing in the game’s new online country clubs. Coupled with the transformed swing mechanic, the ability to compete in customized consortiums are two of PGA 13’s paramount elements. Yet, neither seem robust enough to make casual fans overlook some of the game’s distressing design decisions. 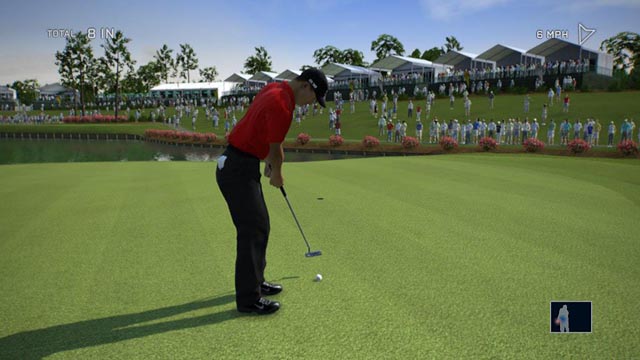