Practice Swings with The Golf Club 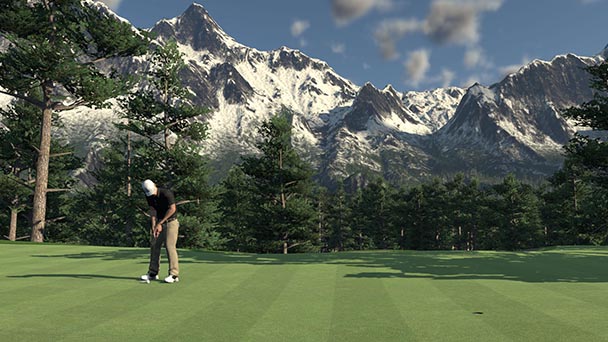 As the world’s most prolific golf franchise, Electronic Art’s PGA Tour series has gone through a number of noteworthy phases. The franchise’s inaugural entry, 1990’s PGA Tour Golf, strove to simulate the sport by not only incorporating professional players such as Fred Couples and Craig Stadler but also through the integration of the now-customary three-click swing technique. Once Tiger Woods signed with EA in 1999, the game took a turn toward arcade mechanics- allowing players to do extraordinary things like place spin on the in-flight ball. By 2005, course customization entered the series through “Tiger Proofing”, a system which granted gamers access to sliders that could be moved to adjust the layout and difficulty of each hole.

But in the ensuing years, Tiger Woods removed almost all of its playful elements, reverting the series back toward simulation. Course alteration fell out of favor due to the emergence of paid downloadable courses. Obviously, giving gamers the tools to create their own links isn’t as lucrative as selling licensed ones. This push toward verisimilitude allowed the series to provide a proficient imitation of the Master’s Cup. But some found the game growing increasingly stuffy- with each annual iteration propelled not by enjoyment, but rather by feature creep and a prospect to pad the company coffers. 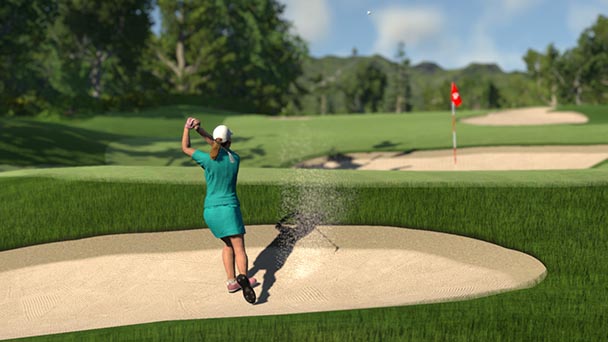 Yet, 2014 is different. For the first time in sixteen years, golf enthusiasts are without a seasonal entry in the Woods franchise. Between EA’s decision to parts ways with Tiger and launch of next-gen consoles, it’s become a transitional year, causing some to speculate on the direction PGA Tour 15 would have taken, while also giving any upstarts the ability to seize market share. Purportedly, Nova Scotia-based HB Studios were in preliminary discussions to produce the game, but when an early agreement failed to materialize, the developers decided to craft their own game. The result is The Golf Club, a title which is currently available through Steam’s Early Access program but is aiming to take a swing on the PlayStation 4 and Xbox One before the end of the summer.

Even in its early state, the title shows plenty of promise. Following the download of the 2.3 gigabyte current build (version 0.7), players are quickly ushered into The Golf Club’s attractive menu system, which undoubtedly draws inspiration from Microsoft’s Metro UI. After viewing a trio of help screens, players can either head directly onto the links for a single round, tour, or tournament, with each mode accommodating up to four players. Even early on, players will likely notice one notable omission: The Golf Club eschews the use of licensed golfers and courses. While this decision might initially seem detrimental, further play reveals a significant benefit from this approach: players are able to use a powerful and refreshingly straightforward course creation module. Unquestionably, reproductions of real-life courses are bound to emerge, saving players a nice chunk of change. 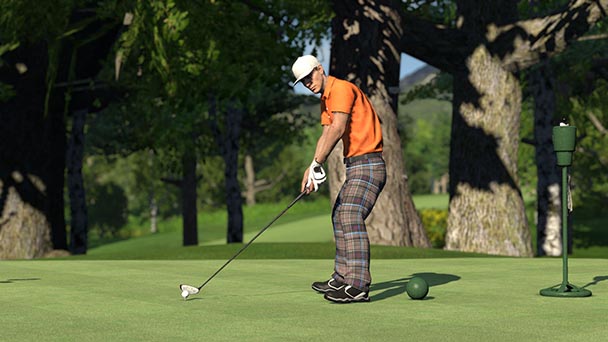 In its current build, The Golf Club offers a scant number of player customization options. And while I’ve yet to yearn hitting the greens as a virtual Phil Mickelson, I’ve always enjoyed Tiger Woods ability to make an avatar which roughly resembles my real-world appearance. Right now, players can select from a handful of faces and modify the color of their shirt, pants, hat, shoes, and glove. But beyond these basic choices, there’s not much in the way of individualization. Hopefully, the ability to adjust a golfer’s facial features will be a forthcoming addition, so I can let any online opponents will remember who just schooled them.

Heading toward the teeing box reveals The Golf Club’s core play mechanics. Although the game extends the ability to glean an eagle-eye’s perspective of each hole, and even allows players to zooming in on the pin’s location, you won’t just be able to adjust for wind and drop the ball on the fairway with pinpoint precision. The ground based indicator of most golfing games is gone, replaced by a cursor on the horizon which serves as indicator for the shot’s trajectory. Pleasingly, this design decision mirrors the perception of a golfer, who might know the broad layout of each hole, but can’t always forecast the exact distance and direction of a drive. 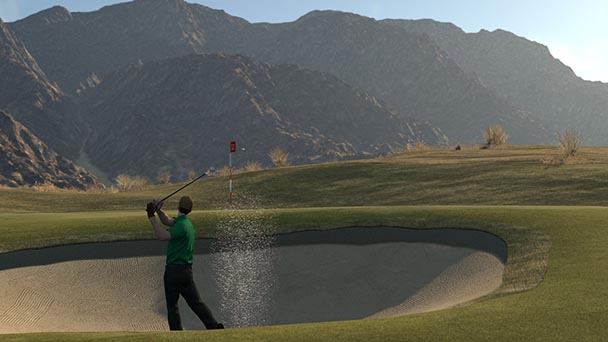 Currently, The Golf Club uses two input methods. Although holding a button down and tracing the cadence of a swing with the mouse has been executed solidly in other golf games, but here it’s difficult to control the speed of a shot. Too often my player would either put too much power behind a gimme putt or inadvertently turn a partial power shot into a practice swing. Fortunately, using a controller works much better. When a wired Xbox 360 controlled was plugged in the swing mechanic was moved to the right stick, giving gamers access to an analog swing system. Nicely, there’s a certain amount of nuance to each shot through either a button press or trigger tap, footing and shot precision can be adjusted. Putting uses the same method and with a bit of practice, I was able to consistently sink eighteen footers.

While The Golf Club’s driving, chipping, pitching, and putting systems already reveal the polish of most retail golf games, the title’s course creation suite demonstrates a wealth of latent potential. For duffers just looking for variety, a theme can be selected and a number of gauges can be changed to alter the amount of elevation, water, and foliage. By selecting the number of holes, the game automatically creates the area into a course, building around the natural features of the environment. For those who crave more control, The Golf Club allows players to complete alter the landmass, using a straightforward toolset to transform the environment, using brushes to create jutting mountains or perilous vales. Nicely, these advanced tools don’t come with many limitations, making is completely possible to create a ridiculously slanted green. With the ability to share content online, Golf Club seemed poised to cultivate a committed and long-lasting fan base. 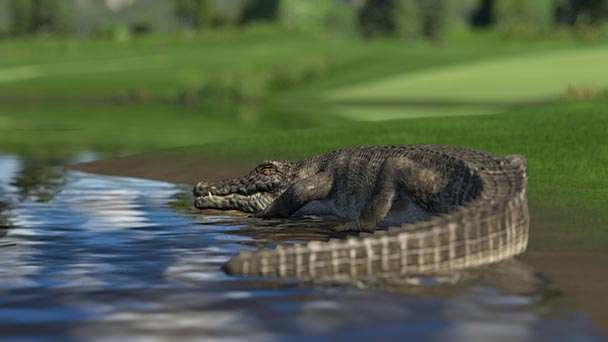