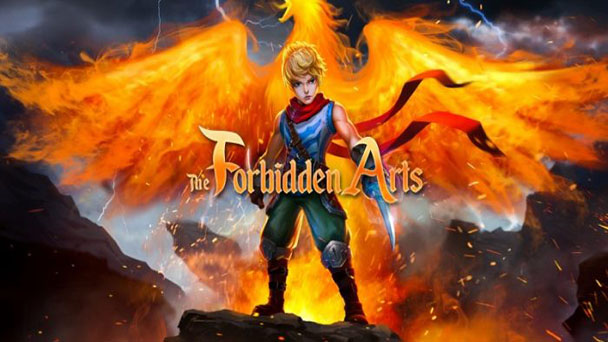 At their best, games offer a captivating fusion of components. When storyline, play, visuals, and sound converge in a cohesive manner, the results can be riveting, reminding us of the medium’s potential. But all too often, this kind of synthesis isn’t achieved with output that only hints at a developer’s ambitions. Undoubtedly, this is the case with Stingbot Games’ The Forbidden Arts.

Certainly, the Switch iteration makes a solid first impression. The game’s visuals are especially impressive, offering assets like the kind of verdant grasses infrequently seen on Nintendo’s portable. Notably, The Forbidden Arts delivers a dependable sixty-frame per second output, across its 2.5D environments and rather superfluous but attractive 3D overworld. While enemy variety is constrained and animations are notably limited, there are recurrent reminders of a skilled artistry and graphical programming. 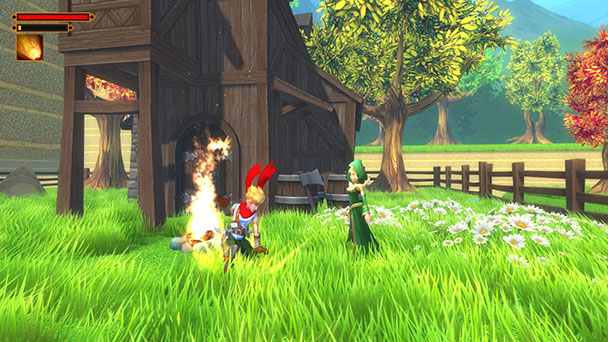 Narratively, the game is nearly as proficient. Players assume the role of Phoenix, a young pyromancer discovering his latent talents. Naturally, this tasks the hero with a journey across a multitude of labyrinthine levels that extend a hefty amount of verticality. Across the trek, you’ll encounter a multitude of magical factions and learn of a nefarious foe who’s done with dormancy. While there’s an undeniable Western fantasy underpinning to the proceedings, there’s some Eastern influence as well, particularly in Phoenix’s Naruto-esque run animation and the jutsu-like teleportation performed by ninja-like enemies.

But here is where things begin to fall apart. Some of the first foes you’ll encounter are natural ones, like bears and wolves. These offer no opposition and are even pushed back a few pixels when you slice them with your dual blades. Later, humanoid and magical creatures at least offer resistance, but enjoyment only stems from discovering how to attack them without taking damage. Once you’ve gleaned the proper way to confront a type of unit, cleaving through additional ones feels like a slog. 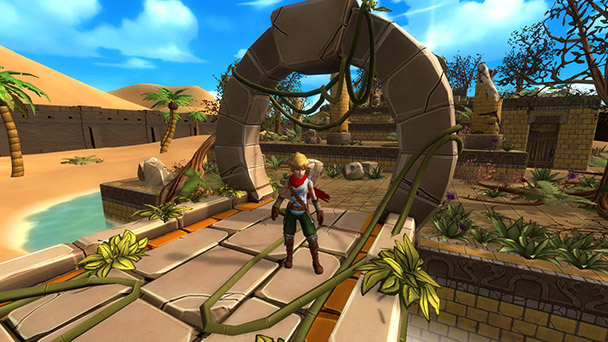 Sure, there are hints at more strategic conflicts. When you cling to a background wall, adversaries don’t usually see you, providing potential for a stealthy element. But in execution, dropping down on them feels more like a deficiency in enemy AI, rather than an intentional game mechanic.

Similarly, The Forbidden Arts doesn’t always signal danger. By studying at the game’s incongruously utilitarian map, you can spot the gaps and hazards that will bring about instant death. But having to monitor the picture-in-picture is inconvenient, especially since it doesn’t even offer any guidance in where you should be headed. Likewise, dangers often surprise. While spikes that periodically poke from walls are a customary game menace, most titles forecast where the barbs are housed with some kind of visual indicator. Whether it comes to navigation or enemies, The Forbidden Arts doesn’t sign-post, making for a lot of aggravating one-hit deaths. To compensate for this, the title uses frequent checkpointing, which feels like putting a band-aid on a bullet wound. 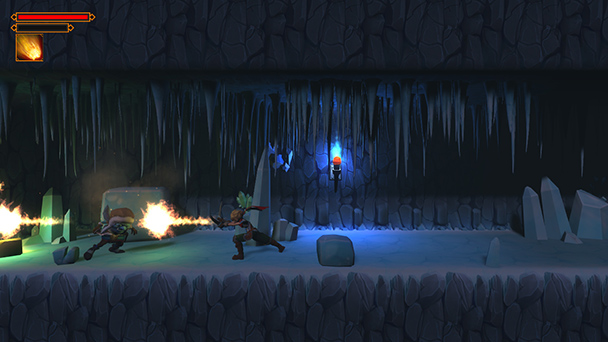 More of a Smolder than an Inferno

Peculiarly, Phoenix’s fundamental trait, the ability to use different type of fire-based attacks isn’t always needed through the game. Initially, he’ll earn a Ryu-style fireball that can be flung horizontally at foes. But, the amount of damage it does is minimal and it needs to be recharged where there are flames in the background, undermining its usefulness. Navigation can be problematic as well. Frequently, the game requires players to wall-leap up chasms. But touching the same side of a wall twice forces Phoenix into a slide.

Occasionally, The Forbidden Arts insert variation into its formula, with the inclusion of a puzzle or obstacles that requires a bit of thinking. Additionally, there are golden cubes that goad players into exploration. Acquiring these is non-compulsory but helps rebuild a part of the overworld, which makes for a satisfying reward, since these house bonus stages. 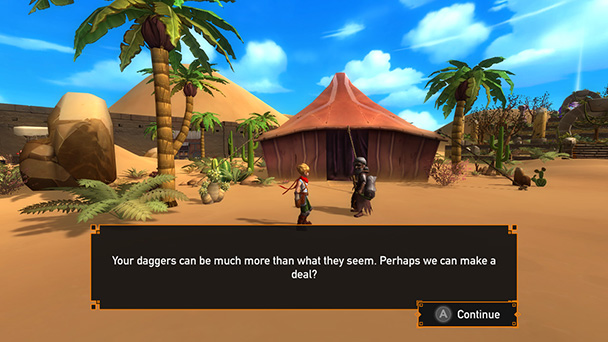 A Wealth of Obvious Issues Extinguish This Fire

Woefully, The Forbidden Arts never quite gels into an engaging experience. There’s are moments of gratification, but all too often they’re sullied by a lackluster execution. Undoubtedly, testing would have helped, and potentially alleviated obvious issues like a black crow attacking on a dark grey backdrop. All too often, Forbidden Arts doesn’t deliver of the fundamentals.

The Forbidden Arts was played on Switch with review code provided by the publisher.

The Forbidden Arts review
At their best, games offer a captivating fusion of components. When storyline, play, visuals, and sound converge in a cohesive manner, the results can be riveting, reminding us of the medium&rsquo;s potential. But all too often, this kind of synthesis isn&rsquo;t achieved with output that only hints at a developer&rsquo;s ambitions. Undoubtedly, this is the case with Stingbot Games&rsquo; The Forbidden Arts. Certainly, the Switch iteration makes a solid first impression. The game&rsquo;s visuals are especially impressive, offering assets like the kind of verdant grasses infrequently seen on Nintendo&rsquo;s portable. Notably, The Forbidden Arts delivers a dependable sixty-frame per second&hellip;

Summary : While The Forbidden Arts ambitions are noble, the title plays like it was never tested by anyone outside of the development team. There’s little excuse for a game to be release with such noticeable hitches.