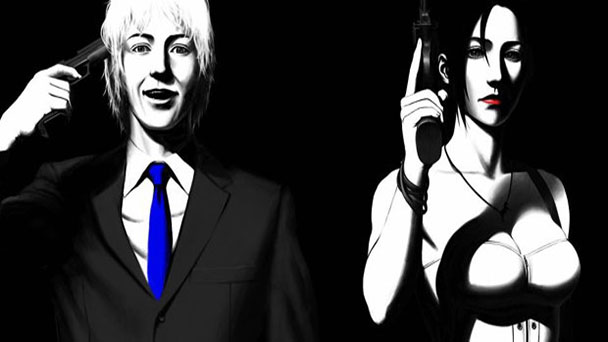 In film, auteur theory contends that the director is the primary ‘author’ of a motion picture, responsible for overseeing and uniting the entirety of a movie’s aural and visual elements. As such, a film symbolizes a personal, creative vision of its director, thereby exhibiting recognizable, reoccurring themes, and potentially, visual tropes. If this framework can be applied to video games, Goichi Suda’s body of work makes for an intriguing point of reflection.

Naturally, auteur theory works best when examining a director’s complete oeuvre. Distressingly, Suda51’s The 25th Ward: The Silver Case was nearly lost to the ages. A sequel to 1999’s The Silver Case, 25th Ward was designed as an episodic visual novel for early 2000’s-era mobile phones. But with flip phones growing extinct over the ensuing years and carriers like DoCoMo and Vodafone ceasing distribution, the game has been inaccessible for all but the most dedicated of players. Fortunately, Nippon Ichi Software’s Unity-powered remake rescues the game from the clutches of obscurity, while giving the thirteen-year old title a restorative makeover. 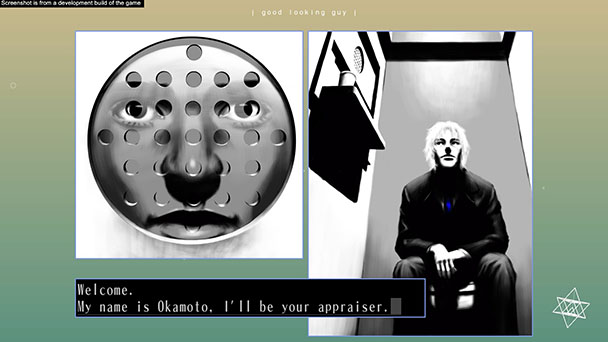 Like the original Silver Case, the game’s episodes weren’t all written by Suda51. Both Sako Kato and Masahi Ooka contributed, and along with Suda’s scenario- The 25th Ward offers three intersecting narratives spread across fifteen different sections. Although the auteur didn’t pen the entire game, his imprint is ubiquitous across the deliciously enigmatic adventure, filled with curious characters and a heaping helping of social commentary. Like any follow-up to a visual novel, you’ll want to have played the original game before delving into the sequel. While it might be possible to fathom what’s going on here, you’ll miss the allusions to events from the predecessor, and won’t be able to appreciate the return of familiar characters.

Like many of Suda51’s game’s The 25th Ward shirks conventional expositional delivery. Even with fresh knowledge of the original game, the sequel is at times deliberately abstruse, with resolutions of many narrative strands only possible once all scenarios are played through. Furthermore, conventions like narrative linearity are tossed aside, with the stories shifting through time, creating a feeling of uncertainty that lingers over the entire adventure. 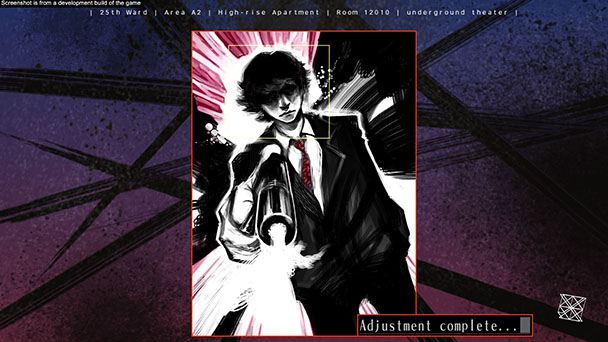 Like some of Suda51’s other titles, there’s a David Lynchian-styled approach to conversations. As such, large events will be encapsulated into abbreviated bits, while other, seemingly insignificant decisions are stretched out over long passages of text. Then, there’s the sporadic instance of non-sequitur that speaks of the small fissures of logic that upend any hope at predictability in life. But it’s the director’s fascination with idiosyncrasy that makes The 25th Ward feel so distinct. Seemingly only through the mind of Suda will gamers meet a coroner who is preoccupied with snuff films or a hardened Yakuza member concerned with dinner etiquette. But such is the enjoyment of Suda’s world, a realm filled with morally-ambiguous cops and private detectives, wrestlers, assassins and perverts.

Similarly, The 25th Ward’s world-view reiterates Suda’s captivation for the noir genre, uniting a hard-boiled gumshoe, cops driven to the breaking point, and the return of a The Silver Case character, a journalist stricken by amnesia. Likewise, the game’s context is the type of peculiar set-up like Killer7, where humans stricken with a virus became homicidal, fracturing the sense of peace when the earth’s nuclear arm arsenal is destroyed. 25th Ward similarly sees a supposed utopia, where nearly all crime has been excised, but the penalty for even the slightest disobedience is needlessly excessive. In Correctness, you’ll follow Mokutaro Shiroyabu and Shinko Kuroyanagi, two members of the Heinous Crimes Unit, an agency that cracks case through the gathering of forensic evidence. In Matchmaker, you’ll step into the shoes of Shinkai Tsuki, a who’s tasked with resolving any bad influences in the reformist region. Placebo brings back Flower, Sun, and Rain’s, and The Silver’s Case’s turtle-loving freelancer, whose sanity is pushed to the fringes. 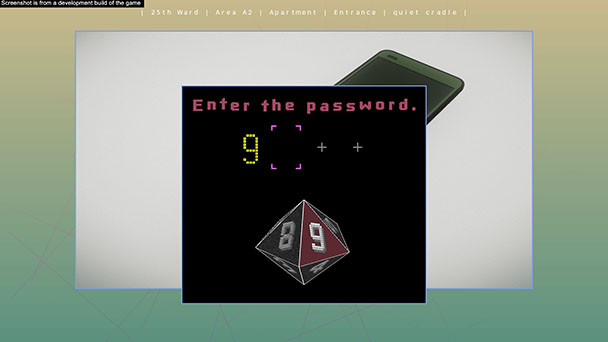 Although 25th Ward is fundamentally a visual novel, Suda inserts enough puzzles and retro-homage to push at the peripheries of the genre. In the transition from mobile to console game, the game’s input method retains the dice-based selection option. As such, some might bemoan the requirement to rotate an on-screen die choose functions such as “look”, “talk”, and “move”. But selecting from a standard menu would have sequestered some of the title’s peculiar charm.

Another potential issue is when the game satirizes game convention. Whether it’s an RPG-like section or the needle-in-a-haystack feeling of scouring an enormous high-rise for a single occupant, 25th Ward plays with your expectations. In the latter, a seemingly impossible test pushes games through a succession of clues, but later you’ll find that the majority of the puzzle’s difficulty stems from approaching the issue in a conventional manner. Even a younger Suda liked to mess with the minds of players, which has probably contributed to his loyal following. 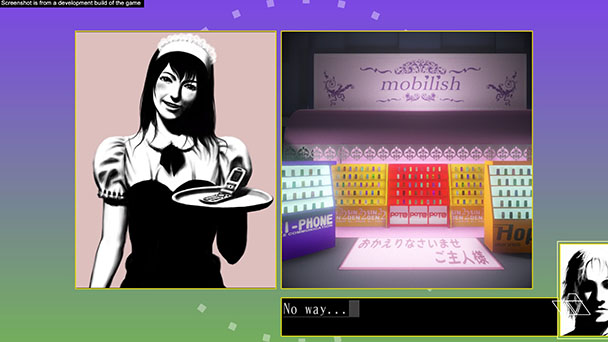 As a remaster, The 25th Ward maintains the aesthetics of the original, which giving an obvious increase in fidelity. Silver Case veterans will be familiar with the Film Window Engine, which adds variability to the typical visual novel interface by moving pictures, text boxes, and cinematics around the screen, evoking the conceptualization of futuristic user interfaces. Of course, now it all rather dated, which lends to the title’s charm. The sole issue with the renovation is the occasional crash that impeded progress twice during a play to completion.

While large publishers often reissue their most popular titles, hoping to pad the company coffers with recognizable names. But Nippon Ichi’s remaster of The 25th Ward: The Silver Case is hardly the typical cash-grab, reinvigorating a game headed toward oblivion. Sure, you could make the argument that the title was restored to capitalize on Suda51’s burgeon popularity. But the simple fact is, The 25th Ward: The Silver Case withstands the test of time, with a Suda from the past still able to confound our contemporary expectations. 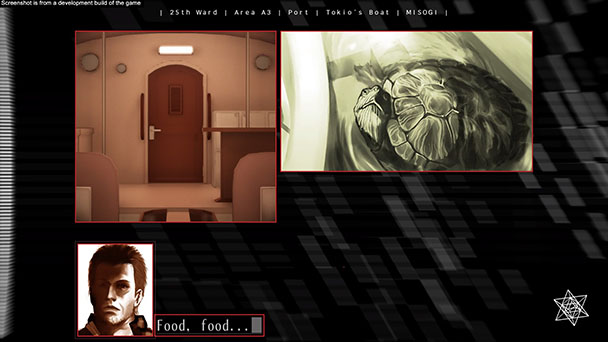 The 25th Ward: The Silver Case was played on the PS4
with review code provided by the publisher.

The Silver Case
Platform: PlayStation 4, PC
Developer: Grasshopper Manufacture, Inc., Active Gaming Media
Publisher: NIS America
Release date: March 13th, 2018
Launch Price: $29.99 via retail or digital via PSN (PS4) or Steam (PC)
The 25th Ward: The Silver Case review
In film, auteur theory contends that the director is the primary &lsquo;author&rsquo; of a motion picture, responsible for overseeing and uniting the entirety of a movie&rsquo;s aural and visual elements. As such, a film symbolizes a personal, creative vision of its director, thereby exhibiting recognizable, reoccurring themes, and potentially, visual tropes. If this framework can be applied to video games, Goichi Suda&rsquo;s body of work makes for an intriguing point of reflection. Naturally, auteur theory works best when examining a director&rsquo;s complete oeuvre. Distressingly, Suda51&rsquo;s The 25th Ward: The Silver Case was nearly lost to the ages. A sequel to&hellip;

Summary : Suda51 produces some of the most wonderfully enigmatic titles around. The 25th Ward: The Silver Case shows the auteur challenging convention early on, predicting a career defined by peculiarity. Sure, there are some elements that feel dated or clunky, but there’s still much of The 25th Ward that feels fresh.