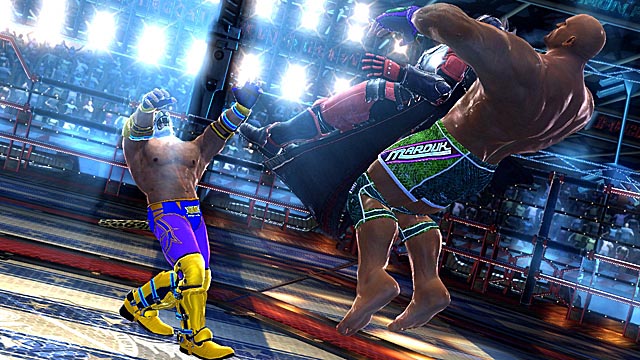 While fighting game purists have consistently championed Street Fighter’s ubiquitous output and advocated for Virtua Fighter’s often byzantine brawling, I’ve always fancied the Tekken series. The first arcade cabinet lured me in with unabashed quirk, offering an opportunity to control manic marionettes who flogged each other with liquefied grace. Later entries expanded the game’s fanciful roster, providing an arena for Jackie Chan, Bruce Lee, and J-Lo doppelgangers to clash with pandas, joey carrying kangaroos, and even an anthropomorphic oak dummy. 1999’s Tekken Tag Tournament further solidified the fighting franchise, layering a pleasing team-based stratagem over the series’ gradual tweaks and advancements (as well as a spirited bowling mini-game). Yet, as compelling as Tournament’s competitions were, the title’s lack of storyline made the fighting feel a bit empty. Recent Xbox 360 and PlayStation 3 release, Tekken Tag Tournament 2 (TTT2) hopes to remedy that omission, by offering a fighter which supplies an amble supply of plot and polish to its delightfully inclusive roster.

Before jumping right into the fisticuffs, prudent players should venture into the game’s Fight Lab. Blending loopy humor with a hands-on tutorial, this component cloaks its drills within a light role-playing context. Here, players take the helm of the Combot, a cybernetic combatant in need of instruction after the robot’s predecessor is accidently demolished. A succession of training sessions pits players against an intensifying succession of opponents, with each victory paying out a generous amount of dividends. While currency gained in Fight Lab mode may be used to issue Combot a pair of alloyed Devil Jin wings, a more practical purchase is the acquisition of fighting moves which span Tekken’s roster. Slyly, this mode demonstrates that amassing the most devastating attack isn’t the seemingly surefire method to success.  Instead, players have to think about fluidity and the momentum of combos, lest they end up with an Achilles-healed behemoth. Fight Lab’s one failing is its structure; it forces players to persevere at a mission until it’s completed. As such, novices are likely to face some infuriation amidst an otherwise entertaining set of lessons. 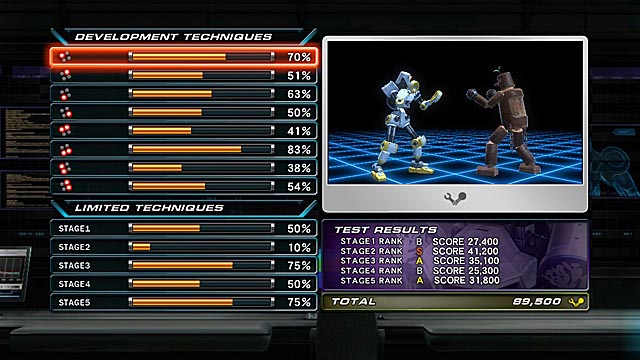 Moving into to TTT2’s main mode reveals gradual refinements to Tekken’s traditional juggley, combo-oriented action. Both offline and online components accommodate one on one, one on two, and two on two battles; the addition of Pair Play allows each member of a quartet to control an on-screen fighter. Beyond the return of Tag Throws from the first game, Tag Assaults add incidental injury to fighters caught in a ‘bound’. These devastators allow entering partners to be momentary controlled, recalling Marvel vs. Capcom 3’s Assists. Tekken 6’s destructible environments also make a reappearance; and when combined with the game’s new milieu, make for some impressive eye candy.

Expectantly, the fifty fighters which comprise the game’s line-up are impressively rendered. From Anna Williams’ sinuous limbs, Jack-6’s unfeasibly cyber-muscled forearms, to Ling Xiaoyu bouncing pigtails, minute details abound, making TTT2 a visual stunner. For many, the title’s draw won’t be the characters customary stock costumes, but the ability to accessorize each combatant with a myriad of wacky getups and hairstyles. With styles ranging from Santa suits to loligoth attire, there’s something for every fighting fetishist. Like Virtua Fighter 4 Evolution, all the customization is apt to bolster the game’s longevity, as players scrap and save for the next must-have adornment. Regretfully, the PS3 version of TTT2 exhibited a few graphical hiccups- from sporadic (albeit split-second) instances of slowdown to a flicker of reduced resolution during the post-match cinematics. 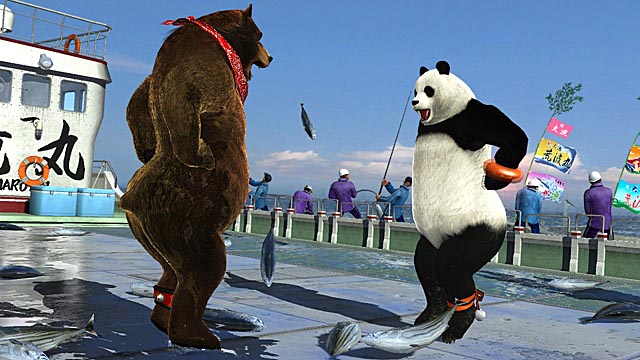 Likewise, online matches exposed the occasional spot of lag; fortunately, instances were infrequent and quick enough to not impair the enjoyment of competition. For players who thrive in rivalry, TTT2’s World Tekken Federation module appears particularly promising. Offering the ability to track stats- from simple win-loss ratios all the way to the amount of damage bestowed during combos, the integration of a Call of Duty: ELITE-style service is a natural progression for the fighting genre. Being able to exhibit your statistical success via smartphone seems poised to beguile fervent fans, as is the potential for worldwide competition.

For loyal Tekkenites who’ve patiently waited for Katsuhiro Harada’s opus since Tekken Hybrid’s tantalizing trial, Tekken Tag Tournament 2 is certain to delight. Although detractors may bemoan the relative lack of new content, they’d be missing the point. TTT2 is pure celebration, offering up a cornucopia of content, with nearly every mode and character from the franchise’s eighteen-year legacy. Save for a few, patchable issues, the game deserves a place in a fighting fan’s library.