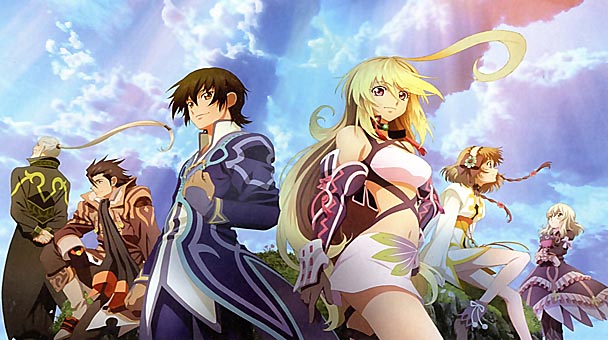 Ironically, the same principles which stimulate adoration for Japanese role-playing games are also the reasons why the genre has a constituency of critics. Much like haiku, the beauty of the JRPG stems from the scope of expression erupting from the confines of an unbending framework. For fans, the meta-narrative of a plucky, naïve adventurer who ripens to prevent a cataclysmic scenario is timeless. Of course, others see the form as derivative and stagnant, reliant on timeworn and tedious play mechanics. While the recent release of Tales of Xillia likely won’t convert detractors into devotees, the PlayStation 3 title offers more than enough subtle gradations to please both franchise fans and players who dabble in the genre.

Xillia’s most evident alteration is a choice between two protagonists. Avoiding the well-worn apprentice platitude, both characters demonstrate confidence and capability in profoundly different ways. Jude Mathias is a congenial medical student while Milla Maxwell is the physical embodiment of the four spirits who benefit mankind. While core plot points are the same for both characters, interactions are altered through each hero’s perspective. As such, Jude’s conversations are straightforward, while Milla’s background means that her exchanges are a bit more nebulous. Either way, the duo’s rapport is dependably engaging and rarely feels forced. Best of all, Xillia’s plotline knows its audience, offering foreshadowing without being obvious and enough red herrings to keep players engaged. 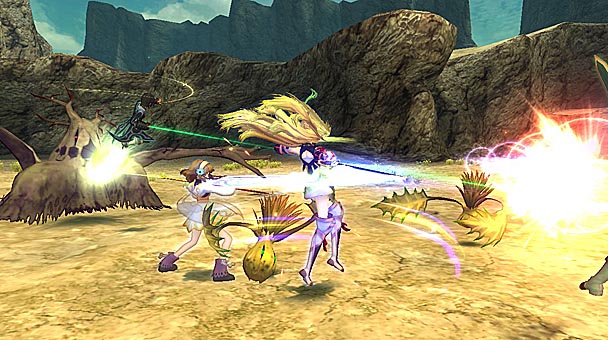 First employed in 1998’s Tales of Destiny, skits have become a reoccurring mechanic in the franchise, allowing players to glean additional understanding into plot and characterization. With Xillia, players are periodically promoted to press the Select button, which brings up a supplemental conversation between party members. Wisely, these character portrait-driven interludes indulge players with an interest in the universe, while not slowing the game’s pace for those drawn to the action-oriented combat. Gamers who delve into the skits will find that the moments help delineate the characters from basic role-playing tropes, while adding a pinch of humor to the proceedings. Who knew that Milla was oblivious to the length of her micro-skirt?

As an alternative to the methodical menu selections imposed by many role-playing games, involving real-time combat has been one of the highlights of the Tales series. With Xillia, battles inches toward the sophistication of a fighting game- with characters able to jump, free-run, guard, and employ a range of physical and arte attacks, all while monitoring two different resource gauges. Mercifully, all of the components of combat are gradually woven into encounters- and with an optional tutorial, fighting never feels overwhelming. New to Xillia is the Double Raid Linear Motion Battle System, a grandiloquent moniker for a very pleasing mechanic. Now, ally teammates can link, endowing the duo with a bevy of new combo attacks and bonuses. As such, if an enemy is relying on resources to mend their wounds, players can link with a squadmate with the ability to steal items. 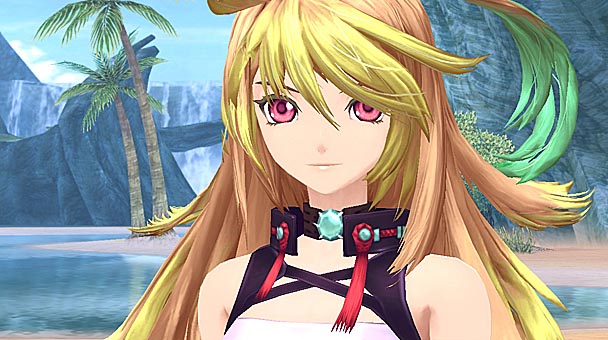 One of Xillia’s best design decisions may not even be noticed by players; combat scales gracefully to cover a range of player involvement levels. While basic AI is superbly autonomous, healing and attacking with intelligence which doesn’t seem artificial, gamers can venture into Tales of Xillia’s menus to customize ally behavior. Additionally, players may venture into the Lilium Orb system, a component which recalls Final Fantasy X’s Sphere Grid. Resembling a giant spider web, investing points into nodes increases base stats, while enclosing a section unlocks new skills. Mirroring the AI strategy component, uninterested players can opt out, allowing the game to auto-level their characters. Inventive concepts like these even trickle down to the game’s item shops, where players donate found materials so that new gear can be peddled.

With Tales of Xillia’s increase in autonomy, it may come as a surprise that the adventure is a largely linear experience. Shirking a world map, parties move through a largely guided journey, although an abundance of treasure-teaming alcoves which help to mask the developers’ decision. The addition of fast travel also helps to separate the game from say, Final Fantasy XIII, allowing players to revisit past locales and take on conventional side-quest missions such as monster extermination and item collecting. While these errands are hardly essential, they offer a reason to spend another twenty or so hours with Xillia’s charming cast of characters. 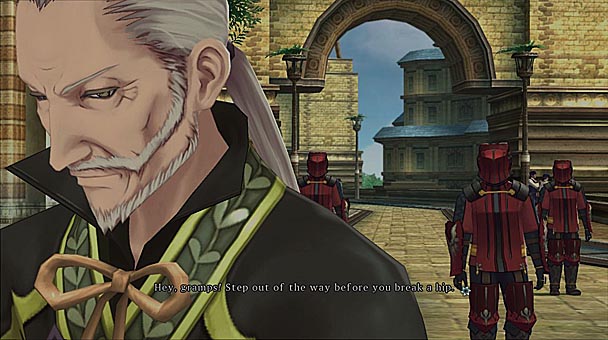 Amidst these missions and during the course of the title’s forty-hour main adventure, players will inevitably notice a few corners cut by the Namco Tales team. Notably, a number of environments reuse assets with seaports looking nearly identical. With a two year interim since the game’s Japanese release, other graphical blemishes are noticeable- from the draw-in which afflicts town visits to the occasionally low-resolution texture in close-up shots. While the game’s English dub is consistently proficient, the lack of original Japanese voice-acting is destined to draw the ire of purists. These quibbles aside, Xillia’s aesthetics aren’t without highpoints. Locations such as a city entrenched in a mountainside or the invigorating guitar riffs used in combat are bound to gratify gamers.

Japanese role-playing games favor evolution rather than revolution. As such, Tales of Xillia is a near best-case scenario, offering several new and remodeled mechanics to complement the adept action-oriented combat and skillful storytelling. Coupled with a likeably roster of characters and a refreshing amount of scalability, Tales of Xillia is poised to please series stalwarts as well as serve as an ambassador to one of the best  role-playing franchises around. 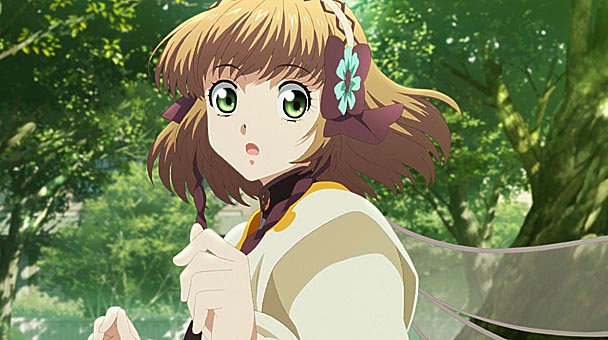 Tales of Xillia Review
Ironically, the same principles which stimulate adoration for Japanese role-playing games are also the reasons why the genre has a constituency of critics. Much like haiku, the beauty of the JRPG stems from the scope of expression erupting from the confines of an unbending framework. For fans, the meta-narrative of a plucky, na&iuml;ve adventurer who ripens to prevent a cataclysmic scenario is timeless. Of course, others see the form as derivative and stagnant, reliant on timeworn and tedious play mechanics. While the recent release of Tales of Xillia likely won&rsquo;t convert detractors into devotees, the PlayStation 3 title offers more&hellip;

Summary : Tales of Xillia demonstrates that the JRPG is still thriving, offering an invigorating combat system, engaging characters, and a plotline that isn’t patronizing.