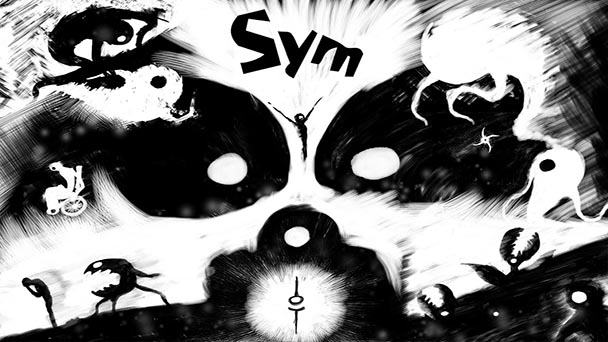 One would be hard pressed to find a genre more common than the platformer. Whether discussing the 8 and 16-bit days or modern indie games, we seem to have developed a flare for jumping on top of things. With the success of a proven formula comes a near constant flow of imitations and variations. This saturated market creates a need for developers to stand out either by perfecting an existing blueprint, implementing new gameplay mechanics or by adding a different thematic approach.

Atrax Games’ recently released platformer, Sym applies the two latter philosophies, taking an interesting design mechanic and complementing it with a unique visual experience. Billing itself as a platformer that explores social anxiety disorder, Sym had a lofty goal in mind, though sadly it misses the mark. 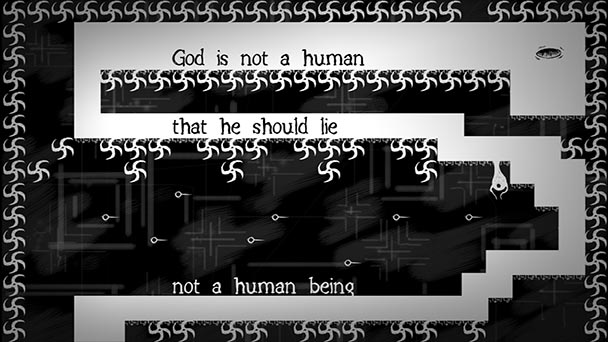 Sym has players exploring a series of 2D levels to find its exit. The graphical style seems hand-drawn and is presented entirely in black and white. Most stages are littered with environmental dangers capable of instantly killing our nameless character. There are no weapons, power-ups, or any means of self-defense, simply put: all dangers must be avoided. This does not mean you are defenseless though, taking advantage of its monochromatic motif, you can shift between light and darkness, effectively reversing gravity and allowing reach to previously unattainable locations.

This may sound simply in theory, but map designs are expertly crafted despite their small length. The main campaign is essentially divided into “chapters” with the first half building on top of the last in terms of difficulty and complexity. Soon, you’re not just jumping over deadly monsters or switching to the shadows for a better jumping position, you’ll also have to flip switches which can drastically alter a level’s layout. The effect of these switches can be seen beforehand through a series of arrows and symbols as they become increasingly convoluted, turning into a puzzle in of itself. In one particular stage it even helps if you have a basic concept of exponents in math. 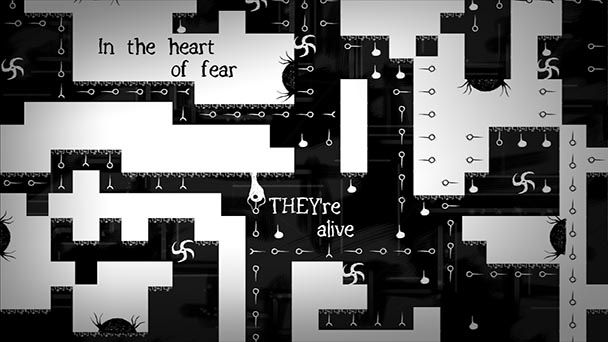 I cannot emphasize enough how masterfully crafted most of these challenges are, which regrettably, only served to compound my confusion when its flaws set in. The first one being the elephant in the room: does it explore social anxiety disorders? To me, no it does not. While it features a gorgeous art-style and a hauntingly beautiful soundtrack, the connection to social anxiety is skin-deep at best. It tells a basic premise of someone who wants to be left alone, each level being a metaphor for his or her escape from prying eyes. Adorning each location are small messages which serve as our character’s thoughts and his/her desires to run.

Unfortunately, there is nothing here that tells us about this disorder the average user doesn’t already know. While the idea of giant eyeballs constantly spying on the player, and seeing them close when we hide into the shadows is a novel concept it does not provide a satisfactory insight into this condition. 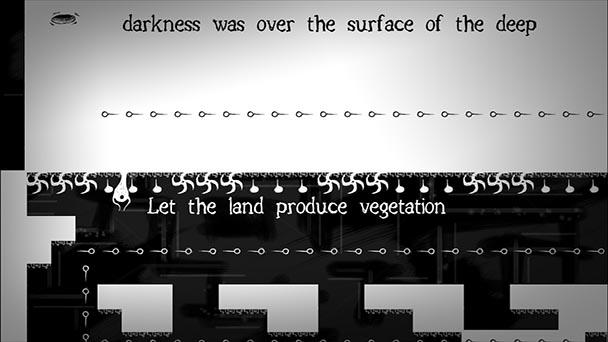 Moreover, the message seems muddled at best. Towards the end of the game, you reach a chapter called “rehabilitation” which were the easiest levels in the game as our nameless character builds self-confidence. At first I assumed this was a gameplay choice but then the end chapter provides two very opposing endings, one of which is presented as the “good” ending only to then grant the same reward to either conclusion. Not only that, but the solutions offered to someone who might face social anxiety boil down to little more than basic knowledge and common sense. Now granted, how each of us views this topic is entirely subjective, Sym may not explore the theme of social anxiety but it creates a wonderful job at creating a visual and auditory metaphor of living through it.

Unfortunately, not all of Sym’s issues are thematic in nature. The collision detection is occasionally questionable. This is especially noticeable when trying to fall through narrow paths as often I’d get stuck within the walls. The level design while brilliant actively discourages exploration, as any attempt to explore outside of the intended path is met with a timely death. Finally, the game can be finished in less than three hours. I completed my playthrough in just over two hours despite my repeated, fruitless attempts to discover any secrets. 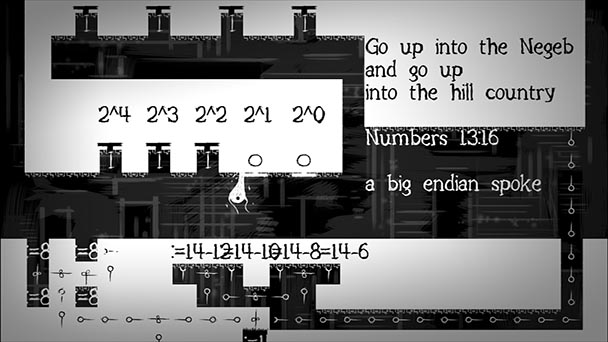 Sym was played on the PC with review code provided by the publisher.

Sym
Platform: PC
Developer: Atrax Games
Publisher: Mastertronic
Release date: May 7th, 2015
Price: $7.99 via Steam
Sym review
One would be hard pressed to find a genre more common than the platformer. Whether discussing the 8 and 16-bit days or modern indie games, we seem to have developed a flare for jumping on top of things. With the success of a proven formula comes a near constant flow of imitations and variations. This saturated market creates a need for developers to stand out either by perfecting an existing blueprint, implementing new gameplay mechanics or by adding a different thematic approach. Atrax Games&rsquo; recently released platformer, Sym applies the two latter philosophies, taking an interesting design mechanic and complementing&hellip;

Summary : Sym is a hauntingly beautiful game that provides a solid platforming experience but is lacking in content and hollow in its message.