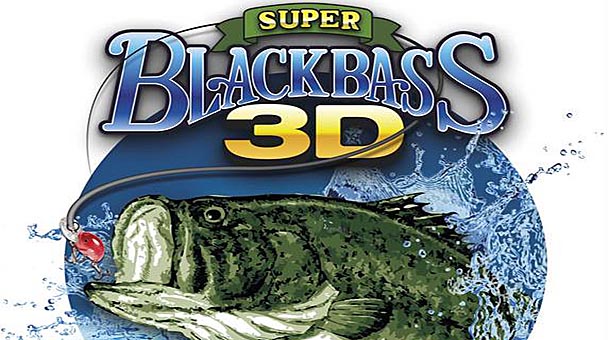 With a quirky peripheral that replicated a rod and reel combo, 1998’s SEGA Bass Fishing garnered an unprecedented amount of attention to the virtual angling simulation. However, the genre’s true roots date back to the NES era, when developer Hot-B released The Black Bass, an influential title that established many of the tenets which continue to propel contemporary fishing titles. While the Toyko-based studio filed for bankruptcy in the early ‘90s, several of the company’s employees went on to found Star-Fish, a development house focused on perpetuating the pursuit of gilled creatures.

Although the 3DS might seem like an ideal platform for a cast-and-catch title, the recent release of Star-Fish’s Super Black Bass 3D sabotages the prospect with a trifecta of abysmal visuals, forced motion controls, and hapless design decisions. Players with fond memories of selecting lures and attracting the attention of largemouth bass will be fighting the game’s core mechanics as if they were an insubordinate sturgeon. 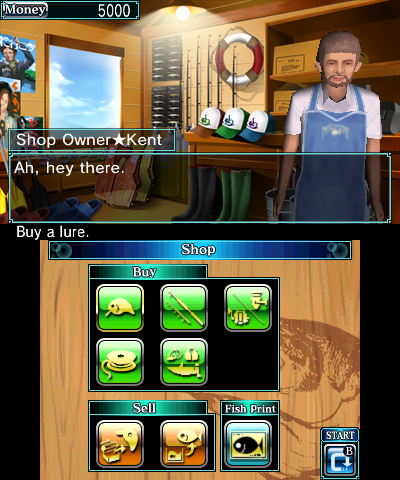 Following a screen where players enter their name and choose from two simian-faced avatars (which are identical, save for wig-like hair and an austere clothing change), they are given a brief introduction and the option to play through a brief tutorial. Should they elect for the lesson, the movements which are required for overhead casts as well are low-slung pitches are explained. Here is where Super Black Bass 3D’s core problems begin to surface. Pictographs on the bottom screen recall the ambiguity of Ikea furniture instructions, using static arrows to demonstrate motions. The instructional text is no better, asking gamers to move they 3DS away from them in one sentence and then indicating an upward motion in the next. Compounding the situation are the speed of the directions, which move so slow that in takes a few seconds to realize that the game is done explaining and waiting for interaction.

Eventually, trial and effort will guide players to the proper methods. They’ll learn that Super Black Bass 3D needs to be played in a sitting position; try to play the game lying down and the game assumes you’re yanking a fish in and will mercilessly snap the line. Although the title attempts to recreate natural casting motions, it never feels as instinctive as holding an actual rod and real. When flinging your lure across a lake surface, gamers are forces to carefully clench the top 3DS screen, lest the 3D display will thrash around like a bass tail. Not only does casting feel like it might loosen the hinge of your hardware- but using your thumb and forefinger to clasp the screen feels unnatural, sullying any illusion of recreating a real-world motion. Naturally, these gestures ruin the 3D effect, which is inexplicably absent from the tutorial. While the option for a more conventional control scheme would have been welcome, regretfully, Super Black Bass 3D makes no concession. 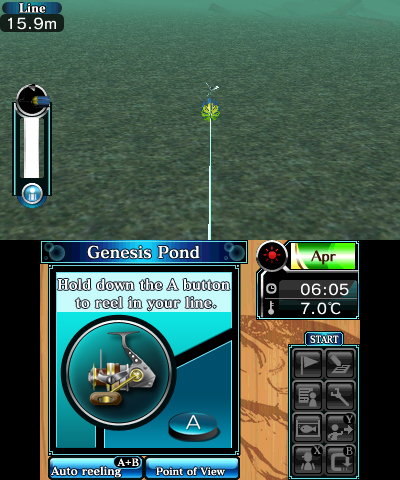 Following the shirking or completion of the tutorial (since there’s no way to quit the instruction) players are free to follow three pursuits: entering tournaments, shopping, and free fishing. Unsurprisingly, the first two components are tied, winning tournaments and pulling fish from the title’s variety of locales pays dividends used to buy better rods, reels, lures, and line. Although these elements could have worked together to create an absorbing MMO-like ‘hook’, the actual process of catching a fish impedes progression.

Although the game tries to impart the challenge of choosing a specific lure to attract certain varieties of bass, even when the appropriate bait is used, fish can be largely apathetic. As such, waiting for a fish to express interest can be a frustrating process, as they listlessly watch a lure wiggle by. Once a bass takes the bait, reeling in the catch can be just as exasperating, as even small fish put up an anomalous fight. Persistently, players have to exercise caution- if they push too hard, they will break the line, requiring a costly replacement.  Since both visuals and the amount of adversity don’t correlate with fish size, you’ll often spend time reeling in an undersized catch, that you’ll just have to throw back. 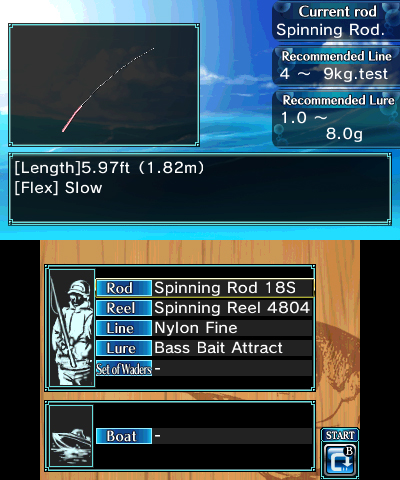 Aesthetically, Super Black Bass 3D dwells on the nadir of 3DS titles. Graphically, the game habitually animates in fits and spurts, while its aquatic environments are created from a minimum of blocky objects. Character models are especially embarrassing, revealing some of the most unattractive humans seen on the system. Socially, the title’s gentle piano strains and soothing light jazz complements the genre, but the music loops with aggravating frequency.

Super Black Bass 3D is neither hardcore simulation nor breezy recreational romp. Instead, the game shifts between the two categories, fusing fussy fish catching with ill-fitting motion controls. Amateur anglers longing for an adequate recreation of the pastime are advised to overlook the title; even a catch-and-release rental will likely leave to rebuffing. 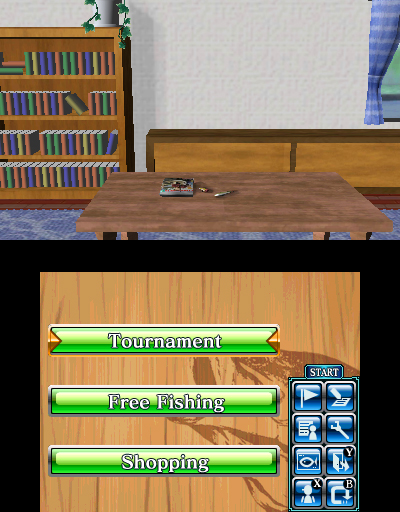 Previous: New Releases for the Week of April 10th-16th, 2013
Next: Guacamelee! Review