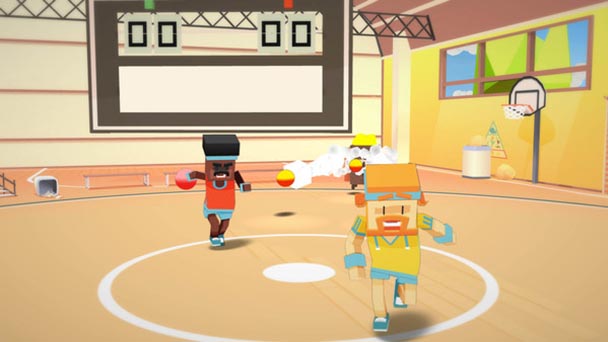 Periodically, titles like TowerFall, Nidhogg, and Paperbound remind us that some of gaming’s most blissful moments stem from local multiplayer sessions. It’s a message that’s reaffirmed by the PlayStation 4 and Steam release of Stikbold! A Dodgeball Adventure, a title that’s capable of producing the type of riotous, late-night gaming sessions that can forge salient memories. Although setting up these sessions might seem inconvenient, requiring a host to unite several schedules, the results are almost always worth it- producing a level of comradery and competitiveness that’s largely unrivaled by online matchmaking.

So if you’re able to corral a few friends together, Stikbold! is an ideal catalyst for spirited antagonism. Like some of the best entries in the multiplayer arena, the game’s control system is rooted in accessibility. It’s likely that even casual players will find controlling their virtual athlete a wholly instinctive experience. 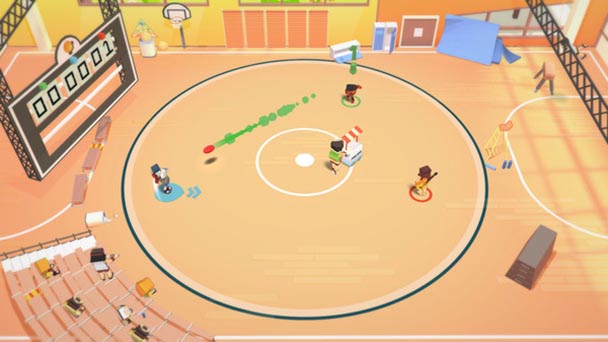 After selecting a skin for your dodge-baller, participants guide their players around the court by using the left stick. Coming into contact with a slower moving (and thankfully color-coded) ball automatically gives each athlete possession, and with a press of a trigger, players can hurl the ball at opposing players. Nicely, there’s a bit of nuance built into the game, with timing affecting the speed of your throw, while other button presses can instigate an evasive slide or even a punch to dislodge the ball from a rival’s hands.

Although Stikbold’s interpretation of the sport is truthful enough to earn an endorsement by the World Dodgeball Association, the game does take a number of gratifying liberties. Instead of a single hit removing athletes from the court, elimination is a two-step process. To keep the pace lively, the outer edges of the court act like walls, rebounding errant throws and forcing gamers to guess where the ball is going to be. The first strike with a rubber globe temporary dazes dodgeballers, with a second hit sending the athlete out of the match. Pleasingly, the title tries to include some of the more interesting variations of the sport. While reinstatements aren’t part of the game, in some modes eliminated players can create on-court havoc by riding Segways or launching a battery of balls from the sidelines. 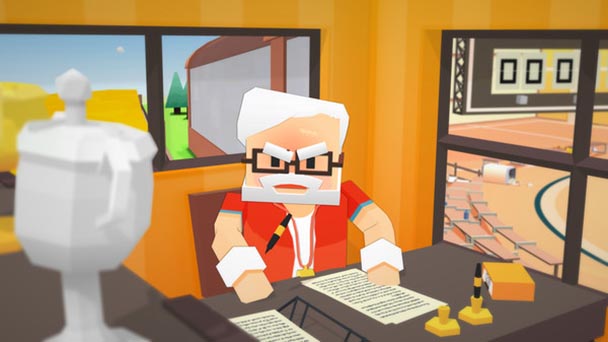 Undoubtedly, A Dodgeball Adventure is at its best when it refutes seriousness. Evidence of this is found through the game’s twelve-stage single player campaign. Here, players follow the exploits of Bjorn and Jerome, who are goaded into redemption by their coach after last years atypical second-place finish. While the banter is only mildly amusing, the visual payoffs are undeniably pleasing, as the voxelized duo challenges peeved lifeguards and beach bikers in locales that range from a pastoral roundabout, an oil rig, or even a cartoonish Hell.

Each milieu comes with it’s own set of obstacles, with crashing waves put players in a daze or clinging crabs threatening to slow players down. Pleasingly, the campaign isn’t just a succession of first of three matches either, with boss battles are really elevate the sense of whimsy. One of the first showdowns pits players against a careening Volkswagen bus driven my maniac hippies who toss acoustic guitars at players. The sole downside is that AI teammates might be adept at conventional dodgeball, but when the lovechildren start trying to mow them down they have a difficult time staying out of harm’s way. 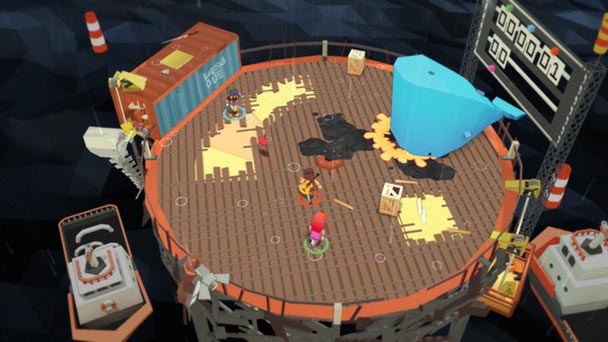 If you’d rather not have stage hazards to content with, Quick Match allows players to turn off these elements. Here, you can create a game with up to four local humans and two AI bots, allowing for everything from tense oppositions to chaotic free for all. Naturally, the omission of any any online component is irksome. But if you can round up a few eager challengers, a local game is the proper way to enjoy Stikbold.

Visually, the game’s block-based aesthetic is clean and uncluttered, allowing competitions to be enjoyed without visual distraction. On the PlayStation 4, the game maintains a fluid sixty frame-per-second delivery, with only the occasional hiccup when things get especially intense. While player skins offer incentive to continue through the campaign and strive for secondary objectives, differences across the roster of athletes are cosmetic, and don’t alter performance. To complement the game’s ‘70’s vibe, the soundtrack employs driving disco beats and funky R&B cuts. Largely, they’re solid, without being infectious enough to warrant a separate soundtrack release. 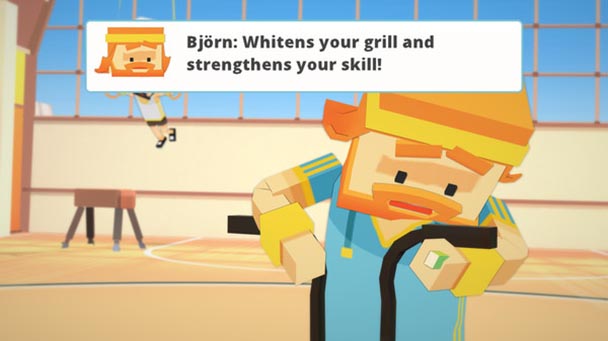 While not quite as engaging as local multiplayer romps like Bomberman or Worms, Stikbold! A Dodgeball Adventure is a competent contender, offering a lively rendition of the schoolyard favorite. While the lack of online play is certainly disheartening, and while the title’s twelve missions and six courts might seem a bit modest, these issues are balanced by the game’s affordability.

Stikbold! A Dodgeball Adventure was played on the
PlayStation 4 with review code provided by the publisher.

Stikbold! A Dodgeball Adventure
Platform: PlayStation 4, Xbox One, PC
Developer: Game Swing
Publisher: Curve Digital
Release date: April 1st, 2016
Price: $9.99 via PlayStation Store, XGS, or Steam
Stikbold! A Dodgeball Adventure review
Periodically, titles like TowerFall, Nidhogg, and Paperbound remind us that some of gaming&rsquo;s most blissful moments stem from local multiplayer sessions. It&rsquo;s a message that&rsquo;s reaffirmed by the PlayStation 4 and Steam release of Stikbold! A Dodgeball Adventure, a title that&rsquo;s capable of producing the type of riotous, late-night gaming sessions that can forge salient memories. Although setting up these sessions might seem inconvenient, requiring a host to unite several schedules, the results are almost always worth it- producing a level of comradery and competitiveness that&rsquo;s largely unrivaled by online matchmaking. So if you&rsquo;re able to corral a few friends&hellip;

Summary : Stikbold! A Dodgeball Adventure offers plenty of multiplayer thrills. Coupled with the game’s single-player (or cooperative) campaign, the title is definitely worth the asking price.