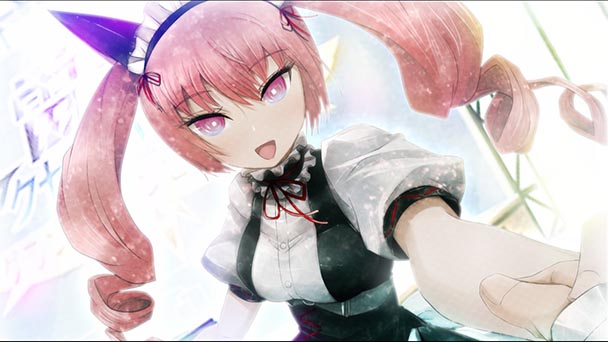 Time travel is a popular premise across almost every medium. But like most high-concept narratives, it’s often used as a catalyst for engaging human interaction rather than an opportunity for scientific speculation. From the comical interplay between the eccentric ‘Doc’ Emmett Brown and the spirited high school student Marty McFly in Back to the Future to the exchanges between Chrono Trigger’s cast of beguiling adventurers, many stories sidestep a detailed explanation of how their own brand of temporal transportation actually works. Largely, that’s OK, as the plot device creates a number of interesting opportunities for rapport and repulsion between characters.

Delve into the recent PC release of Steins;Gate and you’ll quickly discover creator Chiyomaru Shikura’s infatuation with grounding time travel in a detailed, plausible context. The novel’s lead, Rintaro Okabe, an obsessed, possibly paranoid, first-year student at Tokyo Denki University, has crafted a number of peculiar contraptions. Inside his Akihabara-based ‘Future Gadget Laboratory’, Okabe tinkers away, building odd devices inspired by both anime and games. From a ray gun channel changer to a humidifier shaped like one of Solid Snake’s Claymore mines, the inventions are science-grounded curiosities that lack much much functional value. 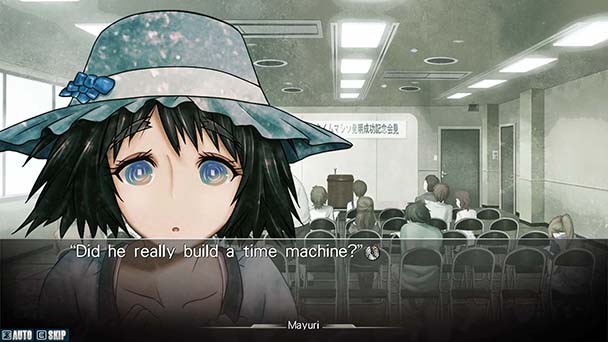 But that changes when his jerry-rigged union of a phone and microware generates something called Kerr black holes. While physical items tend to become irreversibly jellified when attempted to be sent through time, Okabe discovers that email messages can be sent to the past. With this discovery, Steins;Gate’s floodgates swing wide open, extending a multitude of possibilities rooted in scientific scholarship. A lesser novel would have created a lone explanation for the phenomenon, but Shikura-san and company deliver no less than eleven scientifically-accepted explanations and even acknowledge the existence of many more.

Those with an elementary understanding of quantum theory are bound to be enraptured by Steins;Gate’s jumble of theory, speculation, and high fantasy,  as the novel acutely understands the possibility for implausibility to break the work’s delicate sense of immersion. For those indifferent about things like wormholes and cosmic strings, the work offers a flawless application of time-travel’s more common refrain, extending an absorbing chemistry between its characters, as well as a wealth of dramatic tension, and the occasional instance of heart-wrenching sequences. 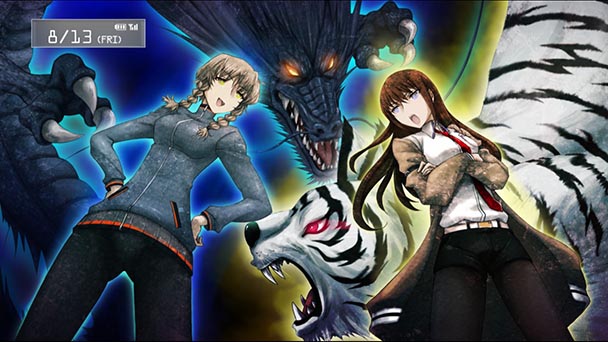 At first glance, Gate’s cast seems to be entrenched in trope. From the requisite tsundere, to a plucky, but seemingly intellectually challenged girl who works part time at a maid café, characters seem in danger of being able to be defined by single-sentence descriptions. But the teams at 5pb and Nitroplus prove to be remarkably shrewd, challenging readers’ stereotypical impressions with engaging exposition. Sure the novel’s first few hours can be rather slow, but for the remainder, Gate will habitually upend your expectations and make you care about each lab member.

Gradually, the archetypes fade and multifaceted personalities emerge. And this type of development is needed, as Gate’s branching plot may force players to make a few difficult decisions.  Seemingly miniscule changes to history can produce ripple effects- and as the only one capable of conceiving changes to the time-space continuum, these decisions can be devastating for Rintaro Okabe. While Steins;Gate produces moments of fleeting whimsy, it’s clear that the writers have larger aspirations. As such, some of the plot points are fated to resonate with reader long after they finished the twenty-five-odd hour journey. 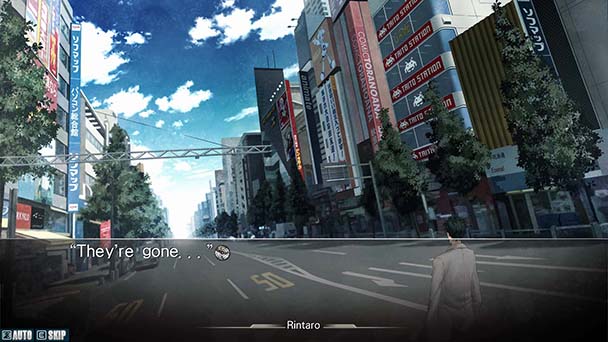 Gate’s trajectory is a far removed from the foreseeable forks in most branching visual novels. At the heart of its diverging paths is the Phone Trigger system, where players might receive a call or text from another character. If you choose to answer, you’ll noticed certain words highlighted in blue. Clicking on one of these, sends a pre-programmed message to the sender. Trying to obey a preferred path isn’t possible, as you never quite know what Okabe’s exact response will be. Likewise, it’s hard to predict the consequences of your actions. Sometimes a selection will elicit a bit of extra exposition from a confidant. In other instances, a seemingly unimportant decision will affect the novel’s ending.

One of the possible downsides of this approach is player uncertainly. Not only are reactions difficult to forecast, but at times, players can pick up the phone to communicate with a comrade, adding another layer of complexity. Other than a subtle clue from the lead, it’s possible to overlook being the initiator of communication. Collectively, all these elements mean that Stein’s gating is well below the threshold of player perception, making for an interesting, but occasionally frustrating trek. Although Steins;Gate allows readers to save progress at almost any time and permits fast-forwarding through previously passed pieces of plot, you might need a FAQ to uncover all of the novel’s content and conclusions. 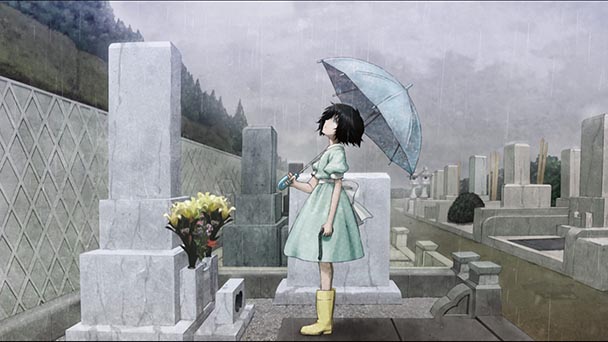 Those who have watched White Fox’s anime might think there’s little incentive in picking up this interactive version. But beyond the allure of viewing alternate endings, there’s another aspect that makes Steins;Gate on PC worthy of consideration. Reading Rintaro Okabe’s internal dialog not only helps flesh out his character, but also adds gravitas to many of the calamitous situations. Of course, the novel’s top-notch voice acting helps sell many of the situations as well. Although some might balk at the lack of any English option, it would be incredibly difficult for a cast to recapture the range of spoken sentiments, even when working with the novel’s spotlessly localized script. Visually, the bespeckled aesthetic remains distinctive, and helping to disguise the seven-year span since the original Xbox 360 release.

Get past the first few hours, and Steins;Gate delivers a rollicking roller-coaster ride of twists, turns, forking paths, and remarkably poignant plot points. For science buffs, it’s exploration of theory is unmatched in the medium- while those more interested in engaging character interaction and ethical quandaries will appreciate just how affecting the plot can be. Personally, I loved Steins;Gate for its context, with numerous illustrations and details impeccably capturing the essence of Akihabara. As such, the novel offer yet another form of time-travel, capturing life in one of Tokyo’s most vibrant and celebrated districts. 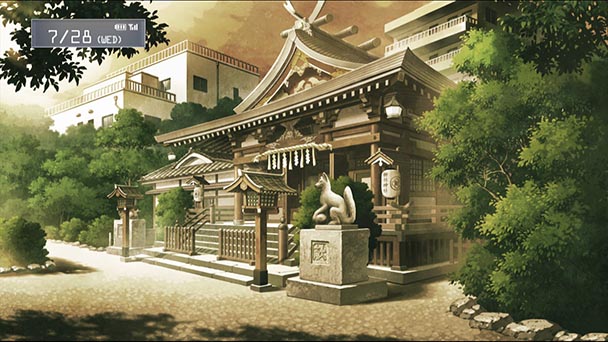 Steins;Gate was played on PC with review code provided by the publisher.

Steins;Gate
Platform: PC
Developer: Mages, 5 pb, Nitroplus
Publisher: Mages
Release date: September 9th, 2016
Price: $34.99 via Steam
Language(s): Japanese voice, English text
Steins;Gate (PC) review
Time travel is a popular premise across almost every medium. But like most high-concept narratives, it&rsquo;s often used as a catalyst for engaging human interaction rather than an opportunity for scientific speculation. From the comical interplay between the eccentric &lsquo;Doc&rsquo; Emmett Brown and the spirited high school student Marty McFly in Back to the Future to the exchanges between Chrono Trigger&rsquo;s cast of beguiling adventurers, many stories sidestep a detailed explanation of how their own brand of temporal transportation actually works. Largely, that&rsquo;s OK, as the plot device creates a number of interesting opportunities for rapport and repulsion between characters.&hellip;

Summary : With near-universal acclaim since its 2009 release, Steins;Gate is one of the medium’s more important works, blending involving character interaction with probably a semester’s worth of scientific survey.