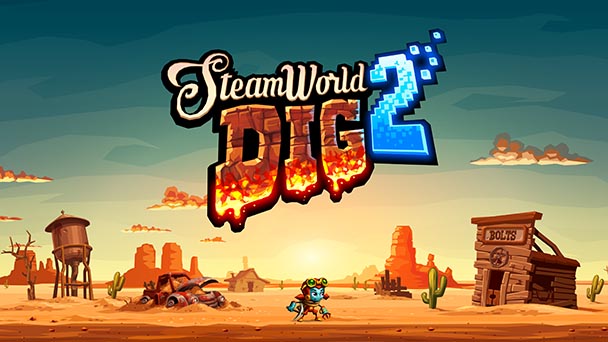 As an indie title that captured the polish and effervescent charm of a first-party Nintendo game, 2013’s SteamWorld Dig was a rarity. For a follow-up, Image & Form crafted SteamWorld Heist, which was based in the same robotic, wild west universe but swapped it’s mining mechanics for squad-driven, turn-based combat. While it was every bit as enjoyable at its predecessor, the departure signaled that the Gothenburg-based studio had an abundance of creative ideas. With the release of SteamWorld Dig 2 the team revisits their subterranean success, crafting a sequel that matches the ambition of the original, while implementing their brand of ingenuity in subtle, yet influential ways.

While SteamWorld Dig had a storyline, excavation was definitely favored over exposition. Here, we met Rusty, an intrepid steam-powered robot, who inherited a mine after the passing of his uncle. Figuratively and literally, he hoped to get to the bottom of things, burrowing into the ground- with adversity and narrative ambiguity emerging at the game’s deepest level. For the sequel, players take control of Dorothy- a intrepid bot from the first game who determines to discover the fate of her fellow townsmen. 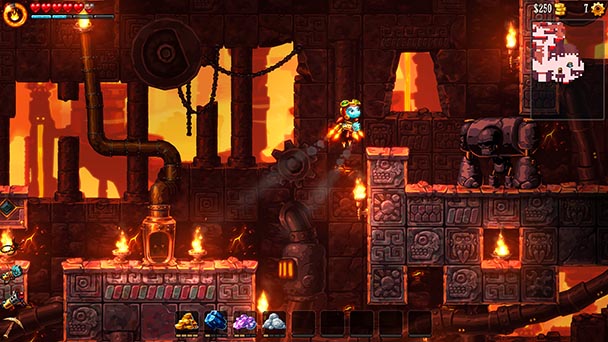 Unlike Rusty’s adventure, Dorothy doesn’t have to excavate alone, with an azure sprite named Fen accompanying you on the journey. While Fen essentially replaces an in-game tutorial, his enthusiasm for explosions is both comical and charming. Even more, his character arc is surprisingly developed, as he grows from antagonist to becoming an indispensable companion. This improvement is also demonstrated by the game’s NPCs- with the citizens of El Machino generally offering more conversation, and skewing toward role playing-like characterization in the process.

As you direct Dorothy’s downward investigation, you’ll likely notice that she has different loadout than old Rusty. Smartly, she also scampers upward when supplies are low and her carrying capacity is maxed, bounding off walls with an athleticism that would make Ryu Hayabusa envious. And at the start of the game, her only tool is a pickaxe of dubious quality, meaning that she can only break through the softest sections of the underworld. 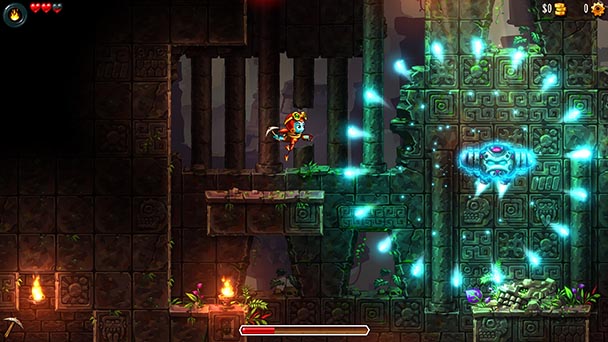 But soon, Dig 2’s Metroidvania influences surface, as Dorothy is given tools like sticky bombs, a jackhammer, and a hookshot- each permitting entrance to previous unaccusable areas. With the sequel, the developers abandoned the procedurally generated environments in favor of carefully crafted level designs. On the downside, this removes the wonder of autonomy, where you buried deeper and developed your own method for exploration. Here, the pre-designed rock formations feel less organic, with plenty of puzzles to solve if you determined to extract every last bit of ore. But on the upside, this decision gives the developers with more control over the experience. Now the game’s cycle of digging down, fighting enemies, and bringing back materials is driven by a persistent stream of perks.

Eliminating the occasional adversary, rewards players with experience points- and at regular intervals you’ve level up, escalating the buyback rate at El Machino’s assay office. Money earned by trading in minerals helps to augment the capacity of your toolset, increasing the size of your backpack, the strength of your armor, or allowing your pickaxe to tunnel through rock more rapidly. Like the original game, SteamWorld Dig 2’s gameplay loop is propelled by the constrained resources Dorothy carries on her back, with each quick trip downward contributing enough dividend to maintain appeal. This time out, there’s a pneumatic tube system for fast travel and a blue arrow to indicate where players should be headed. 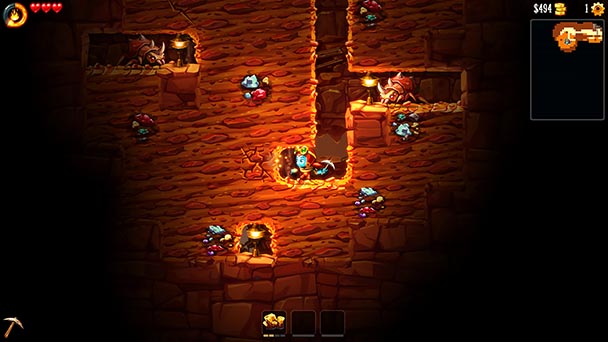 Head into one of the doors that leads to one of Dig 2’s mini-dungeons and you’ll discover one of the most traditional elements of the game. Each of these areas tests a specific ability, and are often quite challenging. But the upshot for success is the mastery of an aptitude, the feeling of accomplishment, and typically, a cog which can be used to further augment your arsenal. Satisfyingly, these components are just rare enough to force players into making some thorny upgrade decisions. Pleasingly, you’ve never locked into a constrained tech tree; going to the town’s workbench allows you to reassign your supply of cogs.

On the PC, SteamWorld Dig 2 looks downright lovely, extending visual amenities like bloom and ambient occlusion on modestly-powered rigs. While the title should be commended for automatically setting options based on the capability of your machine, showing output resolutions instead of using an ambiguous slider would have been welcome. Performance wise, the unlocked framerate on PC resulted in fluidity, with only the occasional instance of slowdown (on both a GTX 1050Ti and a 1070). On the Switch, no drops in framerate were detected, with the title delivering a sixty FPS output when undocked. 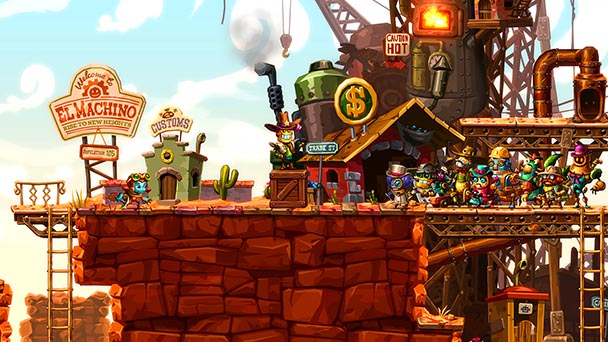 The original SteamWorld Dig was a tough act to follow, merging mechanics from Miner!, Boulder Dash and Metroid into one of the best indie titles of 2013. Although the movement away from randomized environments might have the potential for worry, Image & Form have managed to make the alteration work. Sure, some of the potential for replay has been reduced, but now the six to ten-hour journey feels notably focused, with a cadence and drip feed of rewards bound to induce immersion.

SteamWorld Dig 2 was played on the PC and Nintendo Switch
with review code provided by the publisher.

SteamWorld Dig 2
Platform:
PC, Nintendo Switch, PlayStation 4, PS Vita
Developer: Image & Form
Publisher: Image & Form
Release date: September 21st, 2017 (Switch, PC), September 26th, (PS4, Vita)
Price: $19.99 via digital distribution
SteamWorld Dig 2 review
As an indie title that captured the polish and effervescent charm of a first-party Nintendo game, 2013&rsquo;s SteamWorld Dig was a rarity. For a follow-up, Image &amp; Form crafted SteamWorld Heist, which was based in the same robotic, wild west universe but swapped it&rsquo;s mining mechanics for squad-driven, turn-based combat. While it was every bit as enjoyable at its predecessor, the departure signaled that the Gothenburg-based studio had an abundance of creative ideas. With the release of SteamWorld Dig 2 the team revisits their subterranean success, crafting a sequel that matches the ambition of the original, while implementing their brand&hellip;

Summary : SteamWorld Dig 2 works so well because it taps into so many gaming gratifications. While exercising mind and reflex, the title indulges the desire for exploration, rewarding your efforts with a steady succession of perks. While the pharmaceutical industry chases after a side effect-free happy pill, Image & Form have engineered the interactive equivalent.