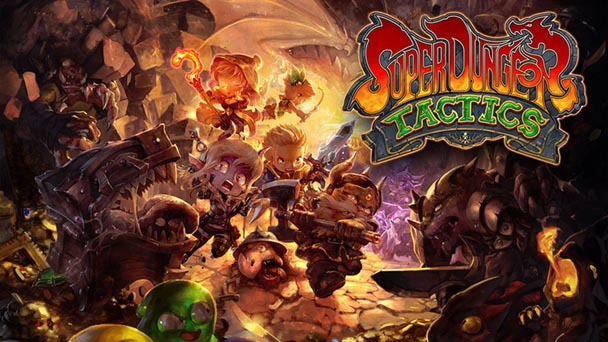 Game launches are complicated affairs- we’re repeatedly reminded of that statement every time a triple-A, big budget title stumbles at release and PR issues it’s subsequent apology. For smaller studios without the payroll to hire a plethora of beta testers, the first few weeks of a product’s life can be nerve wracking- with developing rushing to fix the myriad of things that can go wrong with computer code. To get an appreciate of the post-launch crush, we had the opportunity to speak with Underbite Games’ Cory Heald about the development of Super Dungeon Tactics and the company’s effort to mend the game’s inaugural imperfections.

Tech-Gaming: Let’s talk about Super Dungeon Tactics remarkable journey. Originally, Japanese role-playing games inspired the creation of table-top title, Super Dungeon Explore. How did the team at Underbite games decide that they wanted to bring the board game back into the realm of interactive entertainment?

Cory Heald: We have known the team at Soda Pop Miniatures\Ninja Division for some time and had a great working relationship.  We were initially approached to do a very small simple game but our team proposed doing a much bigger project.  We felt that Super Dungeon was a very fun and interesting property that would have a large appeal.  After some short discussions we started work on the design.

T-G: Table-top games and electronic games often have some notable differences, from play sessions intended for shorter sessions to the need for multiple players. How difficult was it to take Super Dungeon Explore and convert it into a strategy role-playing game?

CH: The Table-top game provided a nice base to work from and also a very rich art direction so that really helped us move very quickly.  We really wanted to provide something new for both existing Super Dungeon players as well as digital turn-based strategy users.  This meant we would not do a direct port of the table-top game but rather have our game loosely tied mostly through character designs and terms.

We developed a physical prototype of the game using custom dice and miniatures.  Maps were drawn on Plexiglas over 1” grid paper.  This allowed us to very quickly test our core game design which went very well. We then moved to digital development using the physical prototype as a strong guide.  As development continued, the prototype was still used to help with level design.

T-G: Where they any SRPGs that inspired Super Dungeons Tactics design decisions?

CH: We all play and love strategy games so there are many great games that had influences, however, there was not one in particular that we focused on.  Our goal was to take this beloved genre and bring some things new. 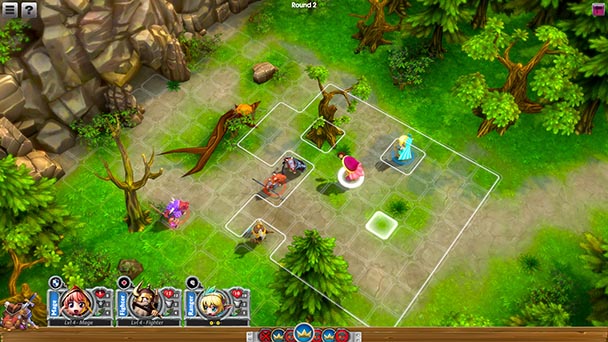 T-G: The game’s most recent update, 1.1.1. fixed a number of niggling issues many players had with the user interface. How did some of these inconveniencies make their way through beta testing?

CH: Beta testing was an interesting experience for us.  Since we were a very small team on a small budget, we had to be very resourceful.  We did manage to create a relatively large beta user community and we also demoed the game a most major shows for over a year for what we thought was more real-world feedback.

While this feedback was helpful, it ultimately did not find everything.  Tradeshow users loved the game but had us available if needed for questions plus the demos were shorter and less complicated.  The beta testers feedback was more on misspellings and tutorials.  Since we got very little feedback on UI, we assumed it was good.

Some of the updates were things we had wanted to get into the game but simply ran out of time, which happens to almost all developers.  It is very difficult to know when enough was enough since you can always add more. There were multiple reasons why some things got through and we learned some hard lessons. We certainly will use a much more diverse beta testing team (or early access) next time.

T-G: The patch closely followed the launch of the game. The Underbite team must have put in some overtime…

CH: We did work some crazy hours.  Our team decided early on that we wanted the community to be a focus of our company so we responded as quickly as possible to the requests and fixed any issues.

T-G: On the upside, the patch radically improves Super Dungeon Tactics’ Now, things like the character menu are accessed much easier. Beyond reading the Steam forums, how did you track and evaluate the requests of players?

CH: The Steam forums were our primary method of communication.  We responded to every post within hours and recorded the request\issue.  As a team we talked about the priority of each and when we could address it. We did also have analytics that helped find and bugs and see generic player data as well. 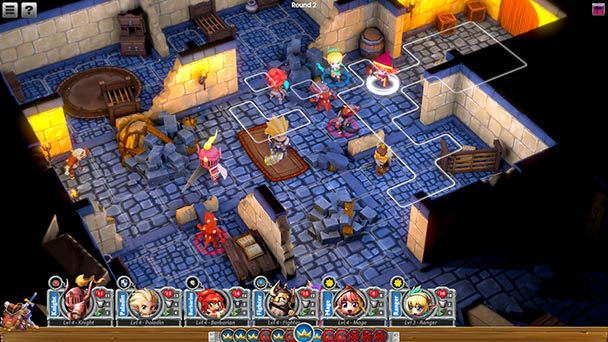 T-G: Are they any plans for future patches? (if so) What kind of changes can we expect to see?

CH: Yes, we have a new update (1.2) coming very soon.  This will introduce a more streamlined Guildhall (based on user feedback), achievements and many new levels for those who want to replay the game and new players. We have plans to also extend the games campaign but want to first focus on the core product.

T-G: Super Dungeon Tactics still likes to center the camera after a turn. Would we ever be able to toggle that perspective shift off?

T-G: How has player reaction been toward the title?

CH: Player reaction has be very good – steam reviews are “mostly positive” at the time of writing.  People that really have gotten into the game see that we tried something new and the dice mechanic has been very well received.  We offered the 5 difficulty levels so that just about anyone could play the game and be challenged.

On the flip side, I think the style of the characters and also quest style may have turned some people off who were looking for a remake of a game they have played in the past. 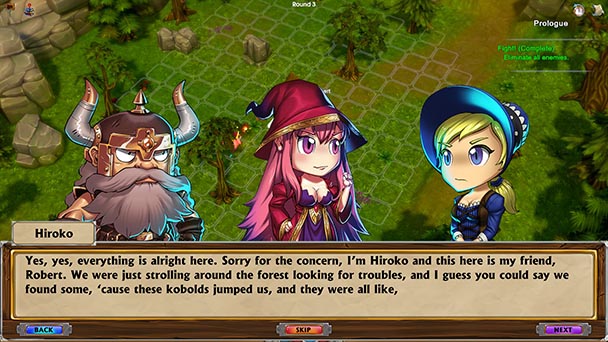 T-G: Super Dungeon Explore veterans might miss the social aspect of the property. While there’s cooperative play on the same machine, it would be gratifying to be able to join forced with our fellow net-based adventurers. Any plans to implement that?

CH: Our hope was that the game would be a good single player experience that would compliment the table-top game since sometimes it is hard to get a group together.  We have ideas for multiplayer and have even showed two-player at several conventions so it is not out of the question.  In the short term we want to keep strengthening the single player experience before moving on.

Tech-Gaming would like to thank Cory Heald and the rest of the Underbite Games team for their participation!