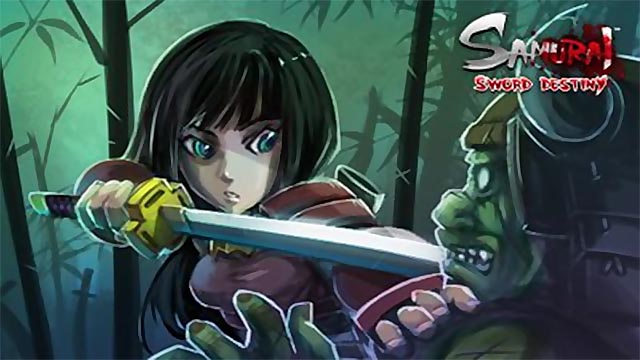 What is the concept? Although gameplay videos might suggest that Samurai Sword Destiny is little more than a simplistic beat-‘em-up in the vein of Data East’s Kung-Fu Master or Vigilante, the title has several gameplay hooks which help to offset any feelings of antiquation. The recent 3DS eShop addition tasks players with stepping into the well-worn tabi of Akane- a female samurai resolute on the rescue her elder brother. Standing between the persevering protagonist and her ambition are two distinct types of stages.

The more traditional levels pit Akane against throngs of homogenous ninjas, monks, and evil samurai. Although the heroine has a conventional slash which develops into area-clearing combo, her more advantageous attack is a dashing slash. Holding down the ‘X’ or ‘Y” button while moving the circle pad (or alternatively, drawing the strike with the stylus), Akane slices right through multiple, adjacent enemies. Both satisfaction as well as the combo meter swells as the samurai recurrently hacks opponents, as they stand around futilely against a nimble, frenzied foe. 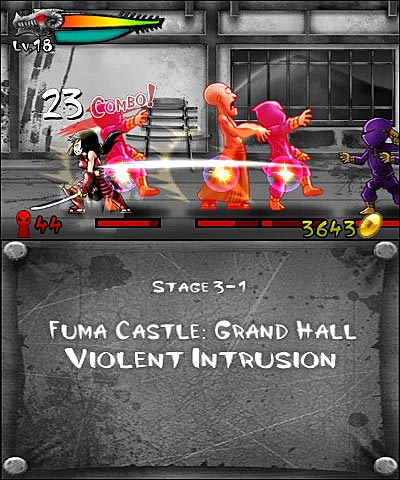 What are the game’s strengths? With well-drawn colorful sprites set amidst picturesque monochromic backdrops, Samurai Sword Destiny’s graphics offer attractiveness as well as visual distinction. With the 3DS’s slider cranked all the way, the title exhibits an engaging sense of stereoscopic depth complemented by multiple levels of parallax scrolling. Sonically, the game’s soundtracks combine traditional Eastern instrumentation, choral arrangements, along with more modern stylings to deliver pleasing melodies which complement the action well. 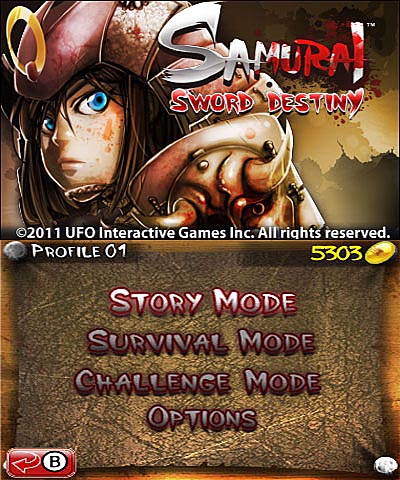 To counterbalance the lack of diversity in Samurai Sword Destiny’s stages, the game offers up a rewarding customization component- where monies collected by dispatching opponents can be spent to bolster Akane’s offensive and defensive abilities. Pouring coins into the protagonist allows an increase in hit points, floor rolls, and even the regeneration of health while standing. Conversely, augmenting her katanas increases the severity of normal and charged attacks and increases the potency of combo strikes. Regretfully, two oversights mar the system: improvements do little to improve Akane in the scrolling stages while renewal of health can be exploited indefinitely between waves of attackers.

What are the game’s weaknesses? Although enhancing Akane and her swords opens up new offensive possibilities, these improved attacks are used against the same few enemies in similar levels. Ideally, Samurai Sword Destiny would have offered a greater variety of villains to kill with a wide array of attack patterns. Although the inclusion of Survival and Challenge Mode offer additional ways to earn money, they aren’t dissimilar enough from the levels in the main campaign. 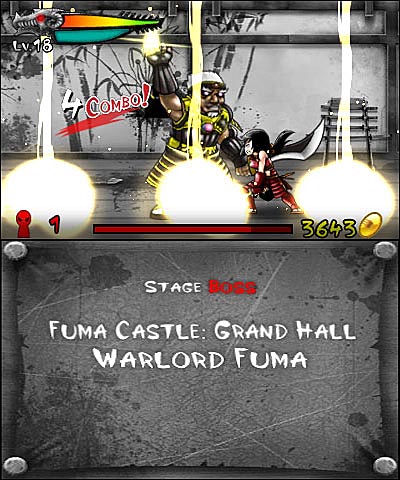 Would I enjoy this game? As long as players are fundamentally opposed to a bit of repetition, Samurai Sword Destiny narrowly warrants its $5.99 USD price. While 3DS owners with an ache for iaido will want to add the title to the digital library, others may want to wait and see how Sakura Samurai: Art of the Sword before unsheathing a credit card from their wallet.

A copy of Samurai Sword Destiny for the 3DS was provided by the publisher for review.