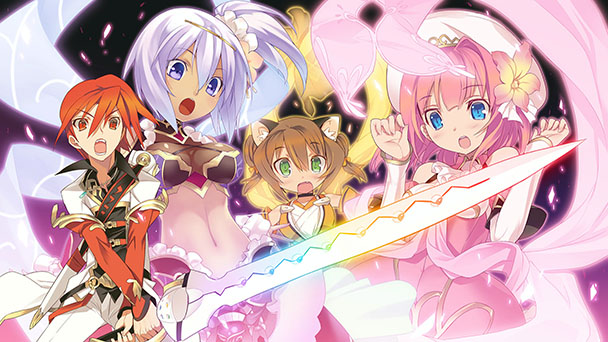 Potentially, there are a few reasons why you might want to bypass the recent PC release of Record of Agarest War Mariage. As a port of a 2012 PSP game, Mariage’s execution is constrained by the capacities of the original hardware. While this remaster aptly upscales the title’s 480 × 272 output, play was designed for a portable with reduced clock speeds and rationed RAM. Go in expecting sophisticated, contemporary mechanics and you’ll be poised for disappointment.

But you’re probably here because you appreciate the opportunity to play a Japanese exclusive that been localized with English subtitles, or you realize that the occasional need for grinding can be inexplicably gratifying. Perhaps you welcome a bit of uncensored fan-service during a period when publishers are growing more prudent. There’s also the satisfaction found in a harem RPG, where a trio of girls compete to become your object of desire. Don’t worry, I’m the last person that’s going to pass judgment. 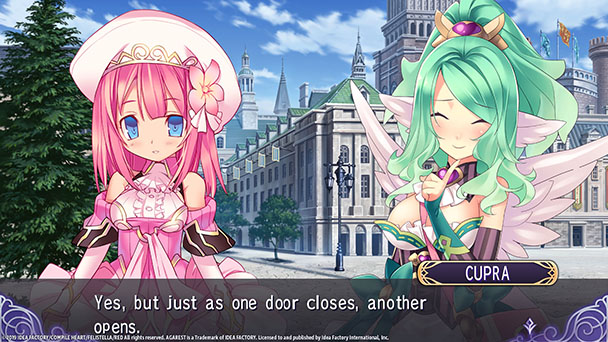 Head into the game’s campaign and you’ll be thrust in medias res, as protagonist Rain and a trio of female sidekicks are hunting down the Archdemon. Sophisticated character development isn’t Mariage’s strength, but the title manages to have fun with it’s cast. Red-haired Rain is the reluctant hero, even through he’s the descendant of generations of valiant adventurers. But unlike many harem leads, he’s not just a high level battlefield administrator and is rather formidable in combat.

Panina is the game’s resident ‘older sister’, offering enough quirk from her youth spent in a traveling circus. Clad in a frilly, pink attire, Felicia was Rain’s childhood friend, but when his duties of hero became apparent, the pair grow apart. The separation seemingly affected her, prompting her to become a Maiden in the service of others. Finally, there’s the adorable Kunka, Mariage’s anthropomorphic love interest. While being a bit naïve, her enthusiasm and perpetual hunger make her a prospective sweetheart. 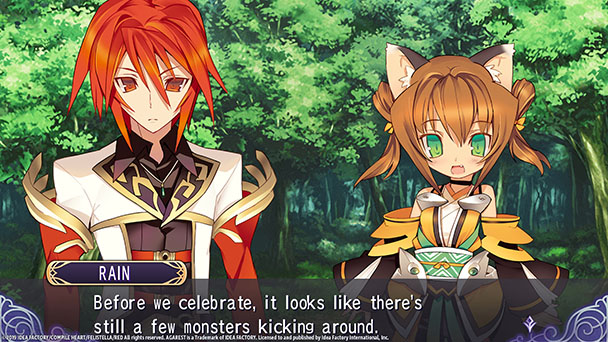 For cynics, Mariage’s cast might be rooted in trope and preoccupied with fan-service. But for those who relish gaming’s ability to simulate relational development, the title can bring enjoyment. Sure, it plays into wish fulfillment, but who wouldn’t appreciate a trio of suitors fervent on winning your affections. Some might object to the intensifying loss of clothing as you grow closer to Mariage’s characters. But look past the apparent titillation and you’ll see the game uses bare skin as a marker of intimacy. Later, you’ll scan for pleasure spots, which unlock weapons and capabilities.

Cultivating affection also plays into Mariage’s generational component, which is a reoccurring constituent for the Record of Agarest franchise. Although this is a standalone title that requires no previous knowledge of proceeding entries, you’ll still want to consider what traits you’ll pass on to your in-game offspring. While some of that is based on your choice romantic partner, qualities are also burrowed in the game’s role system. 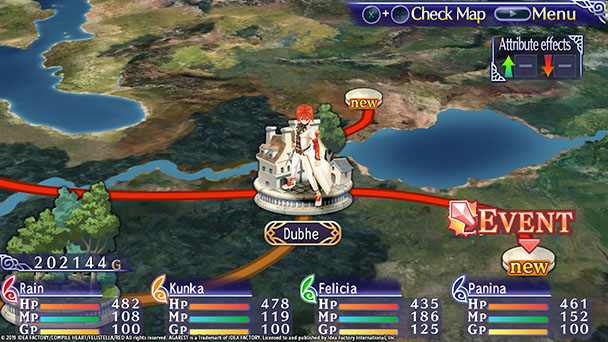 Initially, your adventuring party is pre-assigned to attacker, defender, healer, and supporter roles. But interestingly, Mariage lets your characters swap jobs, acquiring new skills in each role. Additionally, development stems from the game’s distinctive tech trees. Here, you’ll use found materials and currency to unlock new skills. Make no mistake, Mariage goads gamers into grinding. Try to tackle a boss who exceeds your stage of development and they’ll wipe your adventurers in a turn or two. But the title also ensures you can’t just slaughter an endless succession of subordinates to advance. Linger in one area, and experience dividends dwindle down to nothing, forcing you to move along.

Fortunately, the game’s battle system balances accessibility with nuance. Turn-based battles are organized by turn-order with players able to select from a menu offering attacks, skills, and the use of items. It’s undoubtedly an engaging system, but the game’s cryptic abbreviations and lack of explanations means you’ll have to experiment to utilize elements like linked attacks. Unsurprisingly, these are the type of assaults that are needed to overcome Agarest’s higher-level adversaries. Beyond truncations, a few other ailments dogged Mariage’s generational journey. From an opening cinematic that displays a blank screen to sporadic crashes, at times it can feel like at Early Access title. 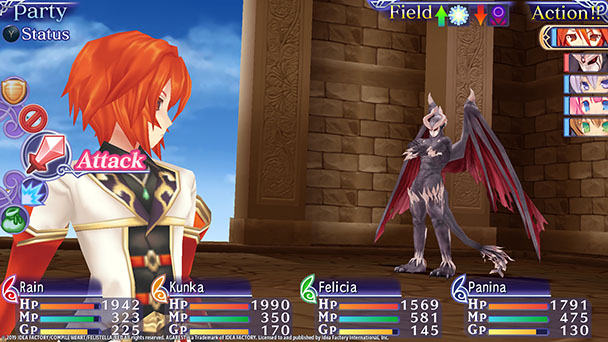 Every Mariage Has Its Issues

Despite these woes, there’s gratification to be found across the trek. The game’s portable origins makes Mariage enjoyable across short play sessions, especially since you’re able to save at most moments during the game. The title’s adventuring is quite easy to jump right back into after breaks, with branching lines representing rambles across environments. As such, it’s rather difficult to get lost. With the ability to take on a multitude of missions offered at each town, there’s just enough incentive to explore without losing track of your party’s main priority, too.

As a seven-year old port of a portable game, Record of Agarest War Mariage might not have the aesthetics and amenities of a modern title. But if you’re able to overlook these qualities, the title offers an enjoyable and delightfully nostalgic journey. Hopefully, Idea Factory International will give the game the patching it deserves. 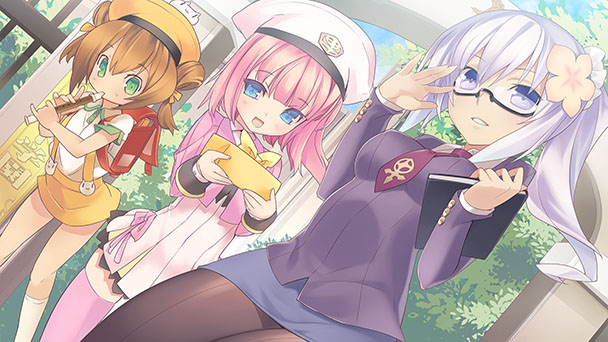 Record of Agarest War Mariage was played on PC
with review code provided by the publisher.

Record of Agarest War Mariage review
Potentially, there are a few reasons why you might want to bypass the recent PC release of Record of Agarest War Mariage. As a port of a 2012 PSP game, Mariage&rsquo;s execution is constrained by the capacities of the original hardware. While this remaster aptly upscales the title&rsquo;s 480 &times; 272 output, play was designed for a portable with reduced clock speeds and rationed RAM. Go in expecting sophisticated, contemporary mechanics and you&rsquo;ll be poised for disappointment. But you&rsquo;re probably here because you appreciate the opportunity to play a Japanese exclusive that been localized with English subtitles, or you realize&hellip;

Summary : Veering from the franchise’s strategy role-playing roots, Record of Agarest War Mariage is an enjoyable albeit antiquated standalone title. Although the port has a few problems, it’s gratifying to see a once Japan-only PSP title appear on Steam.